The smell isn't the only reason not to stand downwind 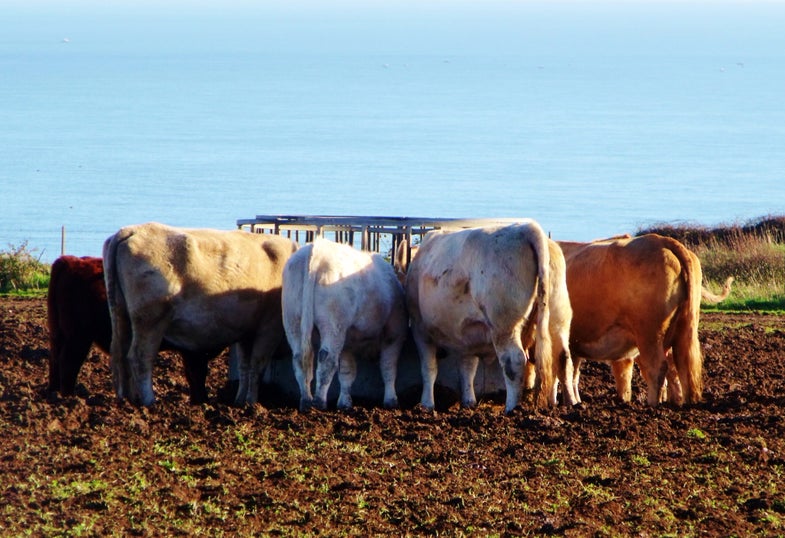 It’s one thing to watch what you eat, but if you’re worried about the antibiotics used by the meat industry, you may be mindful of where you breathe, too.

While bad smells don’t carry disease, other particles associated with bad smells can be airborne. Take a commercial cattle yard for example. Filled with tens of thousands of heads of cattle, the smell downwind of one of these yards can be overwhelming. But the same breeze that carries the odor to your nostrils might be carrying other stuff too.

In the paper, the authors note that “people living in the vicinity of feedyards often complain about excessive dust, and airborne microorganisms and by-products from feedyards are considered potential human health threats.” Drought conditions and strong winds in the area could exacerbate those problems in the future, they note.

The researchers worry that the particulate matter that carried these antibiotics (along with bacteria and antibiotic-resistant genes) could travel long distances, just like dust from Africa travels across the Atlantic. Their study didn’t look at the distance dust from cattle yards could travel, but they hope future research will measure how far it can travel in the time it takes for the antibiotics to degrade. (In soil, for example, tetracyclines take 30 to 180 days to degrade.) If they can’t travel very far, or if they degrade fast enough, then we can probably come up with ways to contain the issue. As we’ve seen in hospitals recently, antibiotic resistance isn’t something to mess around with.