Solar Collectors Covering 0.3 Percent of the Sahara Could Power All of Europe

A company plans to construct the world's largest solar power project ever, in the Sahara 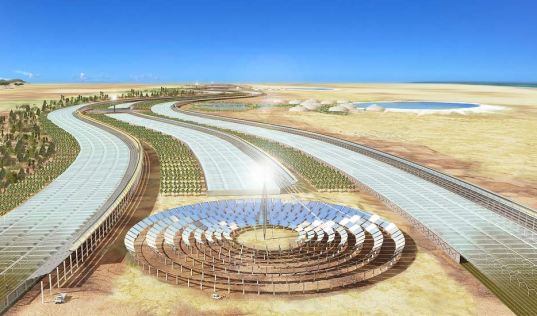 Solar power is an exciting source of renewable energy, but has so far mostly been used to power little things like homes, cars and small villages. But what if solar energy was used on a scale that would power the majority of Europe? The Desertec Foundation, a Jordanian and German company are hoping to secure financing for a radically ambitious project to harness solar energy in the world’s most barren, sun-drenched expanse, the Sahara Desert. Desertec claims that if only 0.3 percent of the expanse of the Sahara was covered with solar panels, it would power the entire European continent. If up to 1 percent of the desert were covered, it could power the entire world.

Desertec hopes to construct decentralized solar fields across different parts of Northern Africa within the next 10 to 15 years. They predict that these installations will generate about 100 gigawatts of power, which would be sent over high-voltage DC lines buried under the Mediterranean and power about 15 percent of Europe. Their plans get even more ambitious from there. The company hopes to also set up a series of desalinization plants in the area as a source of clean water and for irrigation in the region in hopes of reclaiming portions of the desert. They even have a long-range plan that adds wind farms to the mix.

These solar installations would constitute the world’s largest, 80 times larger than any currently planned solar arrays. However, getting it up and running is still a ways off, and will require an investment of up to €400 billion before it gets off the ground. The project could also face certain dangers, such as damaging sandstorms and political instability in the region. Yet despite the potential setbacks, many large European companies are backing the project. If realized, this could set the standard for the future of renewable energy. 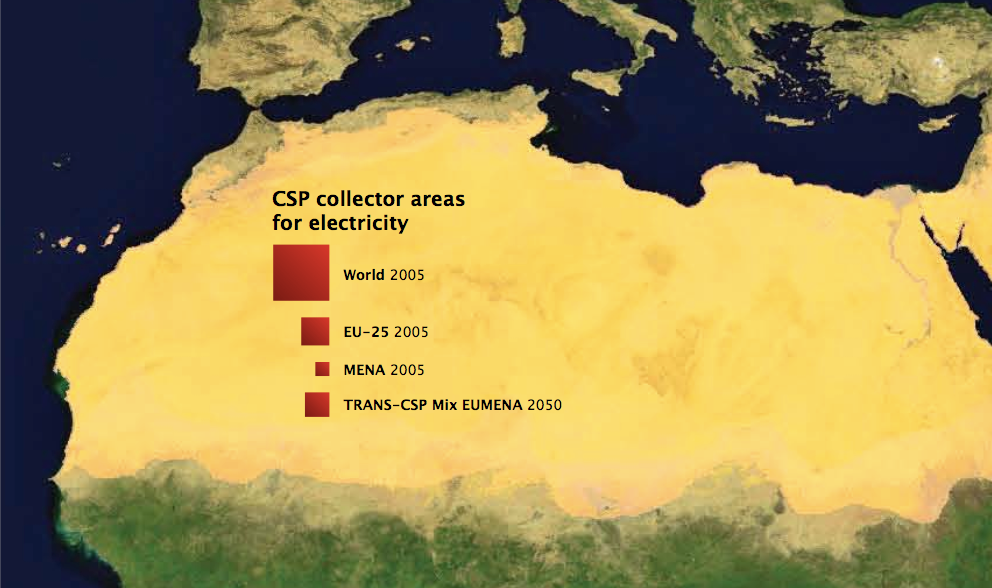 Estimates on the relative size of solar collection needed to power Europe, the World.