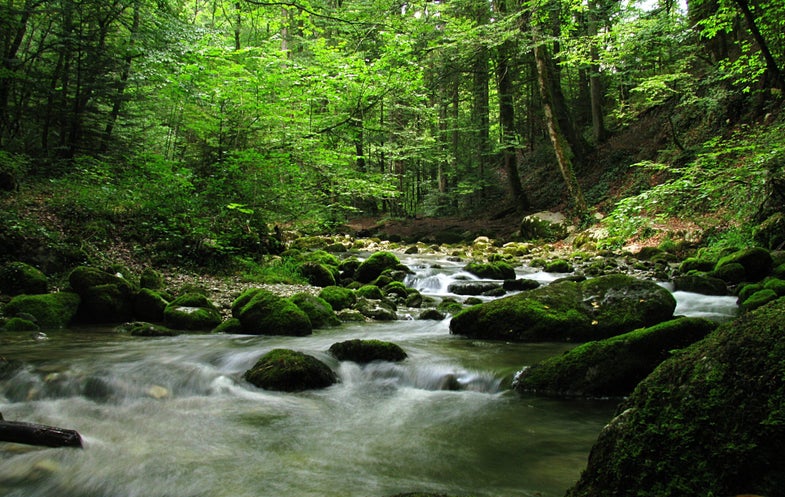 Tampons are pretty much only made for their one purpose, but engineers at the University of Sheffield figured out a way for this feminine hygiene product to clean up the environment.

Many household products that end up washed down a toilet or a bathroom drain contain optical whiteners, chemicals designed to make whites whiter and brighter. They’re found in detergent, toothpaste, and even shampoo. So when optical whiteners show up in a stream or river, it means that somewhere, waste from a human dwelling is getting into the water. And that’s not good.

But figuring out the exact amount of optical whiteners floating around in our waterways can be tricky. Absorbent materials could be used to soak up water samples for testing, but many of these fabrics are treated with the same whitening chemicals, so they wouldn’t be able to provide an accurate representation of whiteners in the water. Tampons, on the other hand, aren’t exactly made to be looked at, and don’t get the same chemical brightening treatment, making them the perfect neutral detector.

“That’s why tampons, being explicitly untreated, provide such a neat solution. Our new method may be unconventional – but it’s cheap and it works,” environmental engineer David Lerner said in a statement.

In a new paper published today, Lerner and his team described how they used tampons and a black light to detect pollution in waterways in the U.K. They figured out that because tampons are so absorbent, they can easily soak up even minuscule amounts of optical brighteners. And oddly enough, these chemicals show up under UV light, so a particularly glow-in-the-dark tampon serves as a good indicator of a polluted waterway.

To prove their point, they went to 16 surface water outlets and left tampons in the water for three days. Then they shone a black light on the tampons, and nine of them glowed, indicating the presence of pollution. The team chose four of the nine to follow back to the source of the pollution, dipping tampons into manholes along the way, and were able to figure out which buildings were leaking sewage into the waterways.

What researchers won’t do for the love of science.