A steep new tariff on imported solar panels will have a profound effect on the industry. 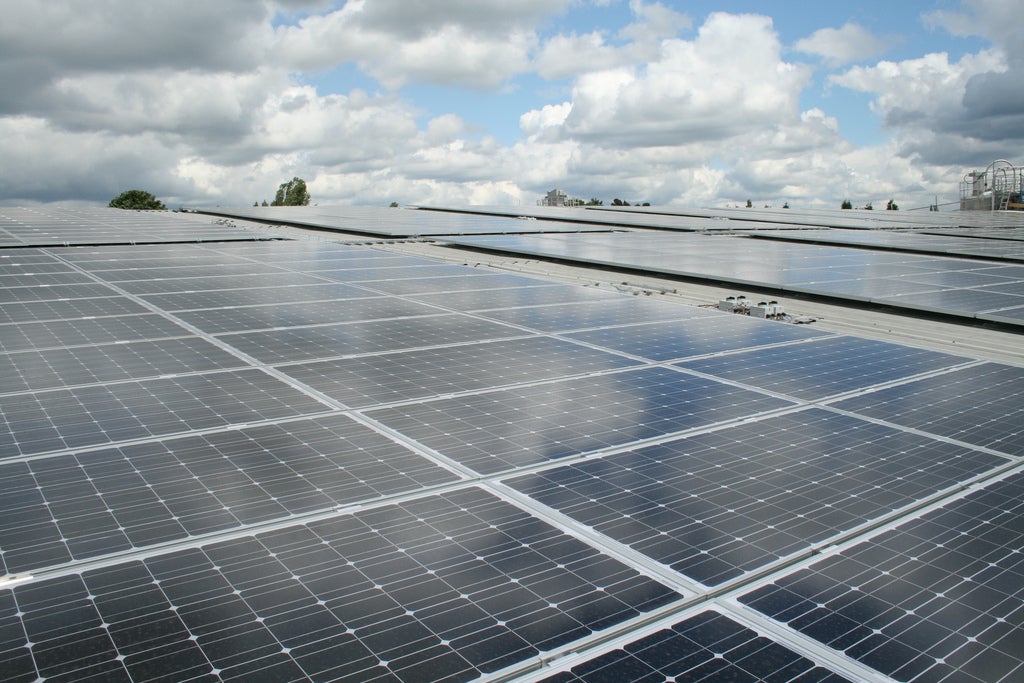 For the last decade or so, solar energy’s future was so bright, you needed sunglasses to look directly at it. Thanks in large part to the Solar Investment Tax Credit enacted in 2006, the solar sector has seen an average annual growth of 68 percent over the last decade. In 2016, the cumulative capacity of American solar energy surpassed 40 gigawatts, which is enough energy to power 6.5 million households. Some 374,000 people held solar jobs as of 2016 and solar panel installation has been the fastest-growing occupation in the country, according to the Bureau of Labor Statistics. But solar providers worry their perspectives may have suddenly dimmed.

In January, President Donald Trump announced his approval of a 30 percent tariff on all imported solar modules and cells. As many predicted, the subsequent months have seen a seismic shift in the industry, with Reuters reporting in June that approximately $2.5 billion in solar installation projects have been cancelled since the tariffs were finalized. Looking at this news, you might feel (sun)burnt by the fallout over Trump’s decision—and left with quite a few questions about solar technology.

What are solar panels made of?

Solar panel technology has evolved substantially in the last few years, but the basic premise remains the same. The panels are a collection of photovoltaic cells. These crystalline silicon cells are typically formed by encasing slices of silicon in glass. When sunlight hits the cells, the electrons flee the silicon. When the electrons are trapped, they create voltage. Once they’re transported through wiring, those volts are pure energy.

Where are these panels produced?

The majority of solar installations in the United States—roughly 80 percent—use imported panels. Most come from Malaysia (36 percent) and South Korea (21 percent), with China, Thailand, and Vietnam each contributing 8 to 9 percent. The raw materials are sourced from all over the world, a reflection of the industry’s globalized supply chain.

While China supplies just a small fraction of American solar panels, it’s one of the biggest producer of photovoltaics globally—and has been subjected to solar tariffs before. China’s success in this particular manufacturing sector has a fairly long history. Back in the 1990s, Germany established a solar incentive program that caused an explosion in the nation’s demand for rooftop panels. China saw this need and ran to fill it. Soon, other European countries were instituting similar programs and finding themselves with increased demand, which China sought to fill. By getting in on production early—and doing so aggressively, with enormous semi-automated factories—China outstripped its competitors. Over the last decade, global prices for photovoltaics dropped by almost 90 percent, in part because of China’s efficient production system and market dominance.

What is the rationale for this new tariff?

For many worried about air pollution and climate change, access to inexpensive solar arrays from China was seen as an essential to the industry’s growth and with it the slow replacement of fossil fuels with green energy alternatives. “[The panel] is effectively the resource. In the oil and gas business, you go and find low cost and oil and gas,” Francis O’Sullivan, MIT Energy Institute’s director of research, told PopSci. “In the solar industry, you go and find the lowest possible panels you can.”

However, the low likelihood of this has led others to wonder what the administration’s true motivations are. O’Sullivan and other experts argue that these new renewable energy roadblocks are just another way of driving consumers to fossil fuels like coal. Notably, the policy also looks “tough on China,” which is a familiar Trump talking point.

How is the new tariff likely to affect the U.S. energy market?

Strangely enough, while these tariffs are pricey enough to reduce installations, they are probably not significant enough to bolster American manufacturing. That’s because building up the infrastructure necessary to produce abundant solar panels would be time-consuming and expensive. “It takes time to build a value chain that’s that efficient,” O’Sullivan says.

Analysts predicted the most likely outcome would be a destructive chain reaction: Tariffs would cause a shortage of panels. That, in turn, would drive up prices. And those price hikes would reduce demand for solar energy. It was estimated 23,000 solar installers, who just a few days before the tariffs were announced had the fastest-growing job in the country, lose their jobs. The intervening months have seen some of these predictions borne out. According to the June report in Reuters, many executives decided their utility-scale solar projects were no longer cost-effective, leading companies to put the kibosh on new installations—and the jobs that come with them. And the fallout could continue. “I think on balance, the likely job losses that will come from a slowdown of 10 percent or more in deployment would probably significantly outweigh any gains,” O’Sullivan says.

The tariff could have farther reaching economic impacts, too. “When it comes to something like electricity, which is a pure commodity, it’s really important to offer the lowest cost option,” O’Sullivan says. “You can smelt metals, you can run data centers, you can do whatever you want.” If solar energy declines, costlier alternative fuel sources will have to replace it.

What will this cost?

For residential systems, like rooftop solar panels, we’re likely to see a 3 percent increase in price, according to analysts at Bloomberg New Energy Finance estimate. For solar farms, which produce solar energy to feed to a utility or shared grid, the cost hike is likely on the order of 10 percent.

“At the utility scale, which is really where the bulk of installations happen, the cost of the panel is a much bigger contributor to the overall cost of the system,” O’Sullivan says. “Adding 10 percent really has a cost on competitiveness in many markets. That’s where you’re going to see projects put on hold.” (Installers seem to agree; they’ve been been hoarding equipment since last year

Why is this happening now?

This ball started rolling back in April 2017 when Suniva, a Chinese-owned, Georgia-based solar cell manufacturer, filed bankruptcy. The company attributed its decline to the low prices of foreign panels. In June, it filed a trade suit asking the U.S. government to consider placing import tariffs on foreign manufacturers to give Suniva and its ilk a leg up.

In October 2017, the International Trade Commission released the result of its analysis of tariffs on imported panels. The commission recommended tariffs as high as 35 percent. Initially, Bloomberg reported, “[t]he U.S. solar industry let out a collective sigh of relief” after these numbers were released, as many installers feared much worse. On Monday, the Trump administration announced it had settled on its own final number: a tariff of 30 percent.

Is there precedent for this kind of tariff? ?

In 2012, then-President Barack Obama created his own tariffs on solar panel imports. Those “anti-dumping tariffs” were instituted because the administration believed China was selling solar panels that had been heavily subsidized and then sold significantly below fair market value. Much to the excitement of SolarWorld Industries America, Obama’s policy placed tariffs of 31 percent and up. While American manufacturers may have been excited, the tariff failed to stimulate much domestic production of solar panels, raised prices on solar panels, and resulted in retaliation from the Chinese.

Beyond solar, plenty of presidents have tried to use tariffs to bring manufacturing back to the United States. In 2001, the steel industry employed then-President George W. Bush to impose tariffs on imported steel. Bush’s steel safeguard had the opposite of its intended effect: American manufacturers cheered, but industries that relied on that cheap imported steel lost jobs.

What role should the United States play in solar?

If O’Sullivan had his way, the United States would continue importing cheap solar panels, while focusing on building the future of solar technology. Existing photovoltaics are great compared to what we had just a few years ago, but they can get thinner, more efficient at energy capture, and more flexible. “There’s a legitimate argument that we actually have to move to an entirely different technology paradigm,” he says. “The United States should be focused on being in the vanguard around those technologies, because these crystalline silicon technologies [currently in use]? Yeah, we can do it. But we can’t do it cheaper than the next guy. And certainly we’re not going to gain any economic advantage to doing this here.”

What does it mean for the consumers?

If you’re already invested or employed in solar manufacturing, this could be good for your bottomline! If you’re in the majority of solar employees who works in installation, however, you’re probably seeing business slow, or even come to a halt. And if you’re just an average homeowner looking to switch to green energy, well, you’ll have to spend more green to get it.