This new floating solar farm follows the sun like a flower

SolarisFloat's Proteus solar panel array not only floats on water, but slowly turns to track the sun across the sky. 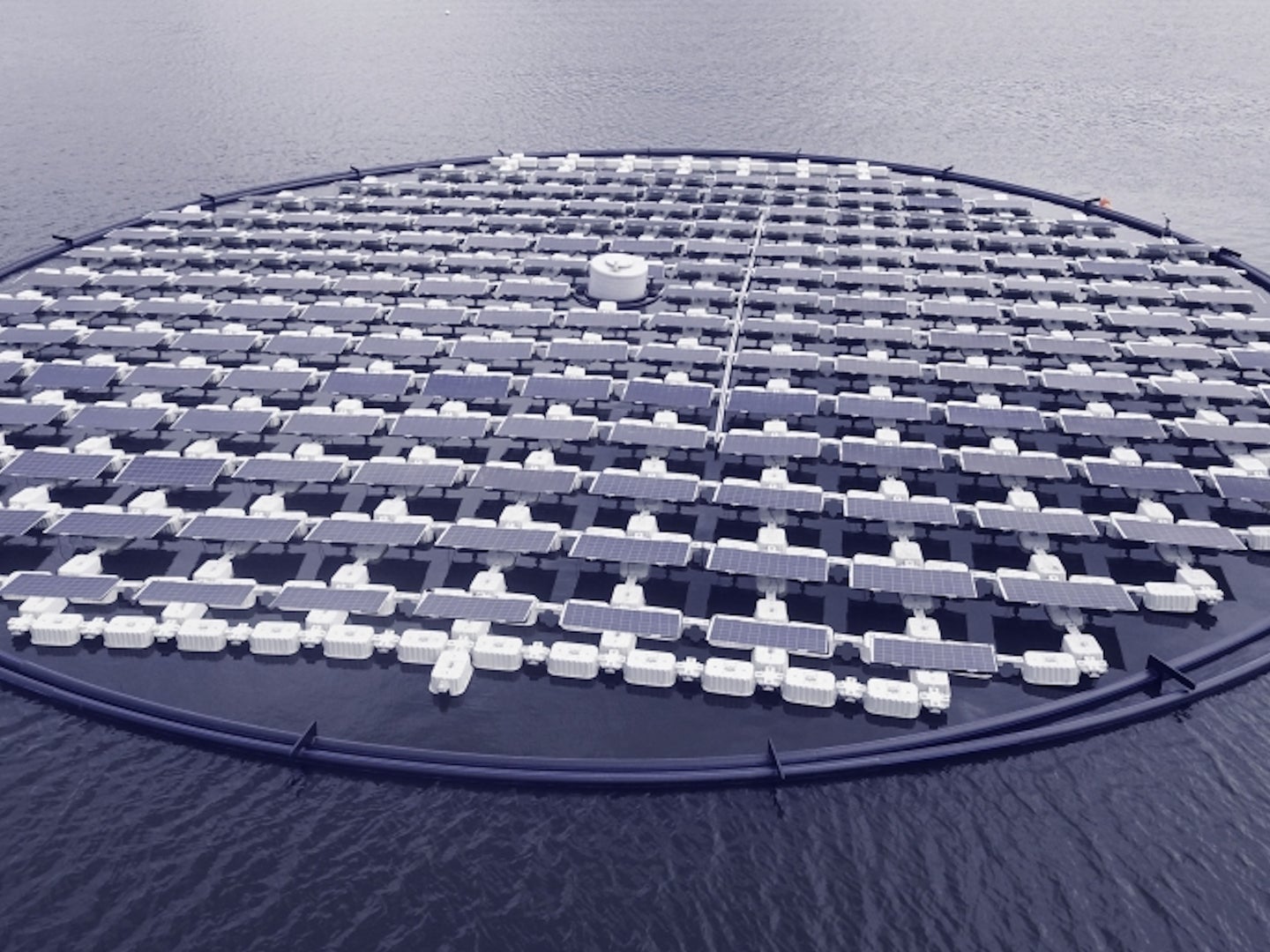 A new solar power farm prototype bobbing atop the waters of a large lake in the southwest Netherlands is stalking the sun’s movements to make the most out of its energy capabilities. As BBC News explained yesterday, a company called SolarisFloat‘s artificial island—dubbed Proteus after the Greek sea god—is a 38-meter-wide circular system comprised of 180 interconnected modular panels that not only produces around 70 kilowatts of peak power (kWp), but makes the most of its position by slowly following the sun’s trajectory as it arcs across the sky.

[Related: A tiny, foldable solar panel is going to space.]

Much like flowers shifting position as the day progresses, Proteus’ onboard technology allows its double-sided panels to turn in tandem with the sun’s movement in order to consistently generate as much solar power as possible. Because of this, SolarisFloat estimates Proteus can generate as much as 40 percent more energy than nonmoving arrays on land. Another benefit comes from its ability to maintain lower temperatures than land-based counterparts thanks to the water-cooled air underneath it.

There are a few limitations to a sun-tracking solar farm, however. For one thing, location matters—Proteus’ onboard tracking systems won’t mean much anywhere near the Equator, where the panels would stay virtually horizontal the entire day. Additionally, the setup would need to be installed in areas with comparatively weaker tidal currents and fair weather.

[Related: ‘Workhorse of batteries’ could give California tribe’s new clean-energy microgrid a jolt.]

Still, projects like Proteus can potentially help overcome one of the chief barriers to widespread solar power adoption—the comparatively massive amounts of space that panel arrays require to harvest their energy. One study from Leiden University in The Netherlands even estimates that solar farms need somewhere between 40-50 times the area of coal plants, and 90-100 times the land needed by the gas providers. Land value will only increase as the world continues transitioning towards completely renewable energy, meaning it’s likely that solar projects will compete against other vital usages like sustainable farming and forest seeding. Situating solar farms atop otherwise unused bodies of water could be a relatively simple, effective way to allow space for all of the required projects needed to stave off the worst effects of climate change.