The US could reliably run on clean energy by 2050

A new simulation highlights the stability of wind, solar, and water power. 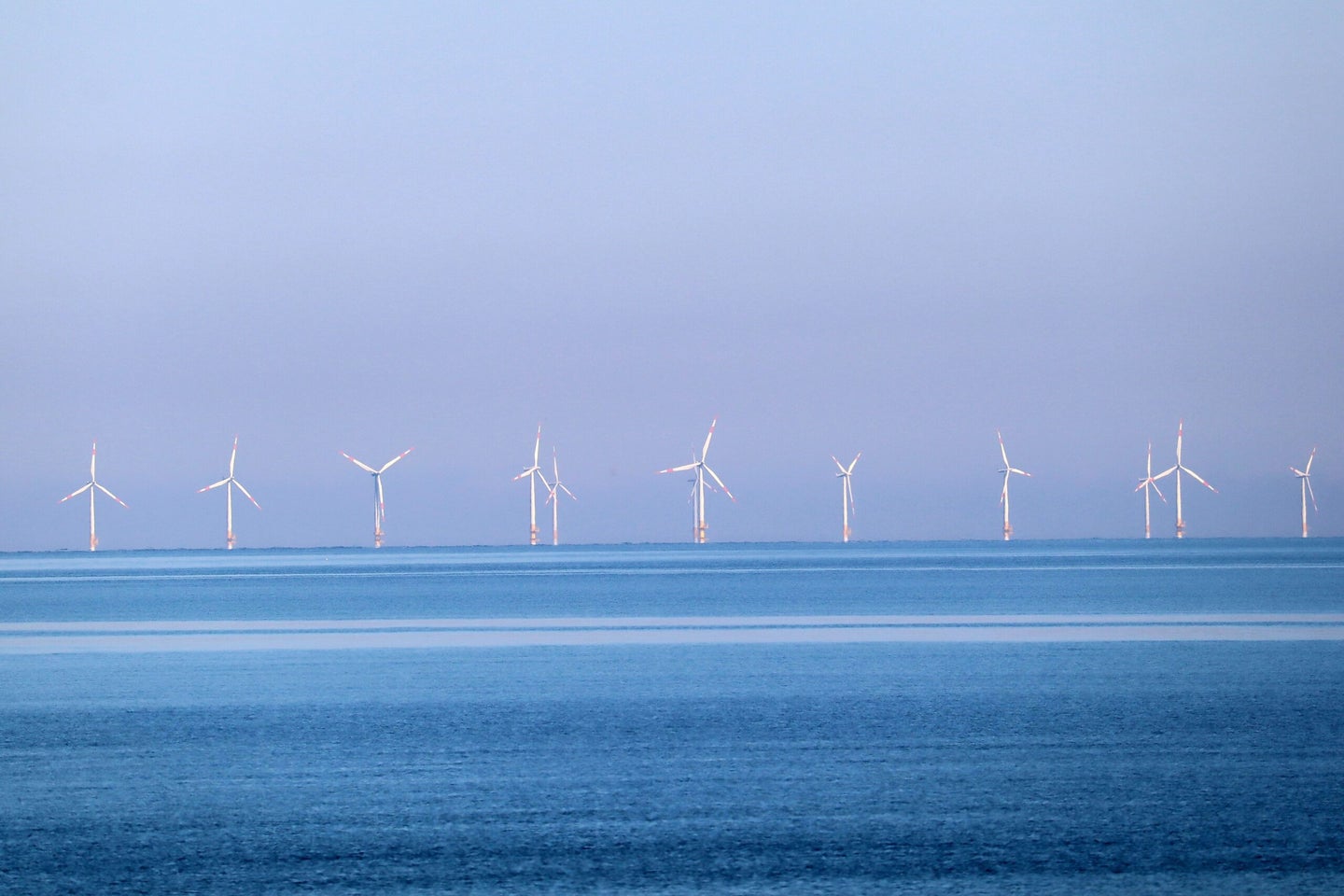 Offshore wind could help the US achieve its renewable energy goals.
SHARE

The Biden administration has pledged to create a carbon-free energy sector by 2035, but because renewable resources generate only around 19 percent of US electricity as of 2020, climate experts warn that our transition to a green grid future needs to speed up.

A group of researchers at Stanford led by Mark Jacobson, professor of civil and environmental engineering, has set out to prove that a 100 percent renewable energy grid by 2050 is not only feasible but can be done without any blackouts and at a lower cost than the existing grid.

“One of the biggest concerns with renewables is that they’re intermittent, that wind doesn’t always blow or the sun doesn’t always shine” says Jacobson, who notes that people have claimed this unreliability caused blackouts in California, which relies heavily on renewables–and in Texas, which doesn’t. “So we wanted to test this contention.”

Jacobson is the lead author of a new paper, published in Renewable Energy, which argues that a complete transition to renewable energy–defined as wind, water, and solar energy–would benefit the US as a whole and individuals by saving costs, creating jobs, and reducing air pollution and carbon emissions.

They modelled how wind turbines, tidal turbines, geothermal and hydroelectric power plants, rooftop and utility photovoltaic panels, and other sources could generate energy in 2050.

A host of different sources powered these projections: Jacobson used data from a weather-climate-air pollution model he first built in 1990, which has been used in numerous simulations since. Individual state and sector energy consumption was taken from the Energy Information Administration. Current fossil fuel energy sources were converted to electric devices that are powered by wind, water, and solar. This was then used to create projections for energy use in 2050.

Time-dependent energy supply was matched with demand and storage in a grid integration model for every 30 second interval in 2050 and 2051. The study authors analyzed US regions and countrywide demand until the model produced a solution with what the authors called zero-load loss–meaning, essentially, no blackouts with 100 percent renewable energy and storage.

According to Jacobson, no other study is conducting this kind of modelling, which is unique in part because it checks conditions for any simulation every 30 seconds.

“There’s none that uses a coupled weather prediction model to predict the wind fields continuously or the solar radiation fields consistently,” he says. “Or the building heat and cooling demand consistently. And there’s also not one that treats all processes or all the storage types.”

Wesley Cole, a senior energy analyst at the National Renewable Energy Laboratory, says that hourly interval models are more common, but this new study gives researchers like himself a boost of confidence that they are not missing anything by modelling at a higher temporal resolution. “It certainly helps, but it’s unclear if it’s necessary for every study,” Cole says.

In building their forecasts, the authors looked at existing grid regions within the North American Reliability Corporation to understand how current demand and supply is being met in each area. To test the differences between isolated and interconnected grids, they also looked at six states that had large populations and high energy consumption: New York, Florida, Texas, California, Alaska, and Hawaii. The modelers also analyzed all contiguous states and the District of Columbia.

And, finally, the researchers imagined a new region that would fold in Texas with the existing multi-state  Midwest Reliability Region. Texas is its own grid region, and one of the issues that exacerbated the state’s blackouts earlier this year was that the grid’s isolation meant there was no alternative source of energy.

But connecting Texas to another region may not be only a hypothetical envisioned by researchers. Pattern Energy, a renewable energy company has proposed the Southern Cross transmission line that would connect Texas to the Southeast Electric Reliability Council.

Earlier this year, Cole also carried out roadmapping to see how feasible a completely renewable grid would be and how much it would cost. Cole’s study, like Jacobson’s, proved that using renewable sources could generate enough energy to keep the grid balanced without any load loss.

“The question is much more an economic question, not so much a technical question,” says Cole. According to his research, the pathway to a renewable grid is not as expensive as first estimated due to cost reductions in solar and wind energy. The problem, he says, lies with building capacity.

Christian Breyer, a professor of solar economy at the Lappeenranta University of Technology in Finland, contends that Jacobson’s study includes more battery storage options than previous research in the field. The real selling point, according to Breyer, is that Jacobson is the only researcher in the U.S. doing this modelling on this kind of level.

“Energy system researchers are flooded with fossil energy and nuclear energy money, so that they are practically blocked from researching the real solutions: energy systems based entirely on renewables,” Breyer writes in an email. “That’s now a major roadblock for successful economic development of the U.S. as renewables cost the least.”

As the cost of renewables falls, researchers predict power companies and consumers will migrate to using renewables. Solar and wind are already half the cost of natural gas. Policy may also motivate adoption–or hinder it. While the current administration has set out goals for a renewable energy grid, new permits for gas and drilling in the Gulf of Mexico counteract those same efforts.

Anna-Katharina von Krauland, a PhD candidate in the Atmosphere/Energy program at Stanford and a co-author of the paper, emphasizes that it is important for people to recognize that a completely renewable energy grid is possible–and it would have other benefits such as job creation.

The researchers quantified these benefits by looking at private costs, such as those to individuals or corporations, and social ones, which also include health and climate costs. Zero-emissions leads to few air pollution related deaths and illness, and a reduced toll on the healthcare system.

The model cannot address emissions from things like long-distance shipping or aviation, though the authors argue that green hydrogen could be a possible alternative to explore. They did not include nuclear energy or carbon capture, which von Krauland views as “distractions from getting to 100 percent renewable energy as quickly as possible” because the technologies are costly, unproven, or lacking in their promises.

“The best path forward would be to invest in what we know works as quickly as we can,” she says–such as wind, water, and solar energy.