Caltech researchers are preparing a tiny solar panel satellite system that can beam energy back to Earth. 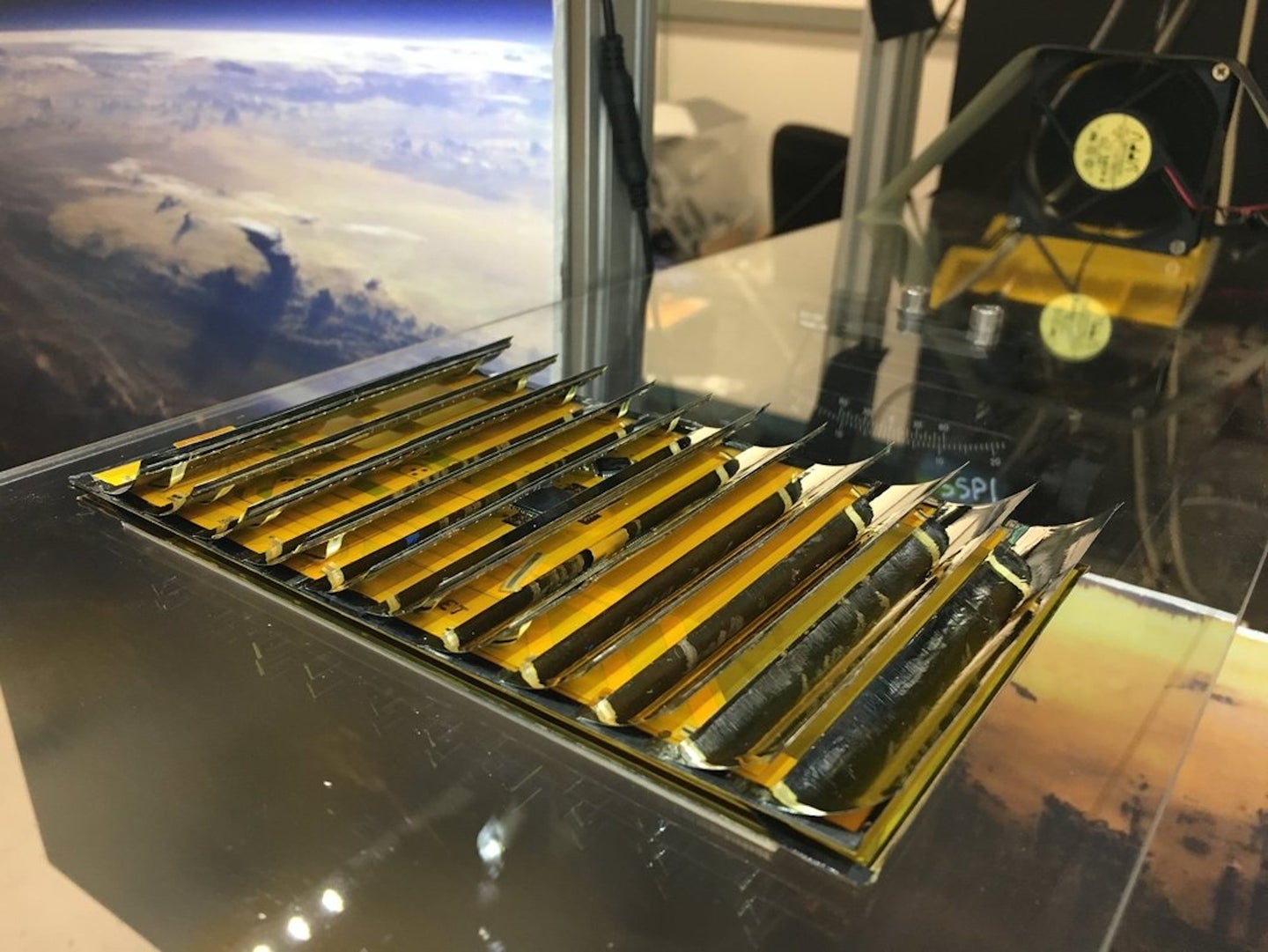 Researchers have spent nearly a decade working on the project. Caltech
SHARE

Caltech researchers inspired by Japanese origami design theory are preparing to launch a small satellite prototype into orbit in December. The roughly 3.9 square-inch prototype is capable of harnessing and subsequently wirelessly transmitting solar energy back to Earth. If successful, the nearly ten-year, multimillion dollar project partially backed by aerospace and defense manufacturer Northrop Grumman alongside a $100 million endowment from Donald and Brigitte Bren could help steer the renewable energy sector in a radical new direction, one that could hypothetically even provide clean electricity to regions with no access to reliable power infrastructures.

According to Caltech’s recent interview with two of the project leads, the satellite combines three main areas of advances:

To achieve these impressive milestones, Caltech scientists looked to one of the oldest art forms for step-by-step direction, so to speak. “By using novel folding techniques, inspired by origami, we are able to significantly reduce the dimensions of a giant spacecraft for launch,” Sergio Pellegrino, a project co-leader and the Joyce and Kent Kresa Professor of Aerospace and Civil Engineering, said in a recent interview. “The packaging is so tight as to be essentially free of any voids.”

The eventual goal is to launch into orbit hundreds of thousands of solar panels—each individual piece a 4-by-4 inch square weighing less than a tenth of an ounce. Once situated above the planet, these panels would each subsequently unfurl to form a satellite constellation measuring roughly 3.5 square miles of sunlight-gathering surface.

Despite the numerous logistical and financial hurdles, there is increasing interest in pursuing solar renewable energy via satellite systems, primarily for a simple reason—beyond Earth’s atmosphere, a solar array hypothetically has access to the Sun’s rays 24/7, not to mention the energy potential in space is about eight times better per square meter, per a writeup from New Atlas. That said, the overall difficulty and prohibited costs may make something like Caltech’s project beyond the possibility of widespread deployment. As New Atlas adds, space solar energy costs could range between $1-2 per kWh, compared to less than $0.17/kWh for US electricity. A similar alternative could be utilizing solar panels here on Earth, then ostensibly reverse beaming their energy up to satellites for global distribution. In any case, Caltech’s numerous advancements in lightweight and flexible panel systems represent major steps forward for innovative renewable energy solutions to our climate crisis.

Update 10/24/22: This article has been updated to more accurately cite the project’s funding.