These powerful solar panels are as thin as a human hair 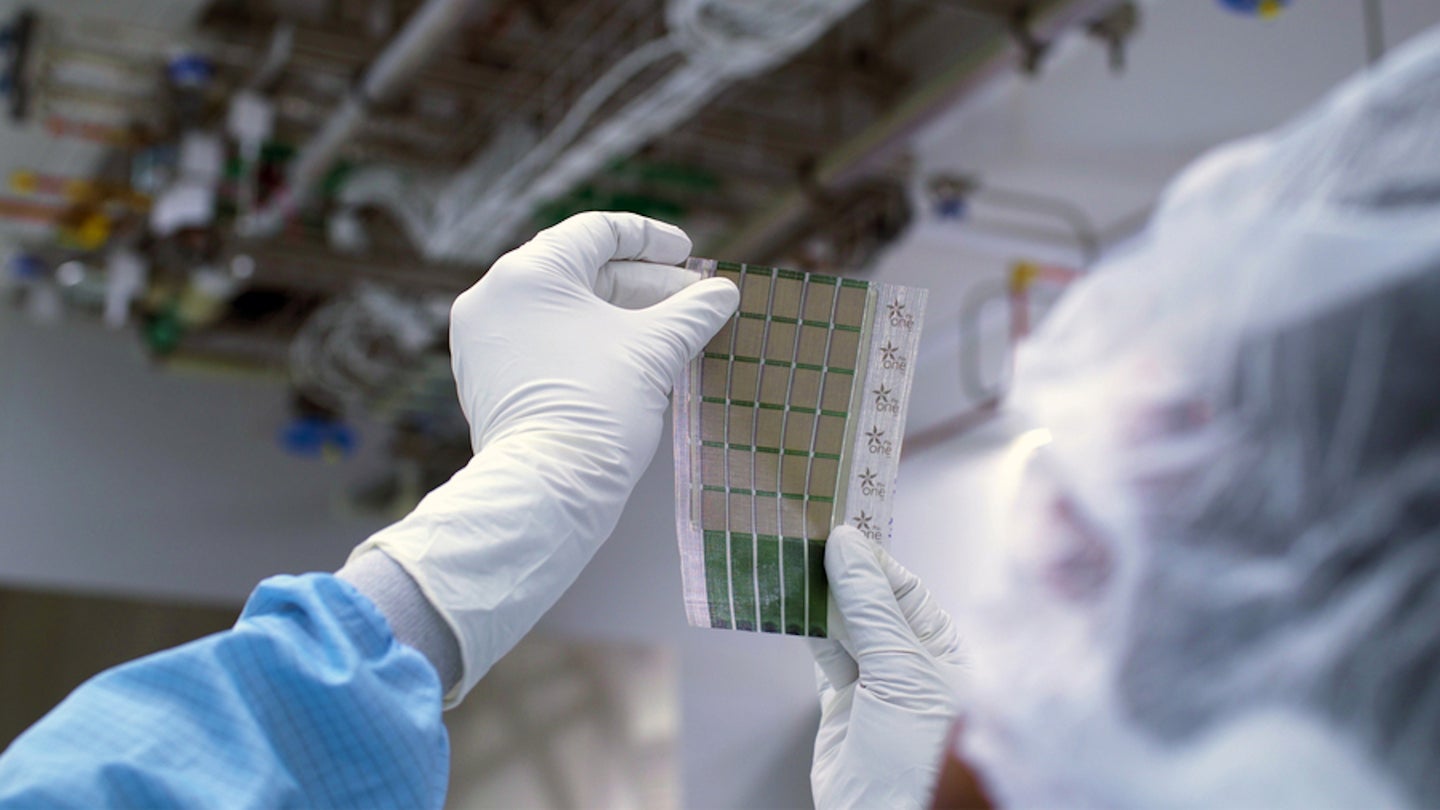 Six years ago, an MIT engineering team at the university’s Organic and Nanostructured Electronics Laboratory (ONE Lab) developed a solar cell so thin it could rest atop a soap bubble. While impressive, the manufacturing requirements and cost unfortunately prohibited any viable large-scale plans. This week, however, ONE Lab revealed a new, similarly ultra-thin solar cell material that is one-hundredth the weight of conventional panels, while also potentially generating 18 times more power-per-kilogram compared to traditional solar technology. Not only that, but its production methods show promising potential for scalability and major manufacturing.

As a press release from MIT explains, powerful solar cells’ fragile natures require thick glass and aluminum encasements for protection, thus limiting their versatility and implementation opportunities. Using semiconducting inks printed onto material thinner than a single strand of human hair, the team was able to subsequently glue the panels onto a layer of Dyneema, a protective, ultra-lightweight composite fabric weighing only 13 grams-per-square meter. The resultant microns-thin sheet could then be laminated atop a variety of surfaces and materials—think tent exteriors to generate power during disaster relief efforts, or drone wings to extend their potential flight times.

[Related: This new floating solar farm follows the sun like a flower.]

Despite its incredibly miniature design, the new material packs a lot of storage potential. Speaking with MIT, Mayuran Saravanapavanantham, one of the team’s paper co-authors and an electrical engineering and computer science graduate student, offered a standard home rooftop solar array for comparison. “A typical rooftop solar installation in Massachusetts is about 8,000 watts,” Saravanapavanantham explained. “To generate that same amount of power, our fabric photovoltaics would only add about 20 kilograms (44 pounds) to the roof of a house.”

Durability is also a key component for any viable solar cell array, a feature the ONE Lab team demonstrated in its new design by reportedly rolling and unrolling the fabric over 500 times, which only resulted in a less than 10 percent loss in potential power generation.

[Related: A tiny, foldable solar panel is going to space.]

Unfortunately, MIT’s impressive solar fabric isn’t quite ready to sew into your clothes just yet. The team is still searching for the right material to encase the product—because the cells are made from carbon-based organic material, exposure to the natural moisture and oxygen in the air would result in a quick decline in capabilities.

“We are working to remove as much of the non-solar-active material as possible while still retaining the form factor and performance of these ultralight and flexible solar structures,” Jeremiah Mwaura, one of the paper’s additional co-authors, explained to MIT. Once that problem is addressed, the solar fabric could find its way onto countless surfaces to add much-needed green, renewable power to daily life.