Why Would People Steal Copper From A Subway?

It's all about the Abrahams (you know, like the penny...) 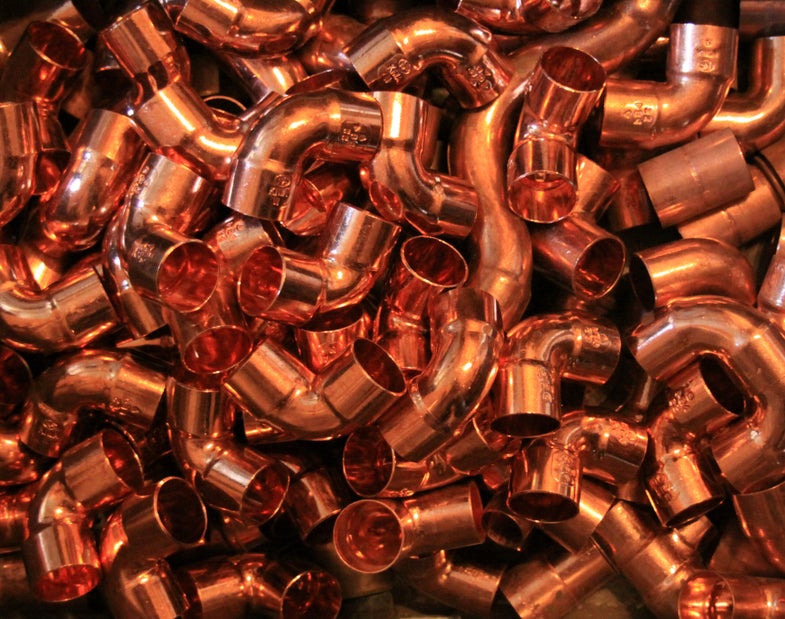 Last Wednesday, the theft of 500 feet of copper wire from subway lines in New York City snarled the routes of the A and C trains, generally irritating commuters, and forcing Metropolitan Transit Authority (MTA) workers to scramble to repair the track.

Though it might have been a novel experience for some commuters, the problem of copper theft isn’t new. In 2011, Gizmodo asked the important question: “Why in the hell is everyone stealing copper?” while in 2013 CNBC called copper thefts an epidemic. There have even been copper thefts on other New York subway lines.

So why do people steal copper cables, pipes, and wires year after year? The main factors are simple: copper is all over the place, and it is valuable.

The old saying that people will steal ‘anything that isn’t bolted down’ doesn’t matter in the world of metal theft. “People will steal the bolts.” says Kevin Whiteacre, an expert on metal theft who teaches Criminal Justice at the University of Indianapolis.

Copper is one of those amazing metals that has just about every property you could ever want, for just about any purpose, and only gets better when blended with other metals into mixtures called alloys. Need to build a boat? Copper resists corrosion of salt water. Need to make something that conducts electricity and heat? Copper does both. Need to build a giant monument to liberty? Copper’s there for you too–it’s both strong and flexible enough to be molded into the intricate folds of Lady Liberty’s dress.

It’s no surprise then that copper can be found almost everywhere, in electronics, buildings, and subway tracks. But its best property lies in the fact that copper has many lives. Copper is almost endlessly recyclable. It can be melted down and re-built into any number of configurations, making it a huge commodity that, unlike a new car, doesn’t lose its value.

But because copper is so integral to our modern lives, involved in bringing us shelter, electricity, and transportation, people removing it is a huge problem, as the MTA (re)discovered this week. Replacing copper wires, cables and pipes that were fitted into buildings as they were being constructed is much more difficult to do after the fact. It’s an expensive endeavor, and one that can hamper rebuilding and tear apart neighborhoods. “Metal theft does so much more damage than the amount of profit for the copper thieves” Whiteacre says, estimating that the damage done in Indianapolis alone could be as high as several hundred thousands of dollars a month.

The high damage cost is one reason that Detroit, whose abandoned buildings have long served as magnets for scrap collectors, is cracking down on the illegal practice, which has destroyed infrastructure and houses to the tune of tens of millions of dollars.

Scrappers who steal the metal sell it off to scrapyards. “Those copper cables that they just stole can only be sold at a limited number of places… It’s not pawn shops or Craigslist,” Whiteacre says, explaining that any efforts to cut back on metal theft will have to enlist the help of scrapyards, the main conduit for stolen metal scrap. Those efforts could include asking scrapyards to keep records of what scrap enters the yard, and the people who sell it, as well as asking the scrapyards avoid paying in cash, a practice that doesn’t leave a paper trail for law enforcement to follow (unlike checks, credit cards or money orders).

But even those methods might not be enough to prevent cities from bleeding metal in the future. “Metal theft comes back as soon as the prices go back up” says Whiteacre. Last week the price of copper was just $2.80/pound, enough to tempt someone to venture onto a subway line and steal some cable. If prices rise again, towards the $4.50/pound peak they approached in late 2010-early 2011 then stealing copper could become even more profitable.

Bottom line, if copper prices start rising, it might not be a crazy idea to have a back-up plan for your morning commute.