NASA Satellites Show How Bad Earth’s Water Supply Is Getting

California's not the only one with water problems 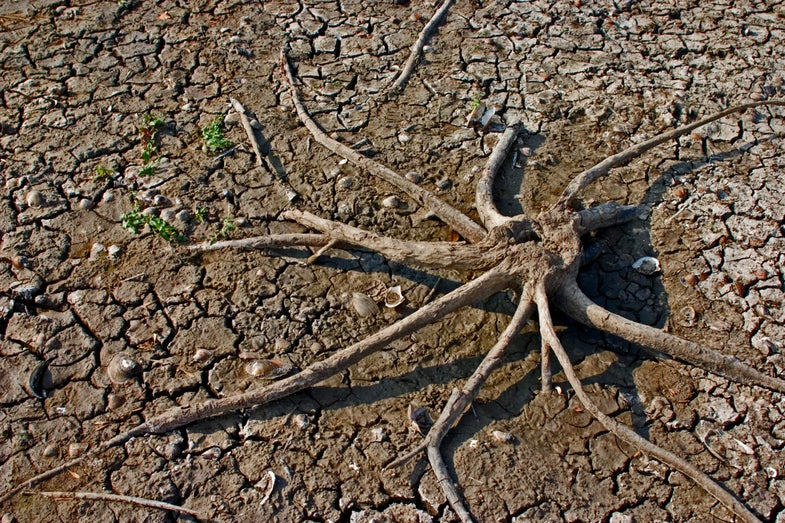 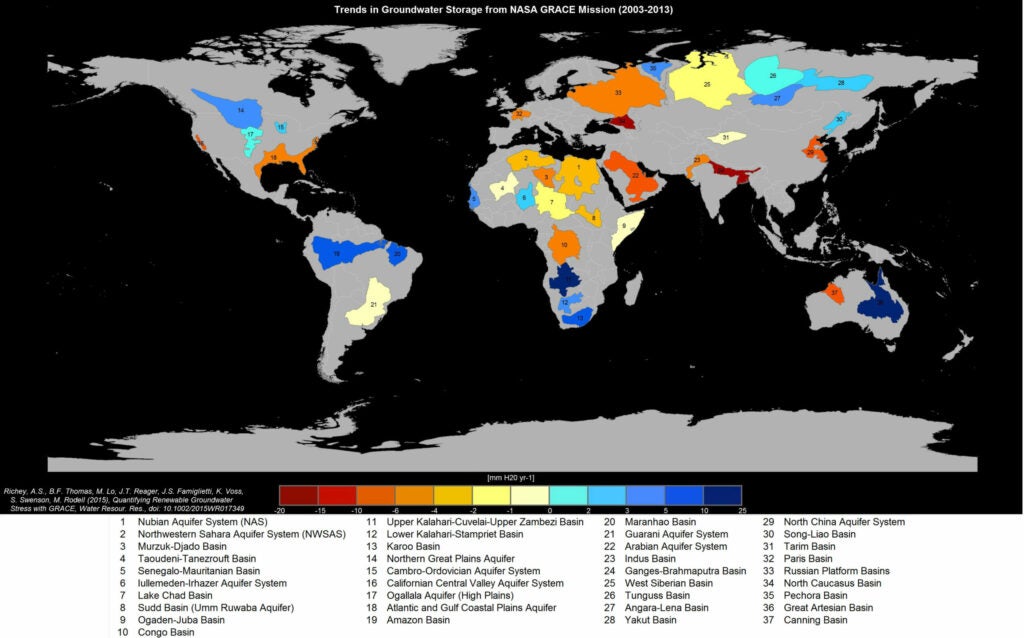 We live on a planet that is mostly covered in water, but only a small portion of that liquid is drinkable. There are freshwater rivers and streams, but increasingly, we rely on aquifers, natural stores of freshwater found deep in the earth to quench our growing thirst. Unfortunately, those watery reserves are drying up.

In a new study published in Water Resources Research, scientists working with data from NASA’s Gravity Recovery and Climate Experiment (GRACE) satellites found that a third of the 37 largest aquifers around the world are seriously stressed. Stress isn’t good for anyone, and its especially bad for water supplies. In this case, ‘stressed’ means that people are withdrawing more water from the aquifer than is coming in.

The study found that 21 of the aquifers are being depleted, with more going out than coming in. Of the 21 unsustainable aquifers, 13 are highly distressed. The worst 8 are classified as overstressed, with almost no water flowing back in to the aquifers. Regions that are particularly dry rely on aquifers the most, drawing on them for home, industrial and agricultural uses.

In the United States, the Californian Central Valley Aquifer System is in the worst shape. No surprise, given the fact that California has been in a drought for years. But overall, the dubious distinction of ‘Most Stressed Aquifer In The World’ (not a real award) went to the Arabian Aquifer System, a groundwater supply that supports 60 million people in the middle of a vast desert.

So, how much water do we have left in the aquifers? Unfortunately, we’re just not sure.

An accompanying paper says that scientists have very little information about how much water is left in any particular aquifer. “Estimates of remaining storage might vary from decades to millennia,” Alexandra Richey, the lead author of both papers said in a press release.

There are groups working on methods to measure how much water is left in an aquifer, and with demand soaring, their mission is taking on a new urgency.

“In a water-scarce society, we can no longer tolerate this level of uncertainty,” says Richey, “especially since groundwater is disappearing so rapidly.”