So Long, And Thanks For All The Plagues

Our Modern Plagues takes a break 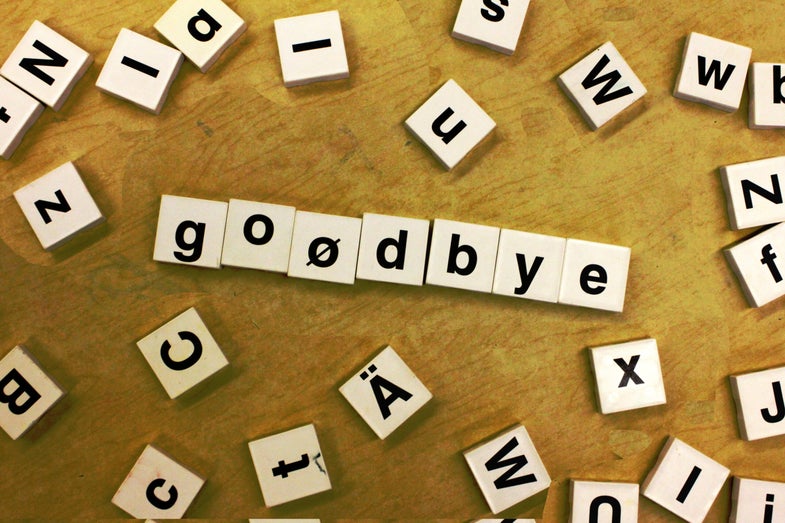 Over the past few months, I took a break from Our Modern Plagues. It wasn’t because I don’t love it here — I do! — but because my writing life got very busy. In February, I started a year-long fellowship with the Alicia Patterson Foundation, and I had lingering features due for various outlets, including Popular Science. I also had to review the last stages of my next book, which just wrapped up this week.

With so much going on I didn’t feel like I could dedicate the time needed to write interesting and well-reported posts here at the blog.

But during my hiatus, I realized that I need a much longer one. So, after two-and-a-half years here at the Popular Science Network, I’ve decided to make the break more permanent. This will be my last post for the foreseeable future.

Our Modern Plagues has been a fun personal laboratory to try new things, occasionally break news, and write stories that I may have otherwise had trouble pitching as a freelance writer. I’m interested in how we humans identify specific flora and fauna as pests and threats, and how we use science and technology to control the natural world (or try to, anyway). Having the space to explore these ideas in various forms was a gift — in fact, it’s what led to my Alicia Patterson proposal.

I’ve written about insects— including bed bugs, of course—as well as our history of killing them with poisons or trying to build weird bug traps.

I’ve covered various infectious diseases, from the Black Death to polio to Zika. Sometimes I’ve even written about insects and disease at the same time — for example, in a post about a doctor who in the 1900s falsely claimed that bed bugs spread smallpox.

I’ve also covered new antibiotic discoveries and invasive species, and scoured the web for the most interesting plague-related news and features — at first weekly and then monthly, when I realized I couldn’t keep up every single week. There are just too many plagues. (In retrospect, narrowing the scope of this blog may have made my life a little easier.)

I’ve written about agriculture, too, including the thorny issue of genetically-engineered crops, a topic where my reporting and perspective have evolved over the years, and one that I hope to continue to delve into in more nuanced ways. I’ve also wandered into other territory, talking about conflicts-of-interest in science reporting, a challenging and ongoing issue in my field.

Overall, it’s been a great experience. I’d like to thank the Popular Science team for the opportunity — and in particular, Carl Franzen, Paul Adams, and Dave Mosher, who were there to help troubleshoot buggy posts and lend the occasional editorial advice at various points over the years, as well as Suzanne LaBarre, who oversaw the blog’s launch back in October 2012.

It’s possible I’ll revive Our Modern Plagues in the future, whether here at PopSci or somewhere else. In the meantime, you can find me on Twitter or at my website. And of course, you can catch my writing in its various forms, both in print and online.

So, that’s that. Farewell for now. And thanks for reading.