We can counter unscientific claims, but it doesn’t mean it’ll work. 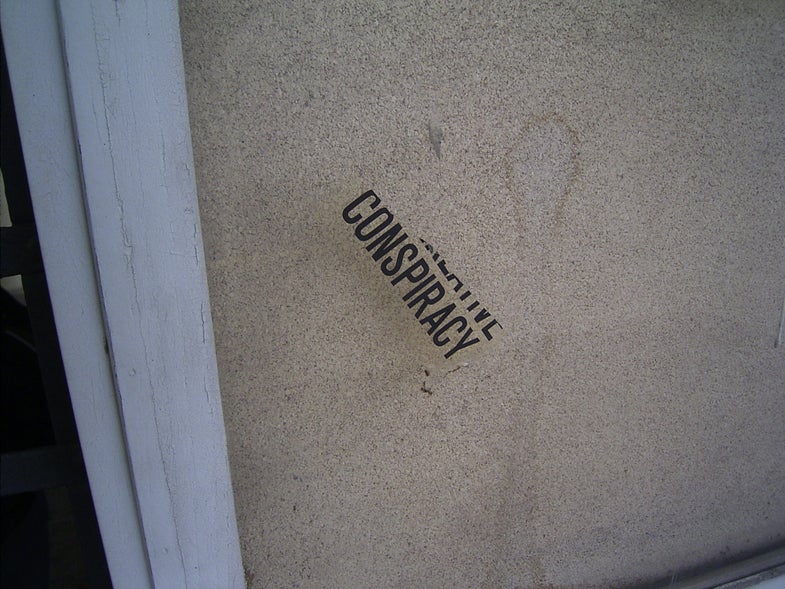 The Zika virus continues to spread. Just this week, the Centers for Disease Control and Prevention added new countries to its travel advisory. The total number of cases is predicted to be between 3 and 4 million, although those figures are far from certain.

There are a lot of other unknowns about the virus. There’s some evidence, for example, that it may be linked to an increase in microcephaly cases in Brazil (although as Christie Aschwanden points out at FiveThirtyEight, that link will be hard to prove). And there are a lot of conspiracies, too, as Sarah Zhang points out at Wired: some claim the microcephaly cases are actually due to genetically-engineered mosquitoes, vaccines, and even the Rockefellers.

Perhaps the most explosive of these conspiracies is the one that says the microcephaly cases are caused by a larvicide called pyriproxyfen (which, by the way, is misspelled in the report that launched this conspiracy—not exactly a vote of confidence for accuracy). The report also claims the larvicide is sold by a Japanese subsidiary of Monsanto, which also isn’t true. In reality, pyriproxyfen is fairly benign for humans. It acts as a hormone disruptor in insects, including Zika-spreading mosquitoes, screwing up their development. The Japanese company Sumitomo produces the chemical, and the company is not owned by Monsanto (and, by the way, “Sumitomo” is also misspelled in that original report).

Still, the conspiracy has legs, as conspiracies about Monsanto do, and since then outlets including On the Media, USA Today, and more (as well as Zhang’s piece) have provided context for the claim, doing a good job of debunking it.

But another piece came out this week that makes me wonder about how the media—especially science journalists, including me—cover stories like this. It’s an essay by Maggie Koerth-Baker at Aeon, and it explores some of the assumptions and realities of vaccine-hesitant parents. These lines especially struck me:

Of course, the Zika-larvicide conspiracy theory is not nearly as established as the vaccine-autism conspiracy, which has been around far longer. And as Koerth-Baker points out, vaccine hesitancy doesn’t necessarily always have to do with the original autism conspiracy, but with broader beliefs and issues. If you look deeper into the larvicide conspiracy, however, you can see additional parallels. To me, it seems like the fear propelling the Zika-larvicide story is embedded within distrust of Big Ag and pesticides, even though this isn’t even an agriculture story. A lot of folks sharing the larvicide piece may be conspiracy-minded activists and others intent on pushing a very specific narrative that’s based more on politics than science. But you also might find a lot of people who are simply adding this story to a long list of reasons they’re uneasy about our food system, as well as how we use chemicals more generally.

I think that we should debunk conspiracies—after all, it’s a bad idea to leave them zipping around the Internet with no reality check. It’s important to correct the record. I’ve written my fair share of such stories. And if the true culprit of the microcephaly cases is actually Zika, then it’s a shame to vilify a product that could help control the mosquitoes that spread the virus.

But is there another sort of story we should be telling, too? Does simply presenting the facts help make a case? I don’t necessarily have the answers—I just think it’s worth thinking about. I’m reminded of a piece at the Washington Post that published last December. In it, Caitlin Dewey, who had been writing a hoax-debunking column, explained why she was ending the project. She said: