Bed Bugs May Be Splitting Into New Species

The bed bug may seem like a recent trend. Even if you haven’t personally suffered an infestation, media coverage of... 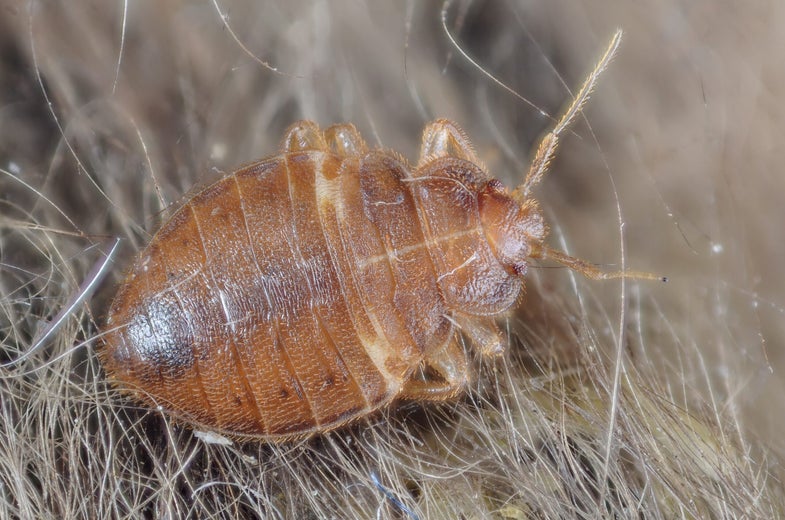 Larvae of the bed bug - Cimex lectularius - on the fur of one of its hosts, a bat. Scale : bug length ~ 3 mm Technical settings : - Focus stack of 22 images - Componon 28 mm f/4 at f/4 reversed on extension tubes.
SHARE

The bed bug may seem like a recent trend. Even if you haven’t personally suffered an infestation, media coverage of the insect’s comeback has been hard to miss.

However, the bed bug is an ancient pest, and our lives have intertwined for millennia. In the late 1990s, for example, archaeologists found preserved bed bug remains at an Egyptian site dating back more than 3,300 years, and bed bug experts have long thought our relationship with the pests stretches back tens of thousands of years.

Now an international team of scientists has compiled genetic evidence supporting such long-held ideas on the bed bug’s origin. Not only that, their research suggests the common bed bug (aka Cimex lectularius) may be in the early stage of splitting into an entirely new species. The journal Molecular Ecology published the study online in January.

Since the 1960s, entomologists who study bed bugs have hypothesized the insects originated in caves, where they fed on bats. When our relatives started seeking shelter in those caves, the thinking goes, some of the bugs turned their attention toward this new food source. Eventually, the bed bugs hitchhiked with us as we moved to increasingly sophisticated dwellings, ultimately following us across the world much like they do today.

In 2012, scientists from Charles University in the Czech Republic suggested the common bed bug split from its bat-feeding relative around 245,000 years ago. If confirmed–and if our understanding of the emergence of modern humans is accurate–this means bed bugs predate humans by about 45,000 years.

The Czech scientists, along with researchers from the University of Tulsa and North Carolina State University, collected DNA from 756 bed bugs found both in homes and in attic bat roosts across Europe. The bugs living with the bats–Myotis myotis, the greater mouse-eared bat–were confirmed as Cimex lectularius, rather than the bat bug, a separate species. And although the bat-feeding bugs lived in the same buildings as people, these bugs stayed with the bats in the attics. In other words, the bed bugs were all the same species, but their source of food was distinct: Either they fed on people, or they fed on bats. (Disclosure: I helped collect some of the bed bugs for the study in an attic outside of Prague while working on my forthcoming bed bug book. 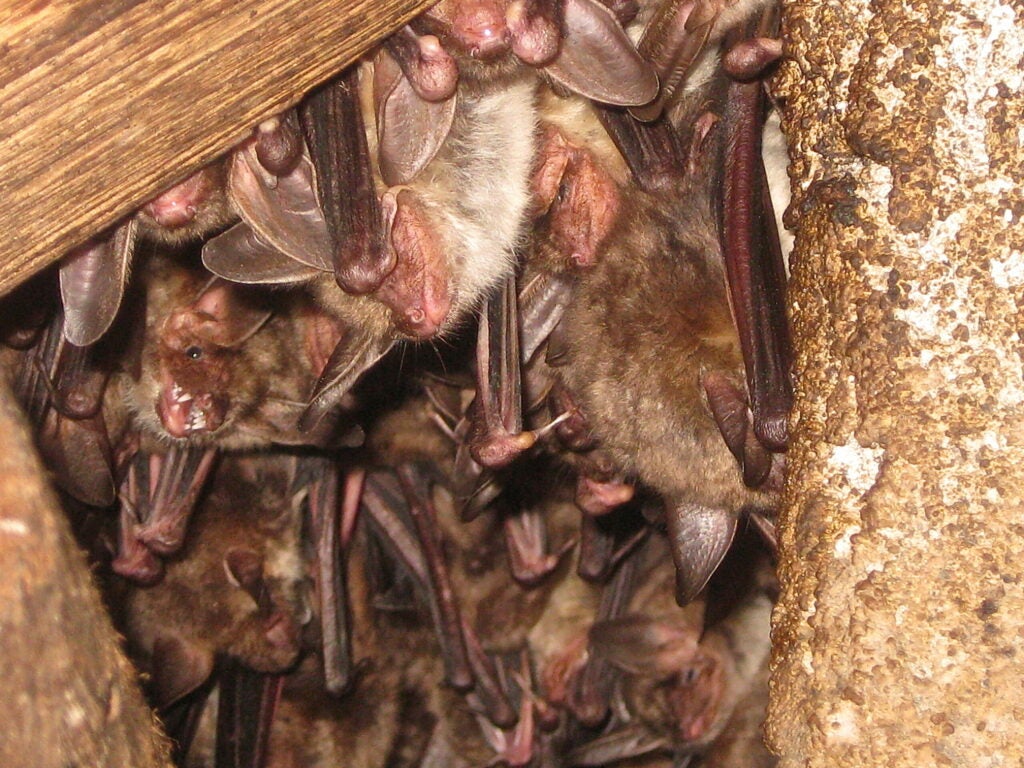 Greater mouse-eared bats from a roost in the Czech Republic. These bats are hosts for Cimex lectularius, the common bed bug.

The researchers used three techniques to explore the bugs’ genetic relations: mitochondrial DNA, which is passed along the maternal line and shows how generations relate over time; microsatellites, which are repeated regions of genetic information in nuclear DNA that help track how individual bed bugs are related to one another; and specific mutations linked to insecticide resistance.

“I think this is great work properly backing up earlier suggestion for an independent evolution of the human- and bat-associated lines of bed bugs,” says Klaus Reinhardt, an evolutionary biologist and bed bug expert at the University of Tübingen, who wasn’t involved in the study. “It would be interesting to follow whether this is because the bugs of the two lines don’t meet or whether they meet but do not produce offspring.”

Although the insects appear to be the same species, they are so genetically different that the researchers think the bed bug may be splitting into a new species–one that is unique to humans. “The process of incipient speciation is very fascinating, but fraught with caveats,” says Warren Booth, a molecular ecologist at the University of Tulsa and the lead author of the study. “Here, the bug populations appear to diverge quite dramatically, and the likelihood they may come into contact and spread to their alternative host may be slim. As such, this will support further lineage divergence over time.”

Booth and his colleagues are now adding more bed bug samples, which may help further pinpoint the timing of the insect’s origin, as well as examining the genetic structures of the bat-feeding bugs. They also plan to compare the genetic patterns in the human-feeding bugs to American bed bugs.

Borel, Infested: How the Bed Bug Infiltrated Our Bedrooms and Took Over the World available May 2015