The Tricky Ethics Of Living Longer

A medical revolution aims to stave off age-related disease and extend our lives — but what will it mean for society? 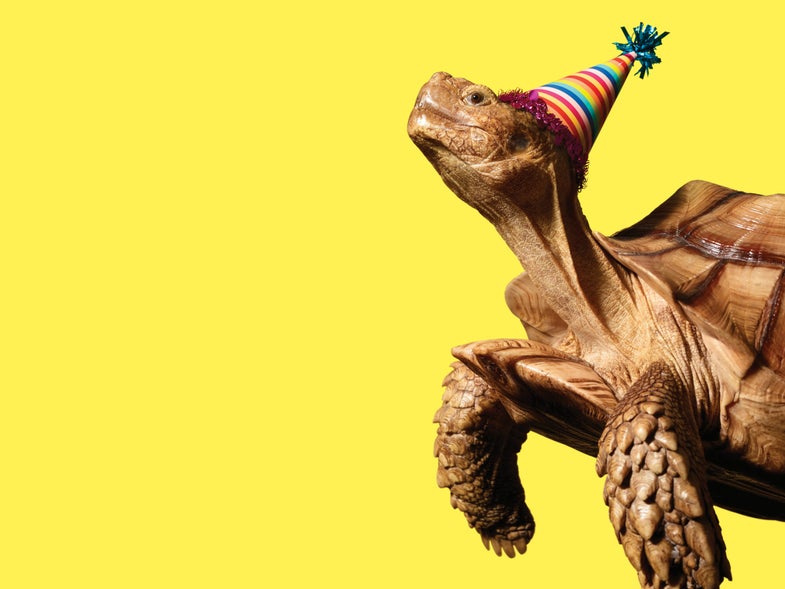 We humans have yearned throughout history for longevity and even immortality. Science has already helped us live much longer than our ancestors did, by improving hygiene and protecting us from infectious diseases through antibiotics and vaccines. But current research into extending our lives presents an interesting twist. It also raises ethical questions.

As I researched my March/April story on aging, I spoke to experts who foresee a coming revolution in medicine, where we treat age instead of disease. To do this, they are trying to figure out how aging works at the molecular level. The goal isn’t exactly immortality. Instead, these scientists have noticed that a variety of diseases, from cancers to Alzheimer’s, share aging as a major risk factor.

Rather than spending a lot of money to treat each disease individually, why not tackle the root cause? What if there was a pill that slowed how our cells age, letting us avoid age-related illnesses — and also likely extending our lives?

It’s a safe bet that when most of us contemplate the gaping abyss of mortality, we decide we’d like to postpone that fate as long as possible, while remaining mobile, independent, and mentally sharp. If we must die, let us go peacefully in our sleep, at home, when we’re at least 100.

But how might such a revolution ripple across society? Life expectancy already varies greatly. It’s tied to education, wealth, and even where you live. According to Alexander Capron, an expert in health policy and ethics at the University of Southern California Gould School of Law, life-extending therapies could exacerbate these differences. For example, if these treatments are expensive, or aren’t covered by affordable health care plans, only people with disposable cash will have access. This means people with money and resources will have the choice to live longer. Those who don’t, won’t.

Some ethicists don’t think this should be a deal-breaker. “The ethical concerns of inequitable access to healthcare have been — and continue to be — a dramatic form of injustice in society,” says James Hughes, a bioethicist at Trinity College and director of the Institute on Ethics and Emerging Technology, a techno-progressive think tank. “But there has never been any campaign against chemotherapy, or any form of medicine, on the grounds that it is inaccessible.”

“The ethical concerns of inequitable access to healthcare have been a dramatic form of injustice in society.”

Hughes also says that keeping people in the workplace, and out of extensive long-term nursing and in the workforce, could have social benefits. A 2013 economic analysis, for example, suggests that delaying aging by just a couple of years may save up to $7.1 trillion over fifty years.

“We can’t cherry-pick the costs or savings to focus on,” says Patrick Lin, director of the Ethics + Emerging Sciences Group at California Polytechnic State University. Instead, he says,to fairly examine the ethics involved, we should consider impacts both on the individual and society level. “Yes, healthier people may mean lower health costs and more productivity, but that’s a partial picture at best. We’d also have to consider the impact of extended lives on, say, Social Security, pensions, job openings given fewer retirements, crime from unemployment, natural resources, urban density, copyright durations, prison sentences, and many, many other effects.”

Another effect to consider is how families pass on their legacies, says Nigel Cameron, president of the Center for Policy on Emerging Technologies. Life extension would mean more time with extended family. But it will also mean that inheritance and property will transfer later and less often, which could put more pressure on younger generations to acquire property independently.

It’s also important to consider that we won’t be leaping immediately from, say, an average 80-year lifespan to a 120-year one, Cameron adds. Instead, the change will likely occur gradually as technology improves. “The process will be a step-by-step extension,” Cameron says. “And we would hope that we would have the wisdom to manage these moving parts in the economics and ethics of it.”

Still, the research that could lead to life extension is happening, so the conversation about its implications should, too. “Personally, I’m cautiously optimistic about life extension research, but we need to be careful to manage the hype and not ignore the risks,” says Lin. “Will we ever become immortal? I don’t know, and no one else can see that far, either. But even extending our lives another 20-100 years or more, to start with, is a game-changer.”

For more on this topic, check out this recent debate at Intelligence Squared, where scientists and ethicists argued whether our current lifespans are long enough.

Spoiler alert: The audience for the debate voted on which side they agreed with more. The verdict? Most would rather live longer.