If you’ve seen headlines in the agriculture news lately—or even mainstream sources like the New York Times and local papers—you... If you’ve seen headlines in the agriculture news lately—or even mainstream sources like the New York Times and local papers—you may have seen that “superweeds” are taking over American farmland. The superweed du jour is palmar amaranth, aka pigweed or carelessweed. But what is it? Why is it spreading? And can we stop it?

Palmer amaranth, or Amaranthus palmeri, is a weedy flowering herb. It’s one of around 60 species of amaranth, some of which we eat but most of which we consider nuisance weeds. Although it originated in the Sonoran Desert in Mexico and the southwestern US, it has spread throughout the Midwest and to the east coast. It has even made it to Canada. 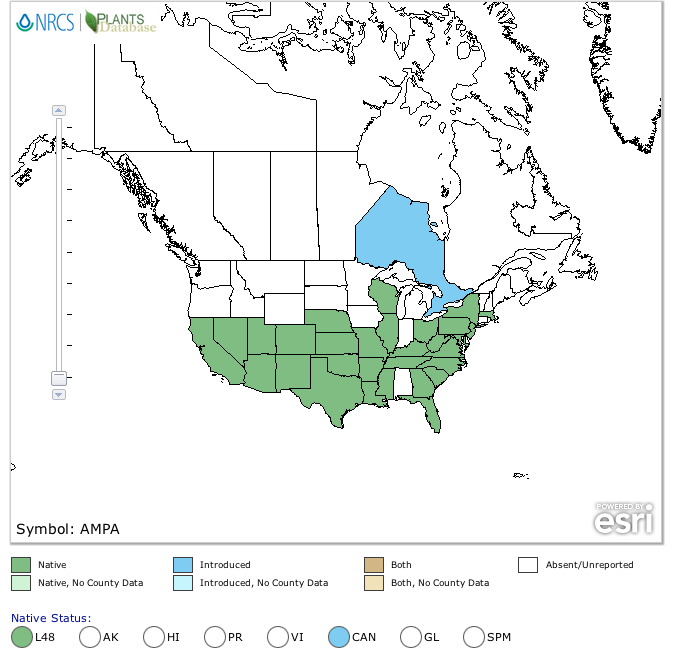 Palmer amaranth is a formidable opponent: it can grow over six feet tall and each plant can spawn 100,000 tiny seeds. In the US, we’ve mostly fought this and other agricultural weeds with chemical herbicides, at least the past five decades or so. But in 2005, herbicide-resistant palmer amaranth arose in Georgia, forcing farmers to abandon their cotton crops. Today, the resistant variety is found across the southern states and has also worked its way into the Midwest and California. 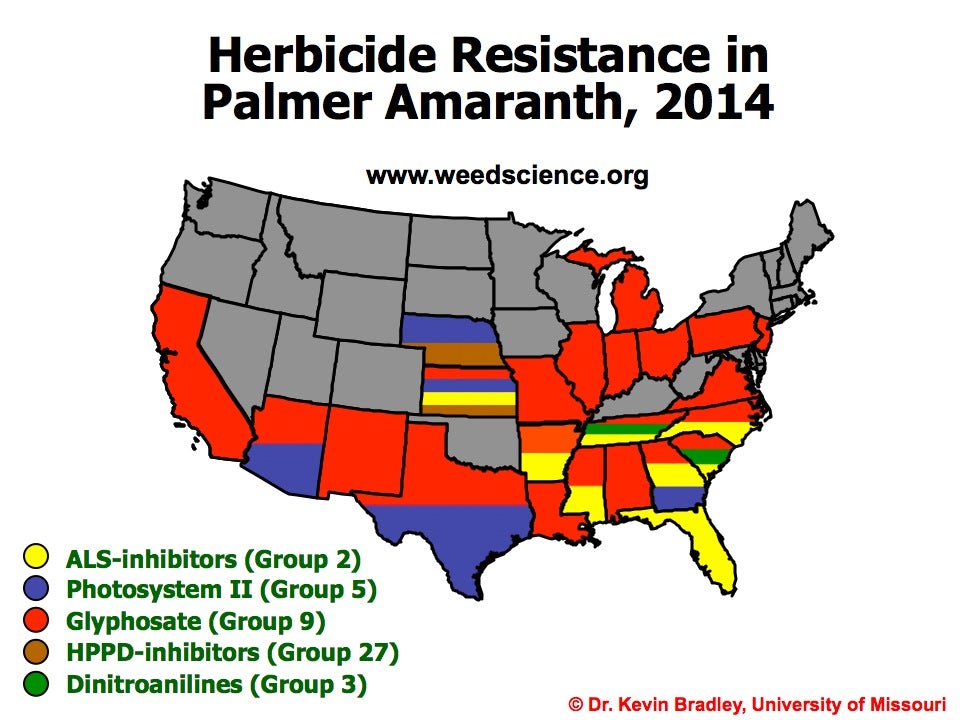 Various versions of palmer amaranth herbicide resistance across the US

The main reason for the resistant palmer amaranth is herbicide overuse, especially the widely used glyphosate (RoundUp, commercially). When we depend too much on any tactic for killing weeds—or mosquitos or bed bugs or any other pest, for that matter—they develop resistance. For palmer amaranth, this has been exacerbated, in part, by herbicide-tolerant GMOs, which I’ve written about here. Although the resistant palmer amaranth is sometimes called a superweed, it’s important to note that the genetically-engineered genes have not jumped from GMO crops to the weeds; instead, this is just regular old evolution responding to the pressure of chemical herbicides. It’s a problem that American farmers have had even before GMOs were introduced, as they fought a variety of herbicide-resistant weeds in the 1980s and 1990s, too.

So what can we do to get rid of the resistant palmer amaranth? There is no easy answer. A new herbicide could possibly help, so long as it is used judiciously to slow the inevitable creep of resistance. But there aren’t any new ones coming to market that will be up for the task.

In Georgia, most cotton farmers have returned to hand weeding, an expensive and arduous task—particularly for a plant that can grow taller than a person. Some farmers are also turning to traditional agronomy, rotating crops and experimenting with row spacing, which can help shoulder out weeds. Others are working on new technology to help curb the resistant weeds by attacking their millions of seeds, chopping them up before they can grow.

And still others suggest we start cultivating the palmer amaranth. After all, we eat some of its cousins. Perhaps the foodies of the future will forgo the quinoa for some tasty palmer amaranth.