I traveled to Hawaii several months ago, in part to cover a story on invasive plants and animals and their... 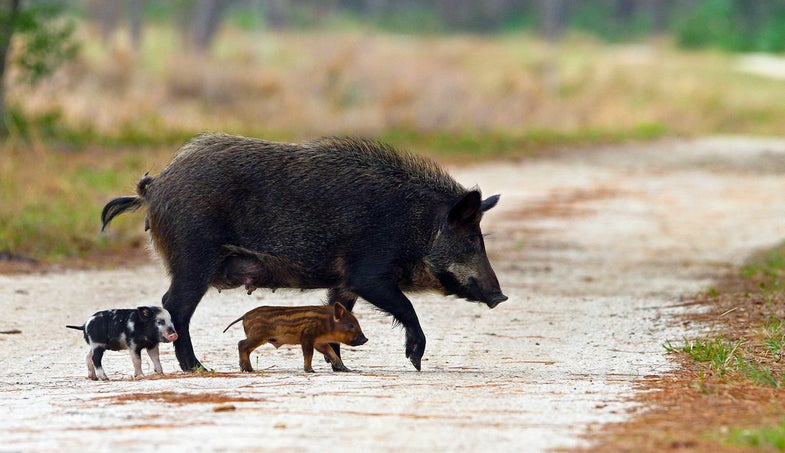 I traveled to Hawaii several months ago, in part to cover a story on invasive plants and animals and their impact on the state’s vital watersheds. That story published today at OnEarth, which has been running a series on invasive species this week.

As I worked on this story, I kept thinking about the fact that some plants and animals become uncontrollably invasive when they’re brought into a new ecosystem, while others don’t. For example, over the past two hundred years or so, there have been an estimated 20,000 non-native plant species either intentionally or inadvertently imported to Hawaii alone. But only a fraction of those plants—roughly 200 species—have become invasive, meaning they threaten the environment, the economy, or human health. What makes these particular species so successful?

Before I try to answer that, here are a few definitions. A native species is one that originated in a specific geographical region. This definition can get a little murky depending on what timeframe and physical area you’re looking at, but in general, native species were not introduced into their territory by way of human intervention. In Hawaii, for example, the species that are considered native lived on the islands before the first Polynesian settlers arrived around the 4th century.

Non-native species come from human intervention. Sometimes this is intentional: when we move from one side of the world to the other, maybe we bring specific crops or animals for agricultural purposes, or a familiar ornamental plant for our new garden to remind us of home. Other times, it’s accidental: maybe a seed gets caught on a shoelace and is unlodged in a different forest, or a marine animal is sucked into a ship’s ballast water and dumped in foreign waters.

There are several reasons why scientists have thought invasives are able to do this, most of which involve how a particular species interacts with its new environment. First, invasives may be highly adaptable to a variety of climates, and can thus live pretty happily even when they’re displaced to a new region. Second, they are usually quite fecund, which ensures that their populations can grow exponentially. Third, they are usually aggressive when it comes to resources like nutrients and space, easily crowding out their native counterparts. Because those native species did not evolve together with these interlopers, they haven’t developed defenses against them. An example from Hawaii’s forests: the nasty invasive strawberry guava gives off a chemical that prevents all other plants from growing nearby, and it also sucks up more water than native species. And finally, invasives thrive when there are no predators, pests, or pathogens in their new space, which would normally keep their numbers down by killing them off or weakening them so they can’t reproduce.

New research that published last week in Global Ecology and Biogeography suggests another option: invasives are sucessful because of where they came from. According to the paper’s authors, ecologists from Brown University and Syracuse University, some regions of the world may have allowed potentially invasive species to evolve characteristics that make them more likely to thrive in a new environment. These regions tend to have high genetic diversity, which the plants and animals who live there have evolved in an environment with a wider range of competing species. When these organisms are transported to regions with a lower genetic diversity, they nudge out species that didn’t evolve in the same cutthroat environment.

Origin stories aside, how can we get rid of invasive species once they’re in place? Unfortunately, it’s nearly impossible to do that—conservationists would have to notice that the species is a problem before its population has established and grown to an unwieldy size, which is a tricky calculus. Instead, most conservationists battling invasives aim for control in key ecological pockets. In my Hawaii story, for example, conservationists from the Nature Conservancy are build fences to keep feral pigs away from vital watersheds, while other conservation groups hand-weed particularly invasive plants from other important parts of the forest.

Any invasives approach is a constant battle, though, and humans are always playing catch up. That’s bad news, since invasives collectively cost the US billions of dollars in damage every year, and threaten native and endangered species.

If all this talk of invasive species makes you want to help curb them, there are volunteer opportunities at the federal, state, and local level. Oh, and if you’re thinking of planting unusual plants in your garden or acquiring an exotic pet, perhaps reconsider and go for a native alternative. You never know when they might escape and tip over an ecosystem.