Reactions to the antibiotic can fade over time. 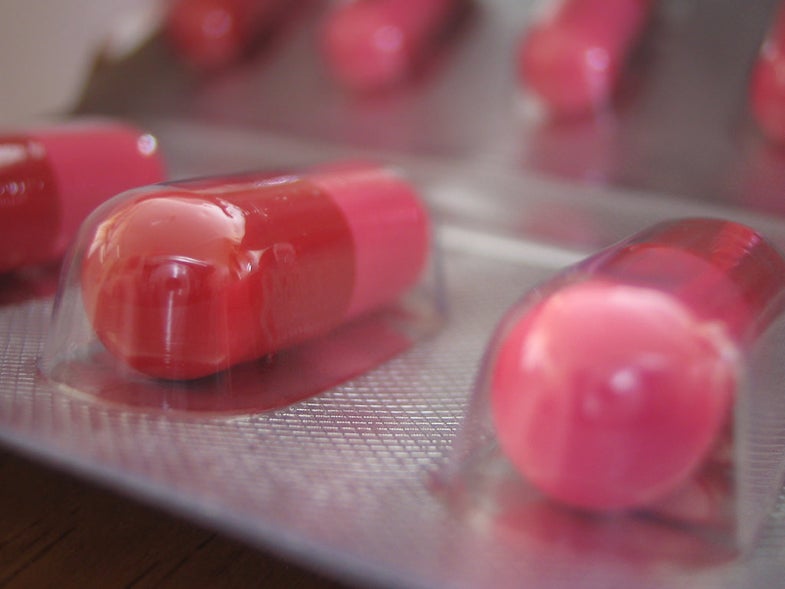 “Are you allergic to any medications?” I’ve answered that query dozens of times since a childhood incident when penicillin, taken to treat a minor infection, instead gave me an itchy rash all over my body. So I respond automatically, and call out the common antibiotic. But I recently learned that this diagnosis could be wrong. Penicillin sensitivity can disappear over time, a fact researchers have known for years. So why hasn’t my doctor told me to go get an official test? It could be because she doesn’t actually know the allergy can fade.

Within an hour of taking penicillin, allergy sufferers might experience hives, swelling, wheezing, difficulty breathing, or in the worst-case scenario, the life-threatening set of symptoms called anaphylaxis. In short, it’s not an experience you’d like to repeat. So when roughly 10 percent of Americans tell their doctors that they’re allergic to penicillin, the physicians tend to listen.

But penicillin allergies are actually much less common than reported. Studies suggest that less than one percent of the population will react to this antibiotic. The patients aren’t deliberately lying—the discrepancy occurs because a penicillin allergy can fade. For 80 percent of people who react to penicillin, their sensitivity will disappear sometime in the following 10 years.

This might not seem like such a big deal. After all, whether I’m actually allergic or not, avoiding penicillin won’t kill me. When I get strep throat or another illness usually treated with penicillin, my doctor can simply prescribe an alternative medication. Frequently, that alternative is a broad-spectrum antibiotic. The good news is, drugs in this category can treat a wide range of ailments. The bad news is that they often cost more, are less effective, and have more severe side effects than penicillin. Oh, and they contribute to growing antibiotic resistance. The more an antibiotic is used, the more bacteria get exposed to it—and the more likely they are to evolve defenses against it.

The solution is pretty simple: If patients report a penicillin allergy, but have not taken penicillin or had a skin test in 10 years, their doctors should refer them to an allergist. A skin test, like those that measure sensitivity to other common allergens, should also detect a penicillin reaction. The allergist scratches the skin and dabs a little of the test substance on top, or injects a drop. If an itchy red welt forms, the patient has an allergy. If the skin results are uncertain, the allergist can administer a follow-up test called a graded challenge, in which the patient takes gradually increasing doses of penicillin while doctors carefully monitor his or her reactions.

Despite the simplicity of this procedure, nobody has ever advised me to get a penicillin skin test. And according to a new study in Annals of Allergy, Asthma and Immunology, I’m not alone.

For the study, researchers asked 276 non-allergist medical professionals—doctors, physician assistants, nurses, and pharmacists—at the New York hospital network Rochester Regional Health about penicillin allergies. Only 58 percent knew that penicillin sensitivity can go away over time. (That number drops to 55 percent when you exclude the pharmacists, 78 percent of whom got the correct answer.) And given examples of patients who reported penicillin allergies, only 20 percent of the survey subjects could identify who should get skin tests to check their sensitivity.

Of the three authors, one is an allergist and another a pharmacist. Both of these fields rely on referrals from doctors, often general practitioners. But among the survey respondents who practice general medicine, about 80 percent said that in any given year, they sent zero or only one patient for allergy testing. Given that snub, and the fact that pharmacists outperformed other pros in their knowledge of penicillin allergies, you can’t help detecting a slightly disgruntled tone in the paper.

“Overall, among all levels of general and subspecialty providers, there is an extremely poor understanding regarding penicillin tolerance rates in those who are reportedly allergic, as well as clinical scenarios necessitating allergy consultation,” the researchers write. This grim pronouncement may be warranted: Although the survey was limited to one hospital network, its results suggest that a large number of medical pros are unaware of the latest guidelines on penicillin allergies. So the next time your doctor asks what you’re allergic to, consider requesting a skin test for penicillin.