Could a Moon Have Moons?

It's not impossible, say astronomers, but it wouldn't last long 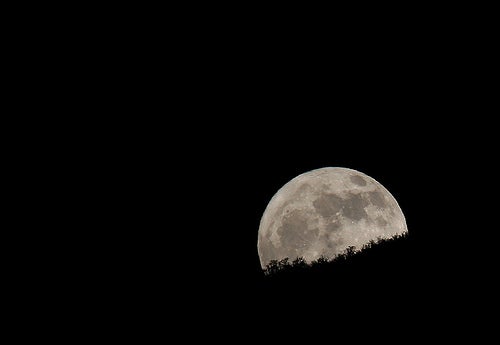 Astronomers can say with near certainty that there are no moons with moons in our solar system. But that doesn’t mean it’s physically impossible. After all, NASA has successfully put spacecraft into orbit around our moon.

Although astronomers have spotted some asteroids with moons, a parent planet’s strong gravitational tug would make it difficult for a moon to retain control of its own natural satellite, says Seth Shostak, a senior astronomer at the nonprofit SETI Institute. “You would need to have a wide space between the moon and planet,” he says. Orbiting far away from its parent planet, a relatively massive moon might be able to hold onto a moon of its own.

Conditions like these might exist in far-off solar systems, but while some 250 exoplanets have been detected, there’s almost no chance we’ll be able to spot exomoons, much less moons of exomoons, for decades to come. This is because our current methods for planet-hunting—such as spotting one as it passes a large star—lend themselves to detecting mostly huge, Jupiter-like planets, not their moons.

Even if astronomers spot a moon with a moon, it probably won’t last long. “Tidal forces from the parent planet will tend, over time, to destabilize the orbit of the moon’s moon, eventually pulling it out of orbit,” says Webster Cash, a professor at the University of Colorado’s Center for Astrophysics and Space Astronomy. “A moon’s moon will tend to be a short-lived phenomenon.”