China Launches Rocket to the Moon, Its Second Ever

The unmanned launch is a precursor to future moon landings 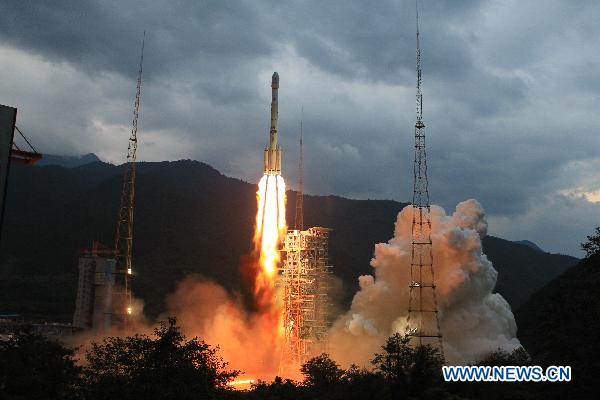 China launched its second moon-bound rocket Friday, laying a foundation for a possible unmanned moon landing by 2013. With the launch of Chang’e-2, China aims to solidify its spot among the moon-faring nations, with the eventual goal of a manned landing.

The Chang’e-2 probe will take about five days to reach the moon, much faster than its predecessor three years ago, the Chang’e-1, which took almost two weeks. It will orbit roughly 62 miles above the lunar surface, before entering an elliptical orbit that brings it as close as 9.3 miles above the surface, according to the Xinhua news agency.

It will take high-resolution photos of the Bay of Rainbows, the region where Chinese officials hope to land a probe. China says it will send a moon rover on its next mission, according to the BBC.

The probe, named for a Chinese goddess who flew to the moon, launched on a Long March 3C rocket around 7 p.m. Beijing time.

China became the third nation to launch a human in to space in 2003. Its most recent manned mission was in 2008, when a Chinese astronaut performed a 15-minute spacewalk.

India and Japan also have their sights on lunar exploration, but Chinese plans have been under more scrutiny since the military shot down a Chinese satellite three years ago.