It’s basically impossible twist an Oreo evenly in half. 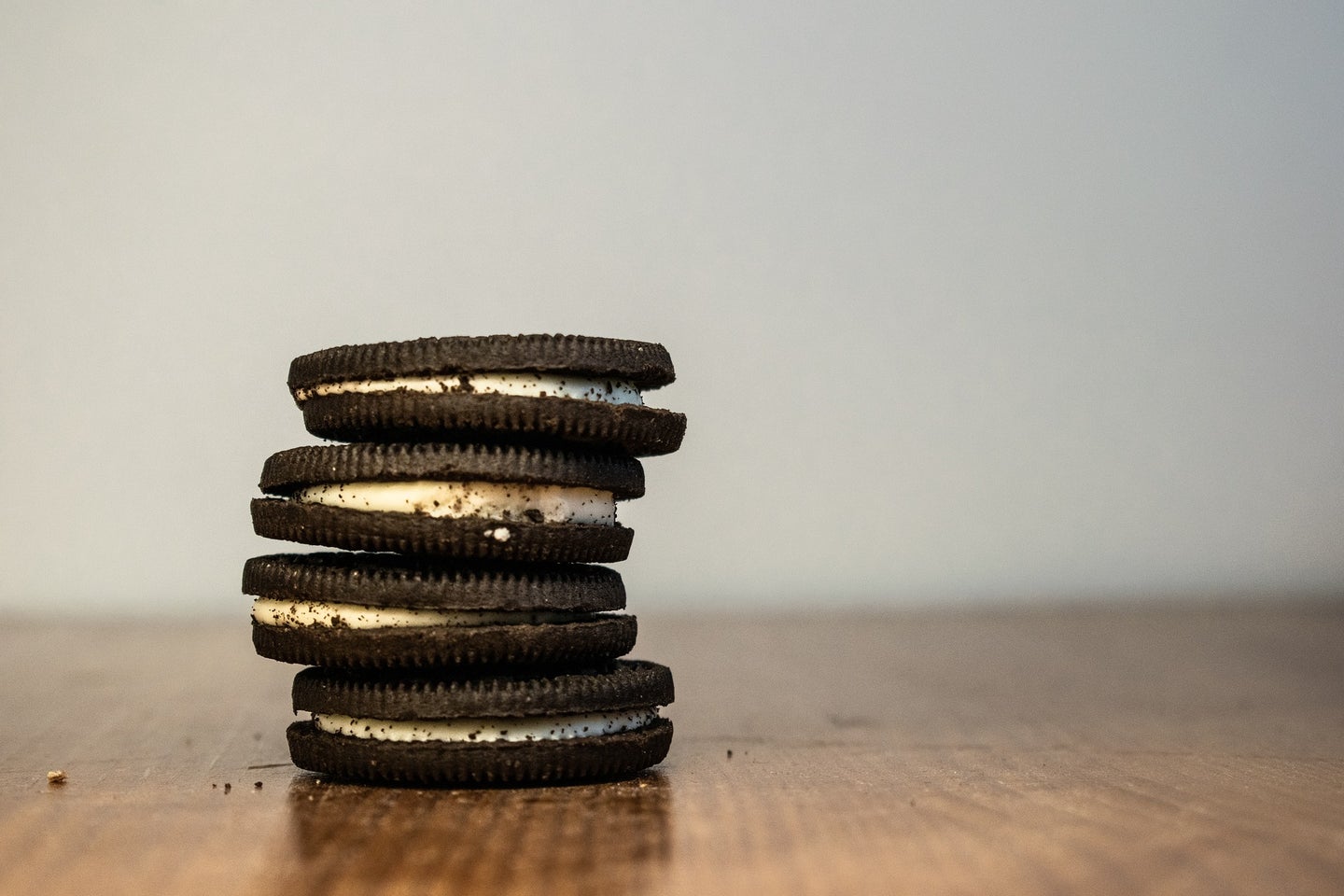 No matter how carefully you peel back the two chocolate wafers of an Oreo, the creme filling will always stick to one side. It’s not possible to split the creme down the middle.  That’s according to new fluid dynamics research published in the journal Physics of Fluid.

While the finding might not be a total shock to snack aficionados, it sheds light on the next generation of 3D printed manufacturing. Crystal Owens, the lead author on the study, and a PhD student in fluid dynamics at the Massachusetts Institute of Technology, usually focuses on using ink-containing carbon nanotubes to 3D print electronics, not the texture of food. Oreos are a way of putting those concepts in the hands of the general public.

But the central measurements are similar. Substances that can be 3D printed must be malleable enough to squeeze from tubes yet stiff enough to stay in place once printed. For carbon nanotubes, which could be used in electronics manufacturing, the goal is “get [the printed structure] as strong as it can be most of the time,” Owens says.

The study of how fluids and plastics move under stress is called rheology, a niche that the average person has no idea exists, says Owens. But Oreos are a perfect in-hand demonstration: “If I say, it’s like an Oreo—I put fluid between plates and I rotate them, and that helps me characterize the viscosity [of materials] we use for 3D printing—suddenly people understand what I’m saying.”

[Related: The future might be filled with squishy robots printed to order]

Testing the properties of printable nanotubes is exactly like measuring the twist of an Oreo. The researchers begin with a tool called a rheometer, a pair of plates that can sandwich a fluid together, and spin it to measure the liquid’s strength. In the case of the Oreo, the researchers wanted to see what would happen to the inner “creme” if they twisted the outer chocolate “wafers” (according to their technical description of an Oreo cookie). The key measurement was “yield stress,” or the amount of force it took to split wafer from creme.

The study authors also tested the cookies with a DIY “Oreometer”—a clamping device that uses rubber bands and coins to twist the wafers apart, developed by coauthor Max Fan, an undergraduate at MIT. “We were talking a lot about how we give people an intuitive sense of what a yield stress is,” says Owens. “The best thing we came up with is, let other people do the same sort of tests.”

(If you’d like to build your own Oreometer, the study authors published instructions online.)

Going in, Owens says she and her colleagues expected to be able to split the filling in Oreos down the middle under some experimental conditions. With the molten plastic used to make things like deck chairs, “if you rotate too fast, you will get a seam right around the equator, and the fluid will shear right along that band,” says Owens. “It’s a very classic phenomenon, so we actually spent some time trying to make this happen with the Oreos.”

But no matter how fast they twisted the wafer, the creme always stuck to one side. “It turns out there’s not really a trick to it,” Owens says. “Everything you try to do will get mostly a clean break. It’s a bit disappointing that there’s not some secret twist.” She suspects that heating up the creme could make a middle split possible. Cookies with extra creme (“Double Stuf”) or special flavorings didn’t change results.

Still, the faster the scientists spun the wafer, the harder it was to break the creme. “That’s actually the proof that creme is a liquid,” says Owens. Pure solids always require the same force to break no matter how quickly they’re twisted.

In the world of food textures, Oreo creme sits in the mushy category, along with mashed potatoes, cranberry sauce, and stuffing. “Actually a lot of Thanksgiving foods are [fluids],” Owens says. “Not chicken—I think that’s just a solid.”

When asked if canned cranberry sauce was a fluid or solid, Owens pauses. “Depending on who you ask, it could be a soft solid or a complex fluid,” she says. But there’s another definition of a fluid, she says. “If we can measure it in our rheometer then it’s considered a fluid.” In fact, she says, the properties of an Oreo’s filling suggests that it could be 3D printed.