What shape is the universe?

There are three basic options, but one is more likely than the others. 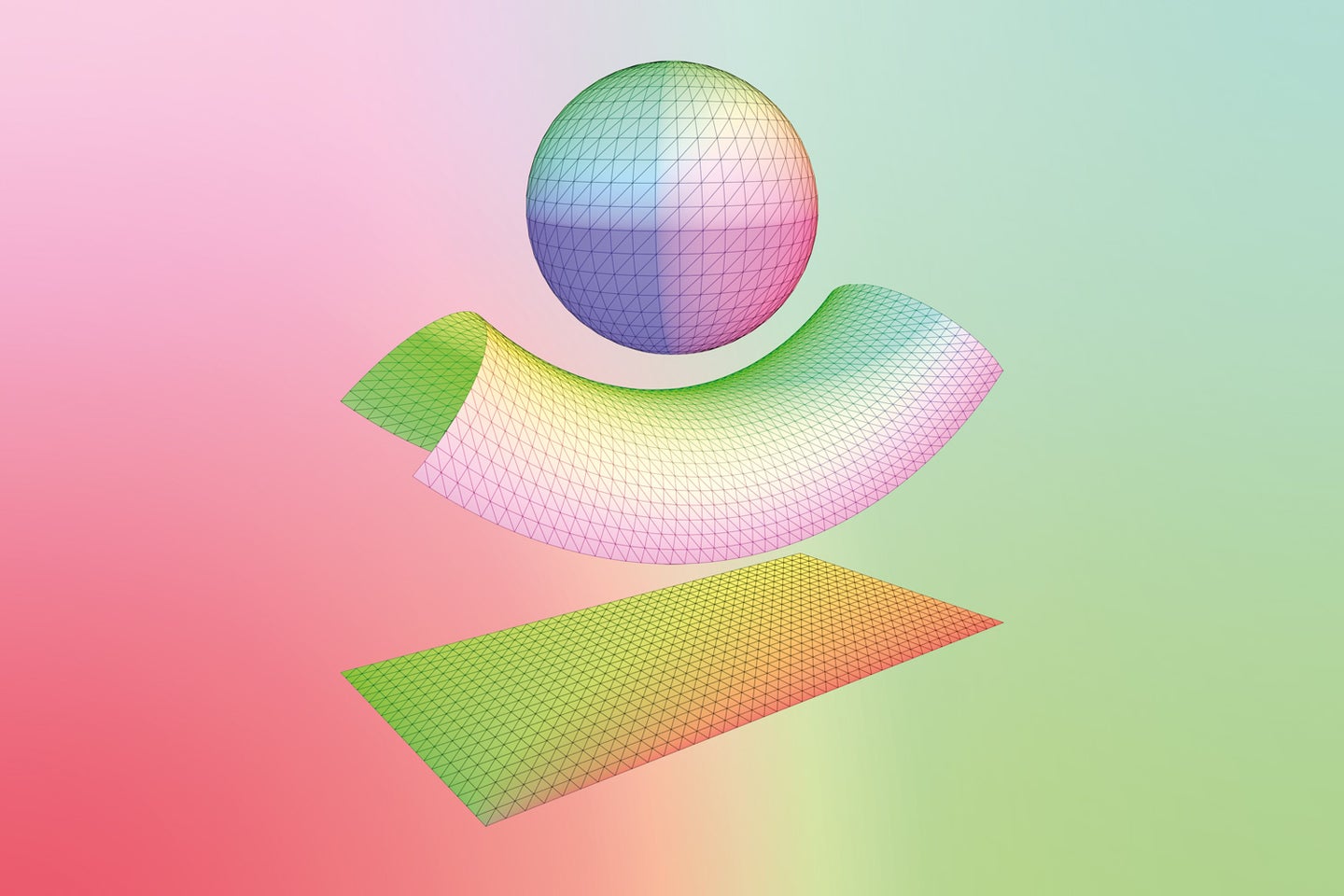 There’s no limit to the questions we’d have to answer to know where, how, or even if the universe ends. But all evidence suggests that we’re not just suspended in some free-form void: Space bends around anything with mass the way a trampoline sags under a dropped ball; black holes send out ripples of gravitational waves like pebbles in a cosmic pond; and gaps between galaxies stretch and contort over time. All these distortions give us the spark of an inkling of how the whole thing might take shape. Though massive objects pock the fabric of spacetime with little dips and hills, astrophysicists think the way all those shifts average out could reveal space’s true form. Is the cosmos bent more outward than inward, or does everything shake out to be basically flat? These sketches show how that stretching might work.

Our universe might be as round(ish) as the globe we call home. In this reality, moving in any direction would eventually bring you back to your starting point—like a jaunt around our equator. This vision isn’t infinite, however; you wouldn’t find endless unexplored land as you walked. But since the end ­connects seamlessly to the start, you’d never arrive at its edge.

This heavenly Pringle is the best way to illustrate a universe that doesn’t contain enough mass to slow the expansion left over from the big bang. Without the density required to hold it back, space­time would dip inward and stretch infinitely. A 2D sketch of this 4D phenomenon (don’t forget time!) is impossible to draw in its entirety, but the key is this: Two objects that set out moving along parallel lines will only get farther apart as ­spacetime warps.

Based on what we know about how matter was distributed in the universe’s early days and the density of energy and matter today, most astrophysicists believe the cosmos is probably flat. Objects moving in parallel lines will remain parallel. But don’t despair over this seemingly simple shape; just as you can wrap paper into a mind-bending Mobius strip, the realm we inhabit could do all sorts of multidimensional twisty-turns and still retain its flatness.

A Brief History of Space

13 billion B.C. In the beginning, every­thing existed in one chunk of matter. The big bang created the vast nothingness we have today.

1000s A.D. In Persia, Abu Rayhan al-Biruni proposed Earth’s rotation, which poked holes in the notion that everything revolved around us.

1584 Italian theorist Giordano Bruno posited that our solar system wasn’t the center of all existence, but one cluster amid many.

1929 Edwin Hubble’s telescopic observations of galactic movements proved the universe isn’t static, but is expanding all the time.