No yeast, no problem. 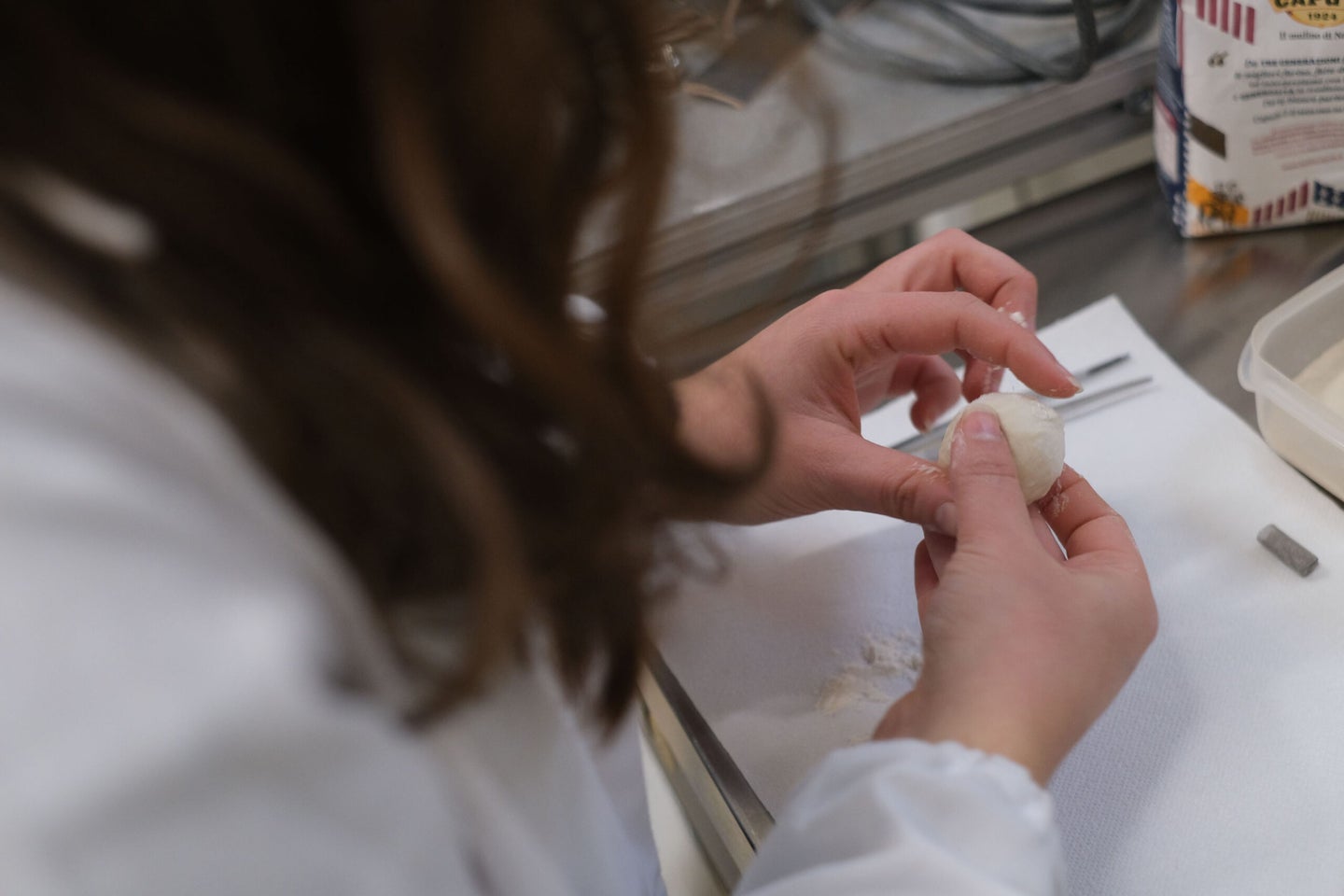 The new revelation is still miniature and not quite ready for your local pizzeria. AMERICAN INSTITUTE OF PHYSICS
SHARE

There’s nothing quite like biting into a bubbly, warm, saucy piece of pizza. But for folks with a yeast sensitivity, that scrumptious

morsel could lead to bloating, diarrhea, gas, stomach pains, or even anaphylaxis.

The jury is still out on just how many people are affected by yeast allergies or sensitivities. Back in the 80s a few doctors suggested that one in every three Americans could be suffering from a Candida albicans allergy, but that has proved to be an overestimate in recent years. Today, the yeast-free and low-yeast food movement is still very much alive. Particularly, people with weakened immune systems may experience a sensitivity to yeast-packed foods.

For things like breads, pastries, and, of course, pizza it can be quite tricky to eliminate the crucial yeasty ingredient. For food to rise, yeast cells munch away at sugars and produce carbon dioxide, giving our favorite baked goods lightness—something nearly impossible to recreate. That is until materials scientist Ernesto Di Maio took pizza to the yeast-free test.

Di Maio—a biomaterials researcher at the University of Naples Federico II who happens to have  a yeast sensitivity himself—found a way to make dough from simply water, flour, and salt into bubbly deliciousness without a bit of yeast. Di Maio’s previous research was with another substance—polyurethane—which also forms through bubbling up. This gave him a genius idea—leave the dough in a hot autoclave, or a heated container used for chemical reactions that happen under high pressures or temperatures.

[Related: The best way to reheat pizza (and some things you should never do).]

While typically used for sterilizing lab equipment, Di Maio and his sous chef and grad student Rossana Pasquino, used the autoclave as a type of baking machine—gas was dissolved into the dough at high pressures making those crunchy bubbles pizza lovers yearn for, kind of like the way soda bubbles are created. According to the researchers, the consistency and taste of the dough samples (which were around the size of a penny) were shockingly similar to that of the real deal. They published their delicious (according to the researchers) findings this week in the journal Physics of Fluids.

It sounds easy enough, but dough can be quite difficult—especially when it comes to pressure. Releasing pressure can stress the dough, leaving a less-than-tasty result, Di Maio said in a release. Still, using their backgrounds as material scientists, the researchers were able to measure the flow and deformation of a material and find the perfect amount of pressure to create aerated, yummy dough.

“We mainly studied how dough behaves with and without yeast. How the softness changes with leavening, and how the dough responds to a temperature program during baking,” Pasquino said in the release. “This was fundamental to designing the pressure protocol for the dough without yeast.”

While the autoclave was on a pretty tame pressure level, similar to that of an at-home coffee maker, there’s still a bit of time until the yeast-free pizza experiment makes its way to pizzerias across Naples and the world. The researchers are currently acquiring a larger food-grade autoclave, and Di Maio says that perhaps in two years, with the right help and work, the scientifically-leavened dough could be restaurant-ready.