Including the a rain unmaker. 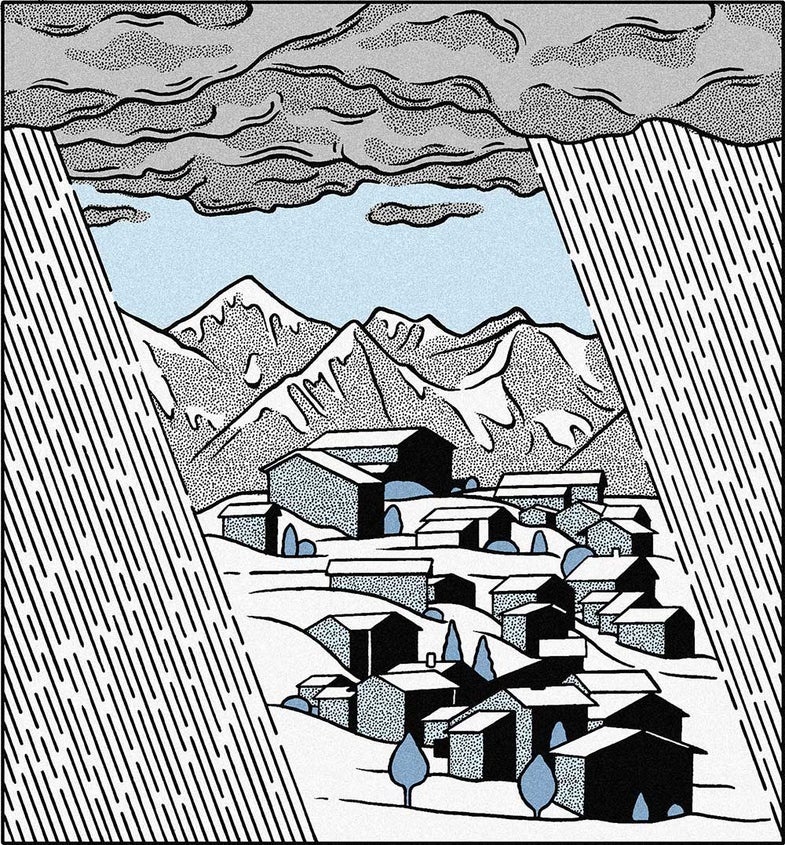 This way for other other far-out plans for taming our weather. . Stuart Patience
SHARE

Cloud seeding is just the beginning. Below, a handful of pie-in-the-sky ideas for controlling the weather. 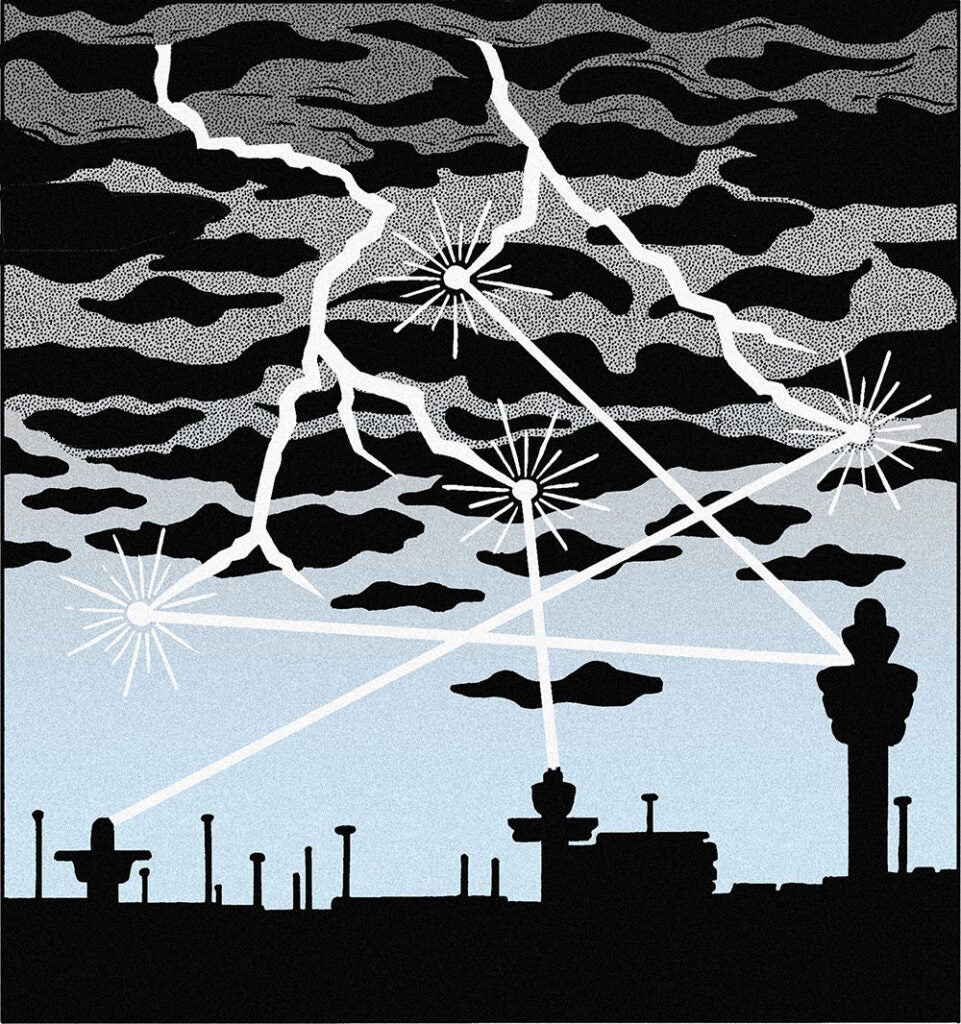 Lightning is pretty. But near airports, it can threaten ground crews, sending them indoors and delaying flights. Around power stations, it can cut the juice to entire cities.

Jean-Pierre Wolf, a physicist at the ­University of Geneva, says that new long-range lasers can travel for miles and stop electric zingers before they fry stuff. When pointed into a storm, their beams lay down a channel of low-density, ionized molecules and plasma filaments that draws electricity—just like Dr. Evil’s tractor beam seizing an asteroid—and this controls the lightning’s path.

Wolf demonstrated the beams’ effectiveness in the skies above South Baldy Mountain in New Mexico more than a decade ago. And he recently commissioned a working prototype from TRUMPF Scientific Lasers, which makes industrial and medical cutting lasers. When completed in about three years, he’ll deploy it around an actual airport or power station. The laser will be able to fire off 1,000 pulses per second—hopefully bleeding off any bolt that Zeus can hurl. 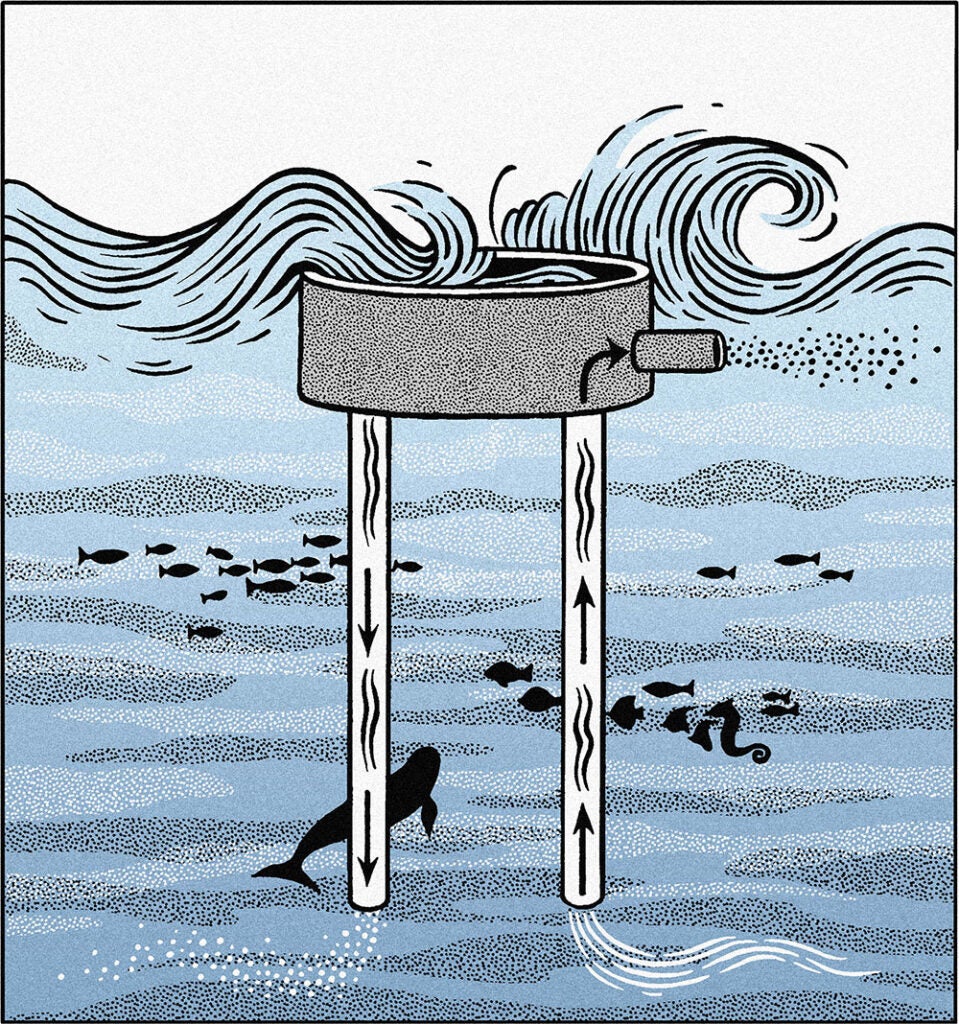 Hurricanes feed off warm water. As our oceans grow steamier, these whirlwinds gain power like supervillains. Choking off their thermal energy can sap their strength, which in turn can save lives, while also lessening the billions of dollars in damages they inflict with every season’s new landfall.

Stephen Salter, an engineer at the University of Edinburgh, created a pump that sits atop the ocean and uses wave energy to send warm water to the cold depths, where it becomes lukewarm, rises, and thus cools the surface. But to achieve the storm-stopping temperatures you need in the Atlantic Ocean’s Hurricane Alley, you’d have to deploy “wave sinks” over thousands of square miles.

As with all geoengineering interventions, this requires more research to understand collateral effects; the pumps could boost nutrient and oxygen flow and benefit marine creatures. But changing temperature could change the ecosystem, bringing harm to those creatures. The pumps might find other uses; its early backers have used them in lakes to combat zero-oxygen zones. 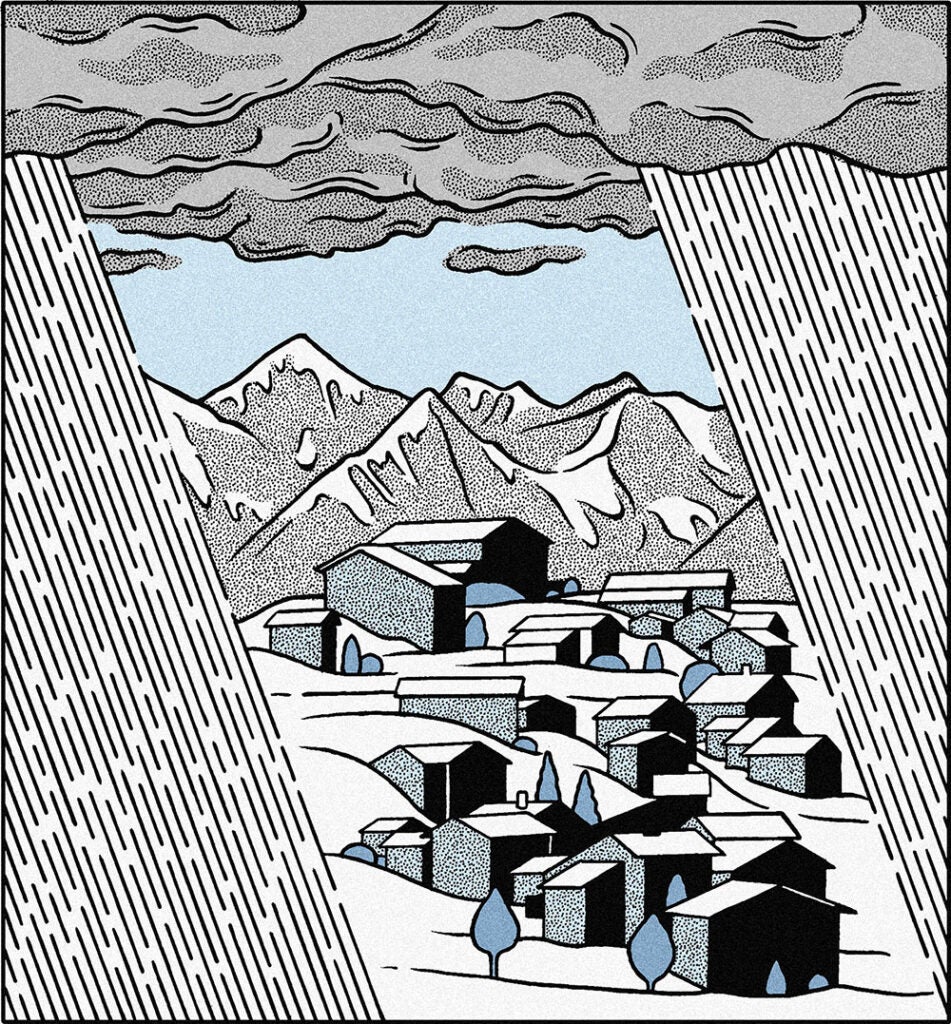 Severe and continuous rainfall is not only depressing, but it also can create crop-killing floods, sweep away homes, and destroy infrastructure. To curb the deluge in hard-hit locales, researchers are firing lasers into clouds—both natural and lab-simulated ones—to stop the drops. Physicists have found that as lasers ionize air inside the clouds, the tiny nucleation sites where water forms (around dust and bacteria) become moisture magnets. As more sites attract more moisture, they compete with each other.

Water droplets need mass to fall, so they take much longer to become fully grown and do that dance. While clouds still might rain, at least it won’t be until after your parade. 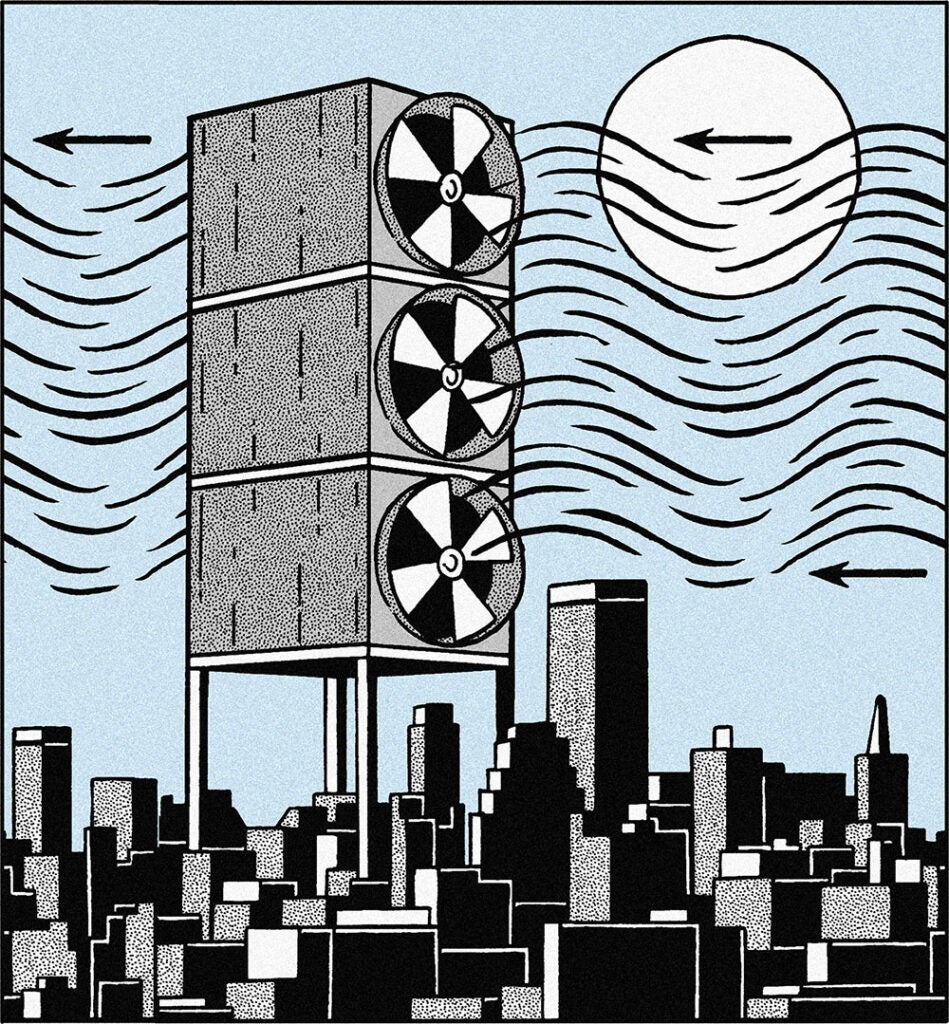 Here’s a lung-stuffing fact: Each year, factories, automobiles, and other belchers of carbon dioxide spit 36 billion tons of the heat-trapping gas into our atmosphere. Cutting back on those greenhouse emissions is key to cooling the planet.

Unfortunately, we’re not cutting fast enough. That’s why companies in the U.K., the U.S., and Switzerland are building plants that can soak up CO2 with direct air-capture machines. They work like this: Enormous fans blow air past a filter infused with a CO2-bonding chemical, such as potassium hydroxide. Once saturated, workers can heat the filters to remove the CO2, which we can use to feed plants, carbonate beverages, and create useful minerals.

But you’d need a massive scaling up to impact the climate: 10 gigawatts of power (enough to fill your flux capacitor to get your DeLorean back to the future seven times) to run the millions of DAC machines necessary. Still, the Swiss and Canadian governments are investing in the technology. Noah Deich, executive director of the nonprofit Center for Carbon Removal, says, “I expect to see a lot more R&D support for direct air capture in the coming years.”

This story was originally published in the Extreme Weather issue of Popular Science.