From robot swarms to astroecology, these scientists are reimagining the boundaries in science. 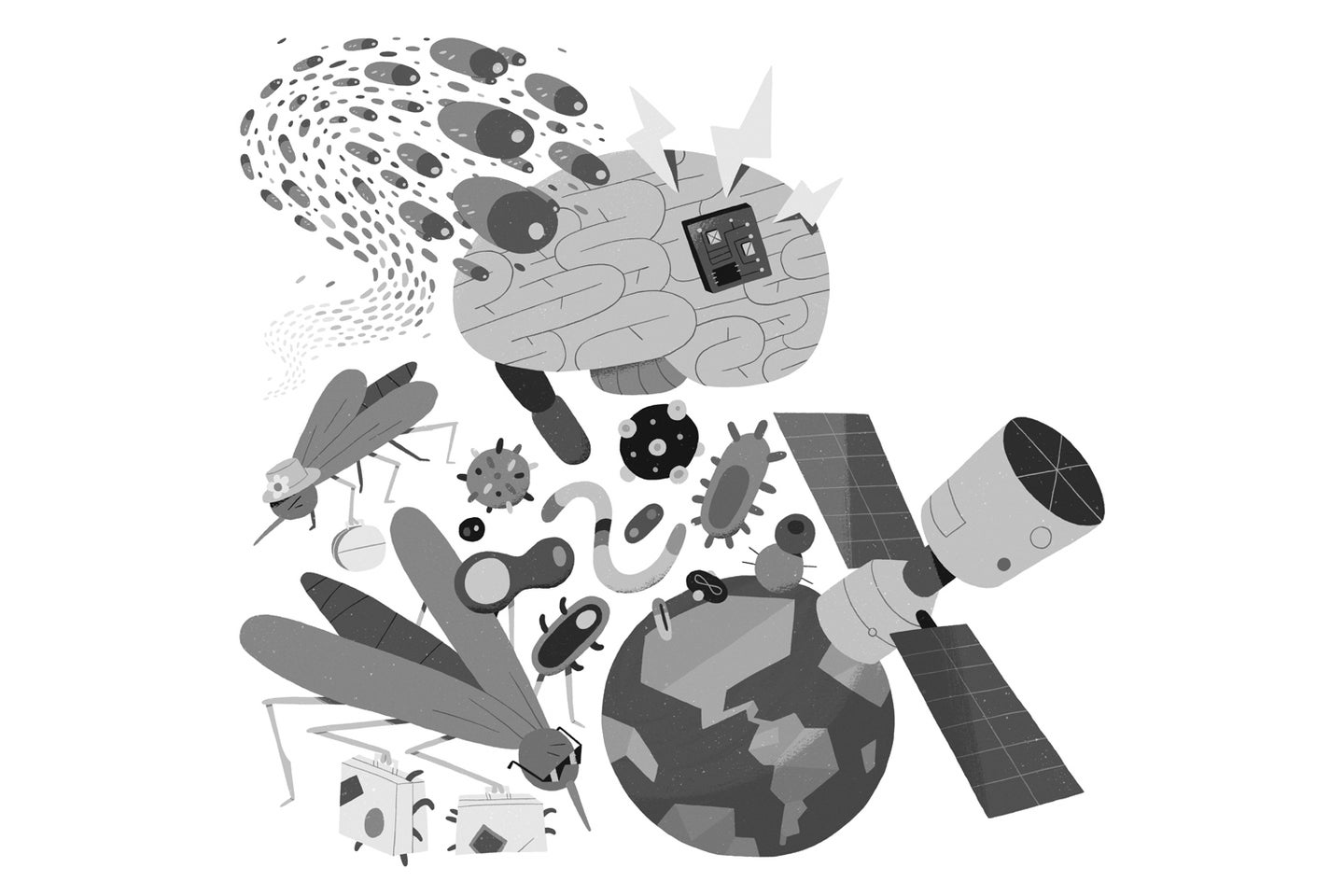 The world of human inquiry knows no borders. Infinite lines connect disparate disciplines. From physics to public health, these researchers are pioneering new fields on the fringes of existing science.

Bots of a feather

Simon Garnier, Swarm Lab Founder at New Jersey institute of Technology
Army ants are pretty dumb on their own, but ­together they can form a protective brigade around their queen that can conform to any shape. We are using these natural self-​organized systems to inspire novel algorithms for more-​­intelligent robot swarms.

John Rogers, Materials Scientist at Northwestern University
Medical devices typically function outside the body. Now, with bioelectronics (which connect hardware to living tissue), we’re going inside. I made a dissolvable sensor that tracks brain swelling post-injury. Next up: similar gadgets that also deliver drugs.

Claire Burke, Astroecologist at Liverpool John Moores University
Telescopes and ­computer programs can detect heat signatures that match up with stars. We turned that setup around to count endangered primates. Drones and those same algorithms connect body temperatures with specific species. We call it astroecology.

Suzanne Ishaq, Microbial Ecologist at the University of Oregon
The microbiome typically refers to tiny bugs living on our skin or in our guts. But we’ve ­begun examining seemingly inert sites, such as homes and offices, and realized those spots also have biomes. Most Americans spend 90 percent of their time inside, so understanding these spaces is key.

Sadie Ryan, Medical Geographer at the University of Florida
Climate change will have a huge impact on human health. In 2012, my team found that malaria’s optimal temperature for transmission is far lower than we thought—just 77 degrees Fahrenheit. In Africa, densely populated areas will soon be in the danger zone more often, so infection rates could rise.