Why do some animals engage in same-sex sexual behavior? The better question is… why not?

Same-sex attraction may be a gift from an ancient ancestor. 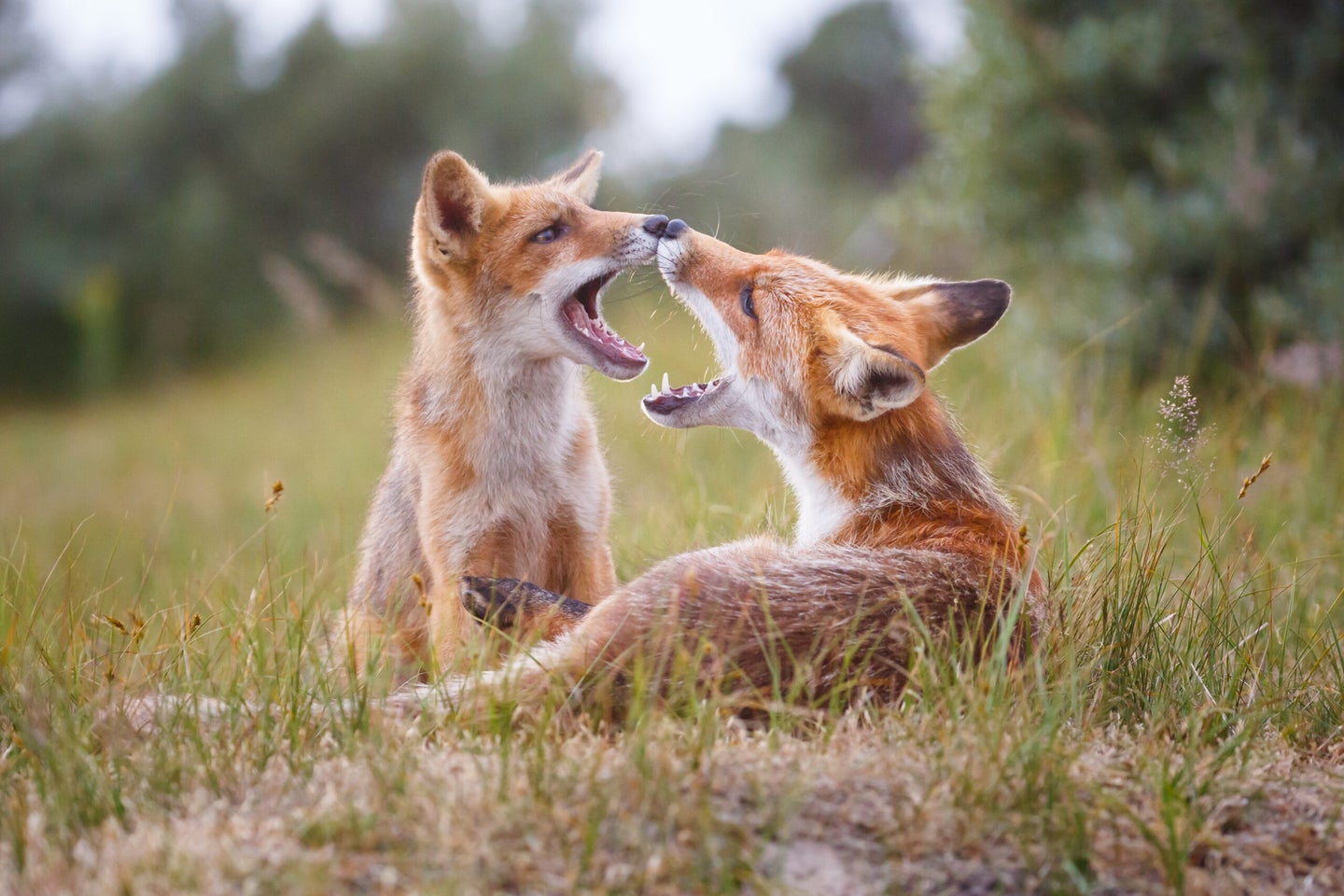 Earlier this year two male penguins at the Berlin Zoo made headlines for co-parenting an abandoned egg—but the pair aren’t an anomaly. To date, scientists have recorded same-sex sexual behaviors in more than 1,500 animal species, from domestic cattle to nematode worms.

Scientists have proposed countless hypotheses to explain why same-sex sexual behaviors (SSB) persist despite the supposed Darwinian paradox—why would animals spend time and energy on sexual activities that have zero chance of resulting in offspring?

A new theoretical paper published in Nature Ecology and Evolution shifts away from the traditional question of “why” and instead asks… well, why not? The authors of the paper propose that these behaviors occurred in a common ancestor from which all animals evolved, and have persisted because they have few, if any, costs. Instead SSB are ecologically “neutral” and, therefore, there would be no reason for natural selection to weed them out. In fact, the paper argues, some degree of sexual flexibility may be an evolutionary plus.

The theory of natural selection—proposed by the one and only Charles Darwin—is one of the main mechanisms fueling evolution. In the simplest terms, the theory goes like this: Within an organism or species, there is a diversity of traits. Some of these traits may be beneficial while others may be detrimental. If certain traits are either really helpful or really harmful, they will have an impact on an organism’s ability to survive and pass on their genes—this is an animal’s “fitness.” Animals with the really beneficial traits might have more offspring, which can mean the trait becomes more common in that species’ gene pool. However, this does not happen with every adaptation.

“Sometimes when populations change over time, it is just because of chance, not because any particular variant is better or worse in terms of fitness,” says Erin Giglio, one of the co-authors of the paper and a PhD candidate at the University of Texas Austin studying ecology, evolution, and animal behavior. She is describing something called genetic drift—another mechanism of evolution and a possible explanation for SSB’s persistence.

Past research on the topic of same-sex sexual behaviors relied on the assumption that animals’ common ancestor exclusively engaged in different-sex sexual behaviors (DSB, or what humans call heterosexuality). Therefore, past hypotheses presume SSB evolved independently across different animal lineages. The scientists behind the new paper believe the opposite—that SSB is a trait found in one common ancestor—a species that practiced indiscriminate mating as a reproductive strategy.

“In any trait so widely seen across different animal species, you would usually at least consider the hypothesis that the trait was there from the origin,” says Julia Monk, the lead author of the paper and a PhD candidate in ecology at the Yale School of Forestry and the Environment.

Monk and the other co-authors suggest the common ancestor was a multi-cellular, sexually reproducing, immobile creature, that most likely could not determine one sex of its species from another. Organisms that exclusively practice different-sex sexual behaviors rely on characteristics such as differing body sizes, colors, or chemical signals to distinguish between sexes. The theoretical ancestor didn’t have those dimorphic traits or the ability to distinguish them yet, so it engaged in both SSB and DSB to maximize mating opportunities.

“A lot of studies take it for granted that the cost of same-sex sexual behavior is obviously high. Thus, there was either some huge unknown benefit for this behavior that would explain why it evolved, or that it was just kind of an accident of maladaptation,” says Monk.

But Monk and her co-authors argue there are low costs, if any, associated with SSB. Compared to other hindrances to an animal’s reproductive fitness—such as infertility or mate competition—SSB’s consequences are far lower. Therefore, selection for or against the trait would be relatively weak.

“The idea that everything about the world and about a given species is a product of selection, and that there is some perfect animal that evolution is striving towards, is a big problem in evolutionary biology,” says Giglio. “Sometimes diversity and different ways of approaching a problem are equally valuable.”

Historically, evolutionary biologists have viewed the natural world through a human-centric perspective—one that for many years viewed SSB as unseemly, or at least irrelevant. That’s precisely why the authors chose terms like SSB and DSB instead of “homosexuality” or “heterosexuality” to further prevent conflation between human cultural biases and non-human animal sexual behaviors. While the authors of the paper acknowledge their new hypothesis may be incorrect, they hope to encourage other scientists to break free from old norms so as to better understand the world.

“Thinking critically about the way we approach given phenomena and trying to understand them is really important in order to get clear answers about where we came from or who we are,” says Giglio. “If we don’t ask the right questions, we are never going to get the right answers.”