How US cities are preparing for more life-threatening heatwaves 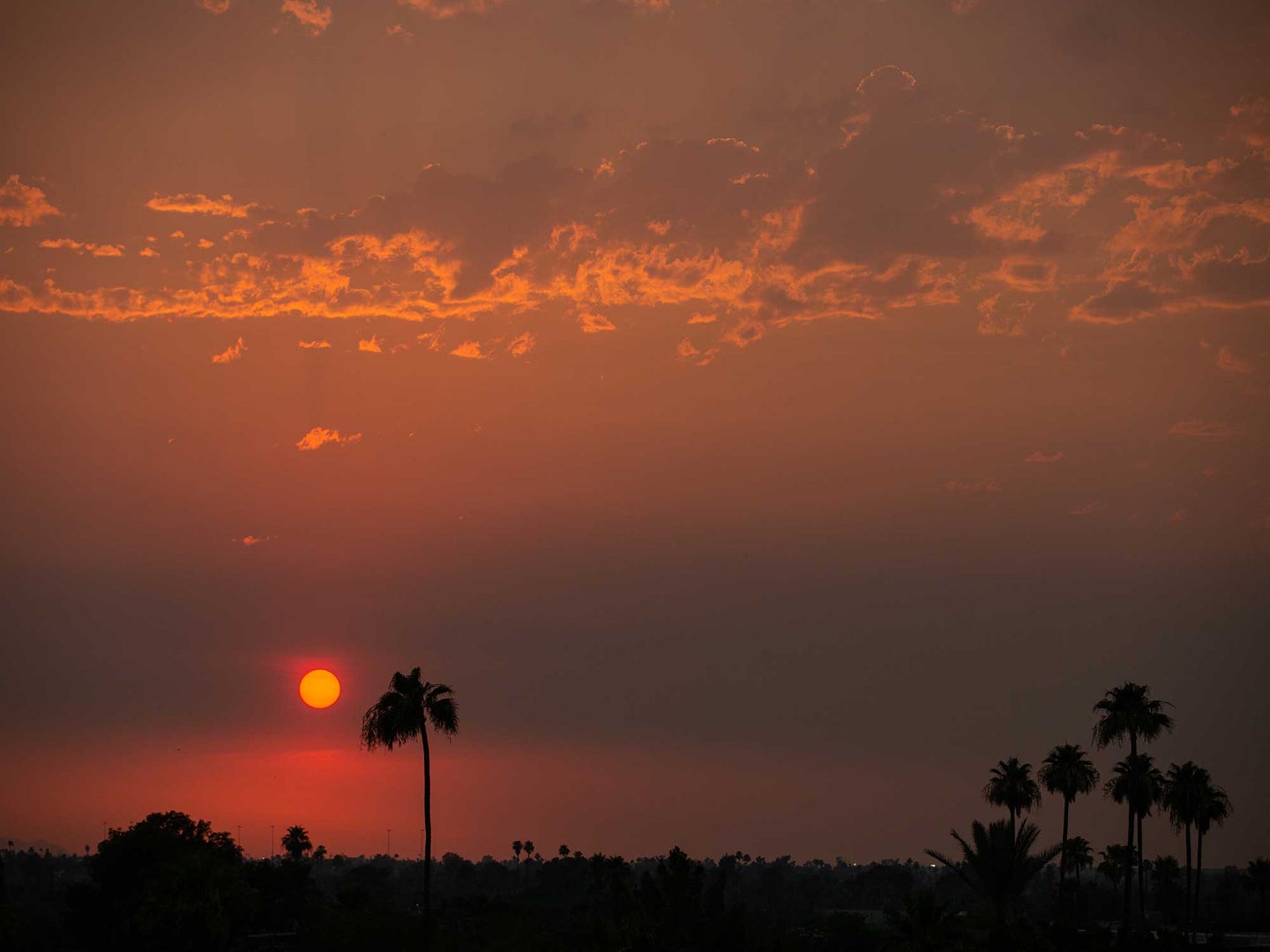 Last summer a mass of high-pressure air, known as a heat dome, settled over the Pacific Northwest, hovering for days. The result was record-shattering heat, with temperatures reaching 115 degrees in Portland. The event may have killed as many as 600 people, according to one analysis.

Jonna Papaefthimiou, the city’s Chief Resilience Officer and interim emergency management director, grew up in Oregon and had never seen anything like it. “We had a heat response plan, but it was kind of lumped together with cold and other kinds of severe weather,” Papaefthimiou said. “From the perspective of emergency management, it was a failure of imagination that so many people could die of heat in Oregon.”

Heat is the deadliest natural disaster. Recent research estimates that roughly 5,600 Americans die of heat-related illnesses each year. It can cause heatstroke (an inability for the body to regulate its temperature), cardiac arrest, and kidney failure, and is particularly dangerous for the elderly and those with chronic health conditions.

Climate change is making extreme heat events like the one that afflicted the Pacific Northwest more intense and frequent. Earlier this month, 125 million people—more than one-third of the U.S. population—were under heat alerts as a heat wave bore across much of the Southwest and Central states. Even worse heat waves are expected in the coming months; the National Oceanic and Atmospheric Administration has said that above-normal temperatures were likely to persist across most of this country this summer.

Four officials—in Portland, New York, Miami-Dade and Phoenix—discussed their cities’ unique heat challenges and how they plan to keep residents safe this summer.

Last summer’s heat wave was responsible for at least 115 deaths in Oregon, according to state figures. Papaefthimiou, who grew up accustomed to Oregon’s historically mild summers, said last summer’s death toll was eye-opening. “We always thought of extreme heat as a problem for Southern states,” she said. “We have to change our thinking in a profound way.”

In Portland, the biggest difference between life and death was access to air conditioning, she said. Almost none of the people who died from the heat last summer had working air conditioners, according to local reports. Isolation also played a role: almost all of those who died were alone. “People who died in the heat—they didn’t have anybody to call,” she said.

Papaefthimiou and her team are enlisting volunteers and organizations like Meals on Wheels to call at-risk Portlanders during heat events. They’re also partnering with community-based organizations to spread the word about the dangers of heat and open hyper-local cooling spaces.

“We recognize that a lot of those communities that have been poorly served by the government are not neighborhoods where we’ve earned trust,” she said. She said she believed residents may be more likely to heed warnings from their local religious or community leaders and take shelter in local community centers.

In the long-term, Papaefthimiou said the city needs more equitable tree cover and better access to in-home air conditioning. “But trees take time to grow.. For now, our focus really has to be—how do we get people someplace cool?”

Miami-Dade County hasn’t had a day above 100 degrees in years. “Our biggest risk is chronic exposure to heat,” said Jane Gilbert, the county’s chief heat officer. Though Southern Florida doesn’t experience triple-digit heat waves like other parts of the country, temperatures in the 90s, paired with high humidity, can be deadly.

Some of those at the highest risk are the county’s roughly 300,000 outdoor workers and those who struggle to pay the bills to cool their homes. Those two groups often overlap, Gilbert said.

“Most people have access [to air conditioning] but it may be substandard access. It may be that they don’t want to use it because they can’t afford to,” she said. “Someone could have the combined challenge of being exposed to a lot of heat during the day and then coming home and not be able to afford the AC.” Miami-Dade County reported 43 heat-related deaths last year, but Gilbert said that’s likely an undercount.

The region’s increasingly frequent and intense hurricanes pose another danger: power outages. Florida nursing homes reported a 25 percent increase in deaths the week following Hurricane Irma, in 2017, which left millions of people exposed to heat. (The state now requires assisted living facilities to have a generator with the backup power to keep a community room cool for at least four days.)

“Anything that would cause a widespread and extended power outage during our hot months could be quite disastrous from a heat standpoint,” Gilbert said. “Our evacuation shelters have enough backup power to keep the lights on and [provide] critical services, but they don’t have the capacity to keep a shelter cool—so that’s one of our highest priorities.”

Phoenix is one of the hottest large cities in the United States, with temperatures regularly exceeding 100 degrees in the summer. Dave Hondula, the city’s chief heat officer, said Phoenix struggles with the same heat inequities seen around the world. “In most places where we look, there’s a very tight coupling between income and indications of neighborhood level heat,” he said, adding that there is a subsequent correlation between heat-related deaths and illnesses and hot, low-income neighborhoods.

Heat exacerbates almost any other public health challenges, Hondula said. For example, in recent years, nearly half of the city’s heat-related deaths have been related to substance abuse, he said. Many were experiencing homelessness. “This is not this is not a situation where a friendly volunteer handing out a water bottle at a bus stop [or] swimming pools being open is going to make a difference,” he said.

For all its challenges, Phoenix can serve as a kind of laboratory for how cities can adapt to a heating planet, Hondula said. In addition to increasing tree cover, the city is looking at cool roofs and cool pavements—coating these surfaces with reflective paint so they absorb less heat—as ways to bring down temperatures.

Even in a city where residents are accustomed to extreme heat, Hondula said messaging and education are crucial to saving lives. “We can monitor babies from our smartphone on the other side of the country and we can feed our pets treats remotely,” he said. “There’s no reason we should be having people fall through cracks [because they don’t realize] it’s just simply too hot in their home. We ought to be able to detect those cases in one form or another.”

More than 350 New Yorkers die from heat-related illnesses each year, according to city estimates. “The majority of those affected are seniors, mostly African American, mostly from indoor exposures,” said Kizzy Charles-Guzman, the city’s executive director of Climate and Environmental Justice. “These are mostly people who did not have access to cooling or that had access to mechanical cooling, but they were worried about the energy bill.” She said the city’s old, often poorly ventilated building stock make indoor heat exposure particularly dangerous.

In her previous role, in the city’s climate resiliency office, Charles-Guzman developed the city’s first-ever heat adaptation plan. The plan focused on growing the city’s tree canopy in poor neighborhoods, expanding the use of cool roofs to reduce building energy costs and consumption, combating isolation through a buddy system and distributing air conditioning to low-income households.

She said 10 years ago many in the environmental movement attacked her for distributing air conditioners, calling it a maladaptation to climate change. “Mechanical cooling is necessary in a climate-changing world. We need better,cleaner sources of energy, but we cannot meet our GHG emissions reduction goals on the backs of the poorest people,” she said.

Two years ago the city created a $55 million program to distribute more than 70,000 air conditioners to low-income households; the city also encourages those households to apply for energy bill relief so they can actually use the AC units.
Charles-Guzman said she’d also like to see more public spaces draw New Yorkers outside during heat emergencies. “I do wish we were creating more cool corridors in the middle of town, like Paris and Barcelona [have]. They really [seem to have] figured out a way to activate the public realm to provide cooling solutions to the general population,” she said. “That’s one thing that could draw New Yorkers  out of their homes, which is where they feel safest but [where] they potentially aren’t.”