Are US booster shots sapping the world’s vaccine supply?

If the coronavirus continues spreading anywhere in the world, it has the capacity to spread everywhere. 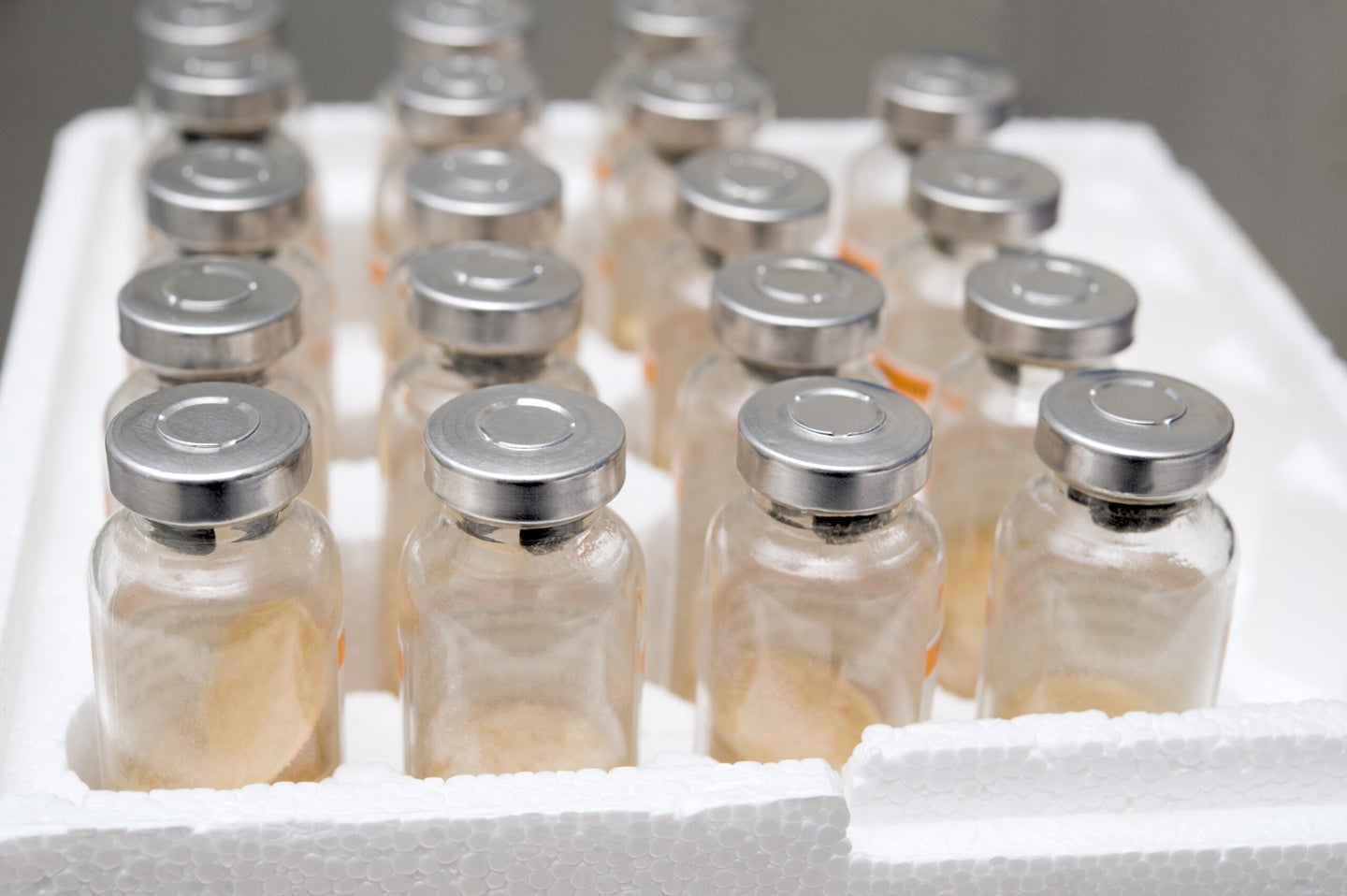 Booster shots essentially further extend the scarcity of COVID-19 vaccines worldwide by presenting wealthy nations with an opportunity to jump to the front of the vaccine line again. Bork/Deposit Photos
SHARE

In fall 2020, Johnson & Johnson announced a deal with Aspen Pharmacare, a pharmaceutical company based in South Africa. Once Johnson & Johnson gained approval from the World Health Organization (WHO) and South Africa for its COVID-19 vaccine, Aspen Pharmacare would manufacture millions of doses for use in that country and abroad. The deal included a major shipment for South Africa: 31 million doses, enough to inoculate over half of the country’s residents with this one-shot vaccine.

But once Aspen began actually producing vaccines in summer 2021, the vast majority of these doses were not used to vaccinate South Africans. Instead, the doses were sent out to Europe— as South Africa was hit hard by the Delta variant.

Aspen agreed, “or was forced to agree, that the South African government wouldn’t impose export restrictions,” says Fatima Hassan, founder of Health Justice Initiative, a research and advocacy group based in South Africa. The company’s contract stipulated that “basically, Aspen had to send the vaccines wherever Johnson & Johnson wants.”

“They [Johnson & Johnson] would have no power to extract such a concession from the US government or the EU,” Hassan says. “But they can do that in Latin America and Africa.”

Thanks to pressure from South African activists and others, spurred by a New York Times investigation, the country was eventually able to put a temporary pause on vaccine exports. This allowed millions of Johnson & Johnson vaccines to stay in South Africa. As of October 15, the country has administered about 14 million vaccine doses, according to Our World in Data.

Aspen’s contract represents just one example of the vaccine inequity brought on by companies that prioritize their highest-income clients over the rest of the world. Booster shot campaigns are now exacerbating this divide, as limited vaccine supplies continue to go to wealthy countries first and manufacturers in low-income countries are barred from accessing vaccine technology.

Popular Science talked to six experts from around the world, all of whom agreed that the major pharmaceutical companies that developed COVID-19 vaccines have limited amounts they can supply to lower income companies mainly because they insist on controlling the manufacturing of all doses of those vaccines.

“We basically have artificial scarcity of vaccine doses,” says Robbie Silverman, a vaccine advocate at Oxfam America. The pharmaceutical companies control “where doses are produced, where they’re sold, and at what price.” The world’s vaccine supply is thus limited by contracts signed by a small number of big companies; and many of those contracts, Hassan says, are kept secret behind non-disclosure agreements.

When companies have absolute control of where to send their vaccine doses, it serves their best interests to send those doses to wealthy nations first, says Margaret Harris, spokesperson for the WHO. Wealthy nations are “easier markets to service,” she says, with high prices and already-established infrastructure to deliver doses.

“If that market continues to purchase,” Harris says, vaccine companies are “not going to be interested in contracting in other markets.”

Booster shots essentially extend the scarcity further by presenting wealthy nations with an opportunity to jump to the front of the vaccine line again. “Supplies that are currently available are diverted” for boosters, says Hassan. “Just to serve preferred customers in the richer North.”

As a result, countries like the U.S., the U.K., and Israel have ample supplies for booster shot campaigns while countries like Botswana—which signed a contract with Moderna in June—have not received a single dose. Shipments to this African nation were supposed to start arriving in August.

In addition, Hassan notes that centralizing all vaccine production with a small number of manufacturers can be dangerous when an error occurs, like the contamination that shut down a Maryland factory making Johnson & Johnson vaccines in April. “If you only have a handful of suppliers,” Hassan says, “when there’s a problem in Baltimore, it affects the entire global supply chain.”

“We can’t tell countries what’s coming,” Harris says. Public health leaders need to know when their vaccine shipments are coming, how many doses they’ll receive, and other crucial information. She says, “You need to plan your cold chain, you need to plan your campaigns, you need to tell people, ‘vaccination will be available these days in these places.’”

The Pfizer and Moderna vaccines in particular require a lot of preparation, Harris says, because of their mRNA technology. To administer these vaccines, countries need to obtain special low-temperature freezers and train health workers to handle the products.

But storing vaccines and training staff will mean little if people don’t show up to get vaccinated. For successful vaccine campaigns, public health leaders need to have “so many ducks in a row,” Harris says. These details include logistics, staff, advance communication with communities, and actually delivering on planned vaccination events.

“If the day that people have been told to come, they turn up and there’s no vaccine, they probably won’t come back the second time,” she says.

If the coronavirus continues spreading anywhere in the world, it has the capacity to spread everywhere. Every new infection provides the virus with an opportunity to mutate, potentially generating a new variant—like the Delta variant, first identified in India in early 2021.

“Variants arise when there is a lot of infection,” says Senjuti Saha, a microbiologist who works on coronavirus sequencing and leads the Child Health Research Foundation in Bangladesh. “The less we vaccinate around the world, the higher the chance that we will get variants, newer variants circulating very soon.”

Saha finds it concerning that right now, many countries with lower vaccination rates are also densely populated, poised for continued coronavirus spread. In Bangladesh, about 23 percent of the country has received at least one dose, according to Our World in Data. For many countries in Africa, this number is under five percent.

Plus, many current vaccine campaigns in low-income countries are relying on doses of the Sinovac and Sinopharm vaccines. These two vaccines, produced in China, are “proving far less effective than some of the other vaccines,” says Peter Maybarduk, director at the DC-based nonprofit Public Citizen. In fact, the WHO recently recommended that recipients of these two vaccines over age 60 should get booster shots of the same or different vaccines. “We’re now entering an era of second-class vaccines for second-class people,” Maybarduk says.

Harris argues that vaccinating people in low-income countries may actually be a better return on investment for the U.S. than providing booster shots at home. The Americans who are willing to line up for booster shots have already received one or two vaccine doses, she says—meaning that they are already well-protected from severe COVID-19 disease and death, unlike the millions of unvaccinated people in both the U.S. and low-income nations.

“All the work in countries where you’ve got good [vaccine] coverage should be on getting those unvaccinated people vaccinated,” Harris says.

Open up the technology

The Biden administration has argued that the U.S. is capable of both vaccinating the world and providing booster shots at home. But so far, the administration has focused on pledging donations—which experts say is not the long-term way out of the pandemic.

“We’ve had many, many pledges,” Harris says. “We haven’t seen much delivery on those pledges.” For example, Biden’s pledge to donate one billion Pfizer doses will not be realized until the end of 2022, if it meets its deadline at all. As of late September, under 200 million donated doses have gone out from the U.S.

“The only way you’re going to be able to do booster shots and vaccinate the whole world is if you actually open up the technology and scale up manufacturing,” Hassan says.

Saha agrees: “Increasing production is the only way out.” Currently, a small number of companies have a monopoly on producing COVID-19 vaccines, but it doesn’t have to stay that way. She says countries like the U.S. can “put their foot down and say, ‘hey Moderna, hey Pfizer, you have to let local companies manufacture and export at low prices.’”

Moderna may be particularly poised for such pressure because the U.S. invested $2.5 billion in its vaccine development and production, says Marcela Vieira, project coordinator for medicine access at the Graduate Institute of International and Development Studies in Geneva, Switzerland. The company has sent fewer doses to low-income countries than any other vaccine manufacturer; and the Biden administration is pushing Moderna to send more doses abroad, according to the New York Times.

Vieira says there’s more that the Biden administration could do to pressure Moderna. One option is a forfeiture agreement that would “attach conditions to public funding of R&D [research & development].” In other words, Moderna would be required to make their technology more broadly available to other manufacturers in order to receive further funding from the U.S. government.

Another option, Vieira says, is called march-in rights. “When a significant amount of government funding was received for a company to obtain a patent,” she says, “the government can exercise its march-in rights and can claim ownership over the technology.” The U.S. government has invested enough money into Moderna’s vaccine that it could essentially seize that technology—then share it with manufacturers in other countries.

Noubar Afeyan, Moderna’s chairman, has said that vaccine production would be most “reliable” if the company controls all manufacturing. But Vieira and Saha both argue that plenty of companies in the Global South are already set up to produce other vaccines, and are capable of quickly pivoting to make COVID-19 vaccines if they gain access to the technology. Some companies have even made direct offers to Johnson & Johnson and AstraZeneca—only to be rejected.

Popular Science spoke with Saha on October 14, as the Food and Drug Administration’s vaccine advisory committee discussed authorizing booster shots for Moderna’s vaccine. She was unsurprised—yet disappointed—at the ease with which U.S. experts discussed boosters while people in low-income nations, including healthcare workers and other vulnerable groups, remain without first or second shots.

“I cannot be angry at people who are getting those booster shots,” she says. “It’s not an individual problem. It’s not like if one person doesn’t take a booster shot in the United States, that vaccine comes to Bangladesh, or goes to Malawi.”

Instead, Saha says, booster shots in the U.S. and other wealthy nations provide another example of the global health inequity that she’s faced throughout her career, working on childhood vaccinations in Bangladesh. “Our experience of trying to work with policymakers, both nationally and internationally, has taught us that all lives are not valued equally around the world,” she says.

This is a systemic, policy issue that cannot be changed overnight, Saha says. Yet if solutions are implemented—for example, opening up COVID-19 vaccine technology for manufacturing in low-income nations—the shift may have implications for future global health crises.

“It’s not only about this pandemic,” she says. “There are other pediatric vaccines that are still scarce, that children are not getting around the world. The same facilities [that make COVID-19 vaccines] can then be used to manufacture other vaccines—and to manufacture vaccines for the next pandemic.”