The flu can pass more easily in crowded conditions, like those at the border. 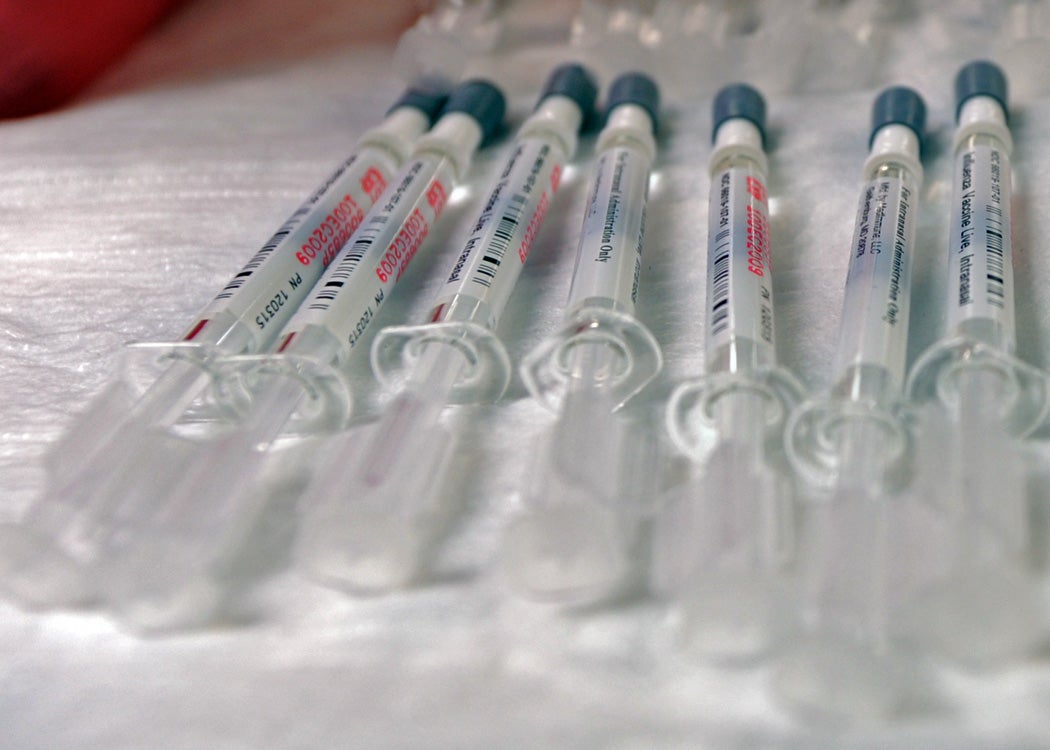 Customs and Border Patrol will not provide flu vaccinations to migrants detained in facilities at the border, according to an official statement sent to CNBC this week. That decision came even though at least three children have died from the flu while being held by the agency, and despite an outbreak of the illness in May at a detention center in Texas.

“This goes against basic public health practice,” says Paul Spiegel, director of the Center for Humanitarian Health at Johns Hopkins University. The Centers for Disease Control recommends everyone over the age of six months receive the flu shot, and in unsanitary and crowded conditions, like those reported at camps along the borders, the flu can pass from person to person more quickly than less congested areas.

Children in these facilities could be at a particular risk from the flu, says Sandra Quinn, chair of the department of family science at the University of Maryland School of Public Health. “These children are under enormous stress. Their immune systems may not be able to fight in the way would fight if they were getting good food and care and decent sleep,” she says.

People held in detention facilities should be provided with the same preventative health care that is standard in the country that the facilities are in, Spiegel says. In the United States, that would mean providing flu vaccinations per CDC recommendations, and taking additional care to offer the shots to people who might be at additional risk of complications, like children, the elderly, or people with other health conditions. Not offering vaccinations could lead to more outbreaks and more flu deaths, which usually only occur rarely, he says.

The flu vaccine, Quinn says, is a basic step that could be taken to protect the health of people in these facilities and those around them. “If we’re not taking the simple, fundamental steps, you have to wonder how well we’re doing at the larger health issues.”

But despite the wide condemnation of the CBP policies from physicians, it isn’t surprising to Roberto Potter, who studies criminal justice and public health at the University of Central Florida, that these facilities aren’t offering vaccinations for the flu. Most jails and prisons in the United States don’t offer flu vaccines, or offer them only to people who are high risk, like the elderly or those with other underlying conditions. Medical care provided in any detention facility in the United States is usually going to only be what’s adequate, and be reactive to problems—not proactive. “Preventative care is not a guarantee in any detention centers,” he says.

That’s despite Federal Bureau of Prisons guidelines that say facilities should adhere to the CDC recommendations for flu vaccinations. Low access to vaccines in jails and prisons, which also face overcrowding, unsanitary conditions, and complex health needs, has led to regular outbreaks, with some leading to deaths.

During the 2009 swine flu pandemic, for example, over half of U.S. jails did not receive any doses of vaccine, according to a report from the CDC. In Maine, two correctional facilities with under 10 percent of people vaccinated had flu outbreaks in 2011. A 2018 outbreak of the flu in an Oregon prison resulted in the death of one woman, and only 18 percent of people detained in that facility had received a flu shot. During another 2018 outbreak, in two Texas prisons, a spokesperson said that vaccinations were only offered to those considered high-risk, despite CDC recommendations saying that is not sufficient.

Some facilities recognize the importance of vaccinations and have strong public health policies, but the policies and practices vary widely, and some do not, says Tyler Winkelman, a health policy researcher at the Hennepin Healthcare Research Institute studying criminal justice and health. “I would say that the standards at some migrant facilities are probably similar to some other types of detention facilities we already have here,” he says.

If CBP is actually processing and releasing migrants as they are supposed to, Potter says he would expect to see similar patterns of flu outbreaks and circulation in the facilities that are seen in and around jails, where the average stay is around 48 hours. “In jails, people could come in with a bout of the flu, pass it around, and if you’re releasing people who are ill, it could spill out into the community,” he says. In a migrant detention center with a circulating flu virus that isn’t adequately addressed, people could enter and become sick, and then carry the illness with them.

“If you’re not paying attention to this, you’re putting them at risk, and you’re also putting your staff at risk,” Potter says. “And the staff takes these things home, and they put their families at risk. And they put schools and other people at risk.”