Tesla’s Big Announcement Is PowerWall: A Battery For Your Home 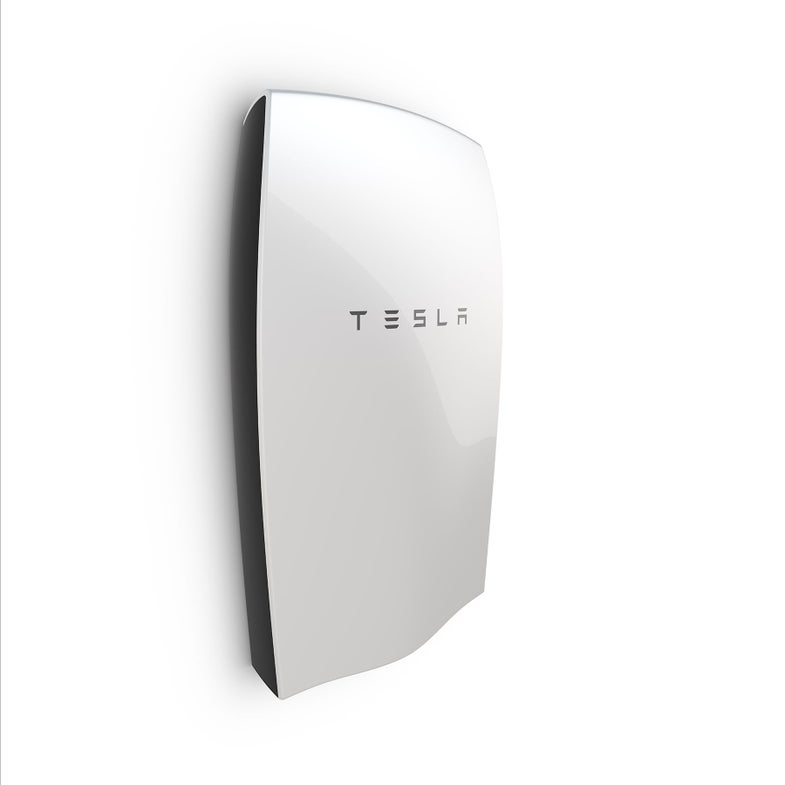 Could a battery big enough to power your whole home be coming to market soon? Yes, says Elon Musk. More than that, he says it will change the world.

Rumors have swirled for weeks about a new announcement from Tesla, with onlookers around the world latching onto any crumb of information from the electric car company. CEO Elon Musk kept the suspense level high, promising that on Thursday he would reveal ‘The Missing Piece’ of the energy equation.

Anticipation continued to build as the 8:00 p.m. Pacific (11 p.m. Eastern) press conference got pushed back to 8:30, and then finally to 9:18, leaving online fans and press watching a live stream of reporters taking pictures of a stage–empty of everything except a backdrop that read “Powerwall Tesla Home Battery.” Endless loops of lights and music swirled around the room, powered entirely by battery (though the crowd didn’t know that yet).

Finally, Musk took to the stage to announce the launch of “Tesla Energy.”

Despite the schedule snafu, Tesla had this moment planned for years. Ground broke on their battery-producing Gigafactory in 2014, and by 2020 the facility will be pumping at full capacity, sending out massive quantities of lithium-ion batteries. They hope to produce more batteries in one year than the entire world produced in 2013.

Some of these will be Powerwalls, huge batteries that can power your home. The Powerwall will come in a 10 kilowatt-hour (kWh) model and a 7 kWh model. The battery comes in a narrow rectangular case that can be mounted inside or outside a residence. Both models will be 220 pounds, 51 inches tall, 33 inches wide, and just 7 inches thick.

Musk wants to boost the amount of renewable energy use in the United States and around the world. “We have this handy fusion reactor in the sky called the sun,” he said at the press conference. The idea is to create an easy, efficient way to store energy generated by your home’s solar panels during the day that can then be used at night (the 7 kWh version), or during emergency scenarios (10 kWh). For comparison, a refrigerator uses about 0.2 kWh and lighting a room uses 0.1 kWh.

“The issue with existing batteries is that they suck,” said Musk. Bias aside, he’s not wrong. Many batteries today are expensive and inefficient, losing their ability to hold a charge over time. Solar and battery companies around the world are looking into solar energy storage solutions but few have reached a point where they are widely available, and those that are on the market are very expensive. Solar company Sungevity recently announced a partnership with Sonnenbattery to make batteries for your home available for about $10,000 and Bosch’s solar storage solution is selling for more than $30,000 in Australia.

So how much will Tesla’s revolution cost? As of now, the 10 kWh version is going for $3,500 and will start shipping this summer. The Powerwall will only be available in the U.S. initially, but Musk hopes the battery will scale globally, allowing people in developing countries without a robust electrical infrastructure to get electricity quickly without relying on power lines. Up to nine Powerwalls can be stacked together for particularly large houses or small commercial applications.

For larger businesses and utilities like solar farms who want to go off the grid, there’s a bigger version in the works known as the Powerpack, and this is where Musk’s vision zooms ahead to a future where energy is generated by renewable resources and stored for future use in giant batteries.

With 2 billion Powerpacks, Musk predicts that the entire world could be powered completely by battery. That’s electricity, cars, everything. It might seem impossible, but Musk points out that 2 billion is about the same number of cars that are currently on the road. With a factory that can pump out massive quantities of batteries at a comparatively low price, it’s easy to believe Musk when he says that switching over to batteries powered by renewable energy is, “something that we must do, we can do, and we will do.”