You Can Finally Afford A Tesla

A Tesla Powerwall, that is 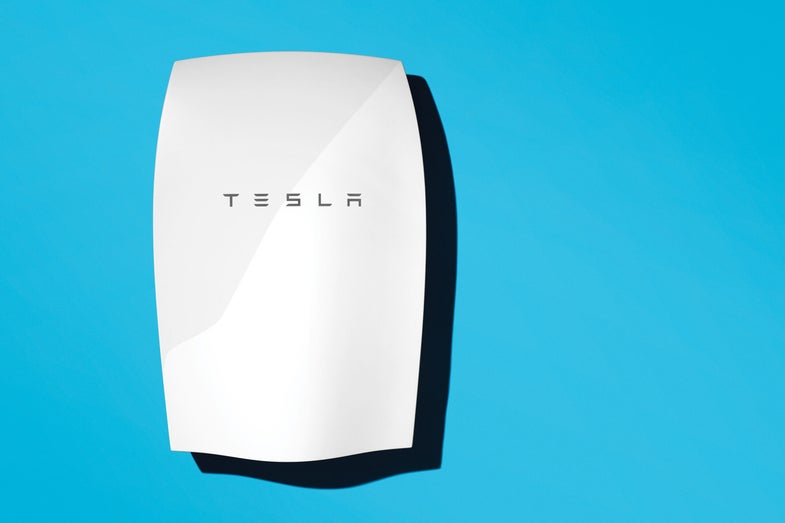 Installing solar power at home is good for your wallet and the environment, but storing it is no easy feat. Until recently, the process involved connecting a series of finicky, fragile, glorified car batteries. The Powerwall, unveiled by Tesla Motors CEO Elon Musk earlier this spring, is no DIY project. It’s a simple plug-and-play home lithium-ion battery aimed at changing the way people think about and store energy.

The Powerwall’s large curvy case is the size of a futuristic boogie board, and it’s meant to be mounted on a wall like art. It draws electricity from the grid when demand and rates are low or sucks it from solar panels atop your roof (panels sold separately). The energy is saved for use during peak power-demand hours, when utilities raise rates, or as backup during a power outage.

It fits in nicely with another Musk-backed company: SolarCity. But its creators say that Tesla Motors’ prior research into electric cars is what made it possible.

The Powerwall comes in two models with different storage capacities, prices, and purposes: The 7-kilowatt-hour model costs $3,000 and is designed specifically for daily solar-energy collection and discharging; the 10-kilowatt-hour model costs $3,500 and is meant to store energy for weeks at time as backup. Up to nine Powerwalls of each type can be connected for even greater capacity.

In America, the number of solar installations is small but growing. And with the price of solar energy systems steadily declining (6 to 8 percent a year since 1998, according to the U.S. Department of Energy), analysts expect solar energy to reach price parity with the larger, fossil-fuel-dominated electrical grid as early as next year. Solar junkies aren’t waiting. Musk recently said the Powerwall was sold out through mid-2016, though customers can still place orders online. Based on potential future savings, it might be well worth the wait.

This article was originally published in the August 2015 issue of Popular Science, under the title “You Can Finally Afford A Tesla.”