Friday’s celestial event will be the longest lunar eclipse in nearly six centuries. 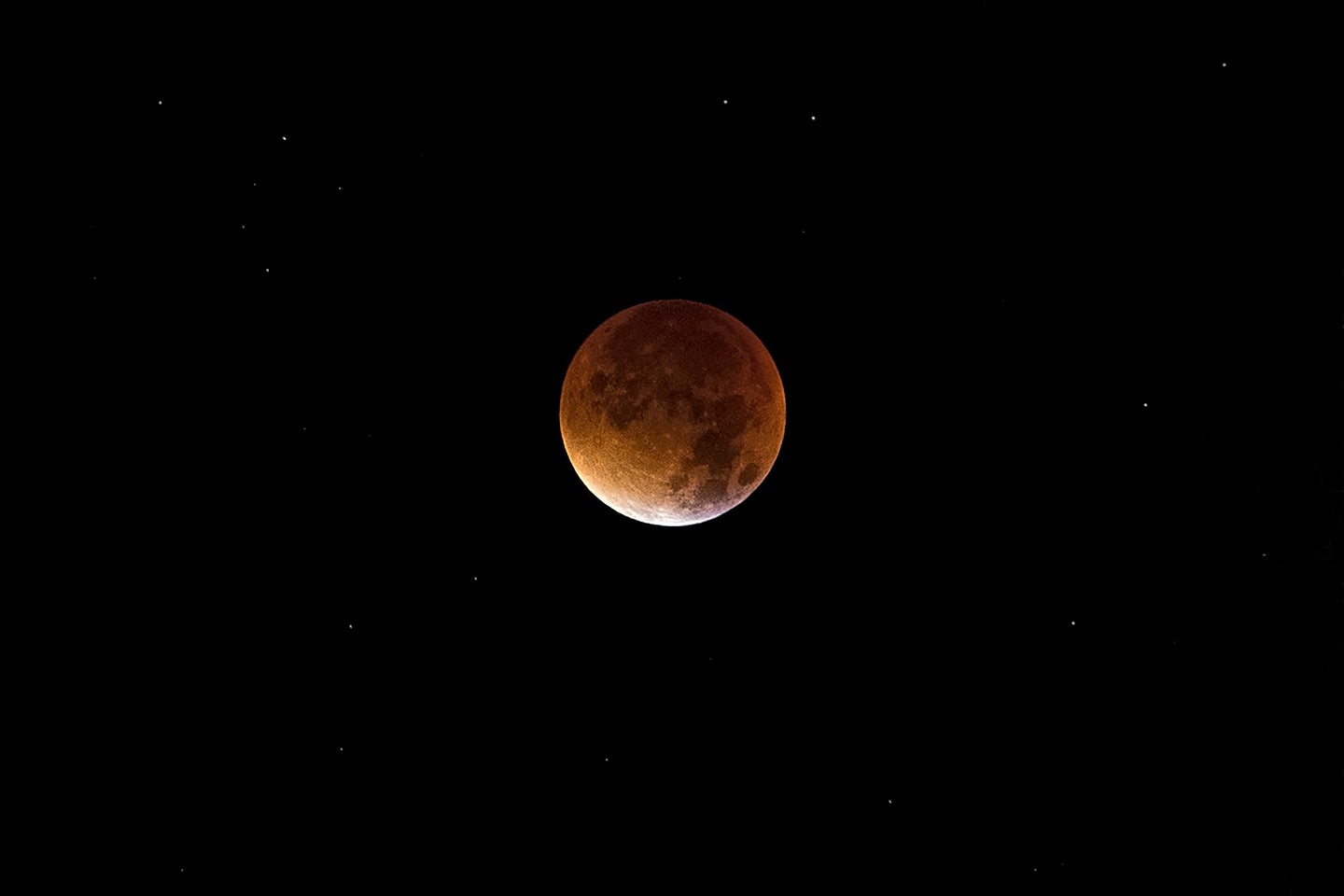 During a lunar eclipse such as this, the moon will go dark with a reddish hue. jplenio
SHARE

Set your early-morning alarms now for the second lunar eclipse of 2021. This spectacular event—known as a Beaver Moon lunar eclipse—will be visible early Friday across North America, the Pacific, and some of Eastern Asia and South America. It will be just shy of a total eclipse, and it’s expected to be the longest lunar eclipse in 580 years, Space.com reports.

Here’s everything you need to know about this almost total eclipse.

What does an ‘almost total’ lunar eclipse mean?

When the Earth, sun, and moon line up for a lunar eclipse, the Earth blocks the light of the sun from reaching the moon. Watchers see the moon slowly grow darker as the Earth inserts itself between the moon and sun. Sometimes, the Earth will completely block the sunlight, but in this case, Earth’s shadow will be covering roughly 97.4 percent of the moon. This makes for an “almost total” eclipse, as it will leave the southernmost portion of the moon still visible to onlookers.

When and how can I see the lunar eclipse?

The lunar eclipse will reach its peak around 4:00 a.m. Eastern Time, according to NASA, but the whole event will last from roughly 2:19 a.m. to 5:47 a.m. Eastern Time. It will be visible to the naked eye, though binoculars and telescopes will make it easier to see the southern portion of the moon remain visible. The eclipse can be seen in all of North America, as well as in parts of Australia, eastern Asia, and South America, although some places will only see the beginning or end of the eclipse. The United States is positioned to see the whole thing, so prep your Friday morning schedule now for this spectacular event.

Why is this eclipse so long?

This eclipse is expected to last 3 hours, 28 minutes and 23 seconds, according to NASA, an incredibly long duration for an eclipse. The moon is at its slowest orbital speed at the time of this eclipse, making for a relaxed stroll in Earth’s shadow. Its sluggishness is because the moon is at its apogee, the furthest point from Earth.

How is this different from the other lunar eclipse of 2021?

The last lunar eclipse happened during what’s known as a Flower Moon. This eclipse is happening during the Beaver Moon. These names are mostly based on old traditions, primarily coming from the names that Native Americans gave the various full moons during the year.

The previous eclipse happened on May 26th, called a Super Flower Blood Moon—Blood for the color during a total eclipse, Flower for the May full moon, and Super for the moon being at its closest point to Earth. The Beaver Moon marks the approximate start of the beaver trapping season. November 19th’s lunar eclipse is also much longer, and will be “almost total,” unlike the total eclipse of the Flower Moon.

Remind me: what’s the difference between a lunar and solar eclipse?

It’s all about the lineup. Lunar eclipses such as this one occur when the moon rests in the shadow of the Earth, causing the moon to go dark with a reddish hue. This red color comes from sunlight that bounces around Earth and still reaches the moon, despite the direct light being blocked. It shows red because Earth’s atmosphere filters out the bluer light. Solar eclipses, which are much more dramatic, happen when the moon blocks the light of the sun from reaching the Earth altogether. This causes the sky to go slightly or totally dark, depending on the totality of the eclipse.