The treatment is now ready for human trials. 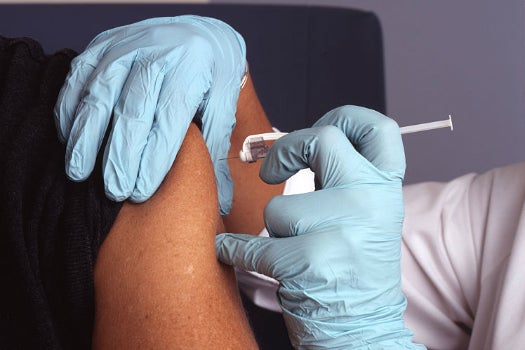 A vaccine to treat heroin addiction has proven effective in keeping drug-addicted rats from relapsing in a preclinical trial, according to a study published this week in Proceedings of the National Academy of Sciences. Researchers from the Scripps Research Institute in California say the vaccine is now ready for human trials.

Initial research into the vaccine in 2011 found that it could effectively keep rats from becoming addicted to heroin without affecting the pain relief they experienced from other opiates. This study built on those results using rats that were already addicted, finding that the vaccine could keep them from resuming compulsive drug-taking behavior even after they experienced withdrawal.

Heroin addiction has proven challenging to treat with vaccines because in order to prevent heroin from working, a vaccine has to target not only the drug itself, but the chemicals it breaks down into once it enters the bloodstream. A few seconds after injection, heroin metabolizes into a compound called 6-acetylmorphine (6-AM) and then morphine, which then pass into the brain, binding to opiod receptors and producing psychoactive effects.

The vaccine generates antibodies that bind heroin and its metabolites in the bloodstream, preventing them from making their way to the brain. It essentially keeps the body from experiencing the fun parts of drug use, like euphoria and pain obstruction.

“They sit in the bloodstream like a sponge, they grab these molecules when they show up, and activate clearance or destruction of the molecules,” senior author George Koob told the San Diego Union-Tribune.

In the study, rats were trained to press a lever three times to receive an injection of heroin. During 12-hour periods of self-administrated access to the drug, the addicted rats began taking heroin compulsively in greater and greater quantities. Then the researchers removed the heroin for 30 days and gave some of the rats the vaccine. After the period of abstention, they were re-exposed to freely accessible heroin. Rats that didn’t receive the treatment resumed taking the drug in increasing quantities, while those that received the treatment didn’t redevelop the compulsion.

If it passes through the human testing phase, the vaccine could help people going through addiction treatment from relapsing. According to data from the National Institute on Drug Abuse 4.2 million Americans have used heroin at least once around their lives, and around 23 percent of heroin users develop a dependency. “Ideally for human patients, the vaccine would be given with other treatments,” author Joel Schlosburg explained in a press statement.

Another heroin vaccine developed by a ground of Mexican scientists was patented early last year. Vaccines are also being developed to treat addiction to meth, cocaine and nicotine.

The Scripps researchers are currently seeking a pharmaceutical company to sponsor clinical trials, which can cost millions of dollars to run.