Rats couldn't resist a slot machine that offered up sugar—until researchers gave them a dopamine blocker. 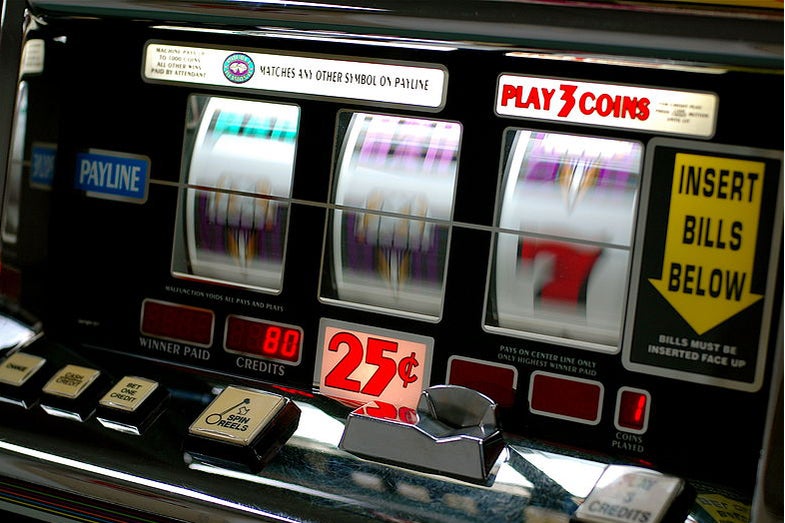 Scientists have found a way to reduce gambling-type behaviors in rats by blocking a specific dopamine receptor, signaling a potential treatment for pathological gambling.

In a study led by Paul Cocker, a Ph.D. student in psychology at the University of British Columbia, a group of 32 rats compulsively used a slot-machine-like system of three flashing lights that lit up when the rats pushed one of two levers. If all three lights lit up, the rats won 10 sugar pellets, delivered when they hit a “cash out” lever. When any other combination of lights flashed, the rats lost, and if they pushed the lever to cash out, they received a 10-second penalty before they could play again. If they chose a different lever, the “roll again” one, it allowed them to play again without penalty.

Like humans, the rats fell prey to the “near miss” effect, where an almost-winning combination feels a little bit like a win in itself—though there’s no reward. The rats often chose the “cash out” lever instead of the “roll again” lever when two of the three lights flashed. Near misses tend to make people keep playing, and the researchers suggest that slot machines’ high rate of near misses make them a particularly addictive form of gambling. 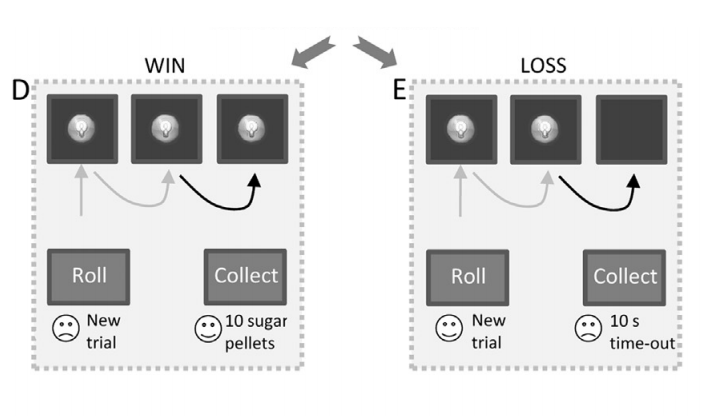 To try to reduce the rats’ gambling behaviors, the researchers blocked dopamine D4 receptors, which have been linked to pathological gambling. Blocking the receptors reduced the rats’ tendency to treat near misses as wins, seemingly decreasing the rewarding aspect of those two flashing lights.

In human trials, the dopamine blocker used here has proved ineffective as an antipsychotic in schizophrenic patients, so it’s not certain these findings would easily translate to people. “More work is needed, but these findings offer new hope for the treatment of gambling addiction,” Cocker said. Especially for all those Vegas-going rats.

The study is available in Biology Psychiatry.