Over the last decade, the advances in neuroscience that led doctors to view addiction as a disease, rather than a... 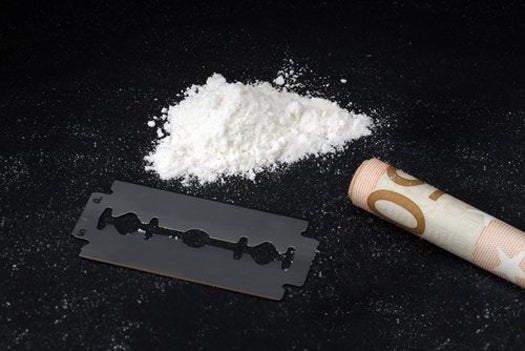 Over the last decade, the advances in neuroscience that led doctors to view addiction as a disease, rather than a desire or personal failing, raised the natural question of whether or not addicts could be vaccinated against drug use as if it were a virus. While the theory remains valid, the recent clinical trial of one of those vaccines, called TA-CD, highlights the complexity of the issue.

TA-CD works by preventing cocaine from entering the brain, thus stopping the user from getting high. It does not, however, stop cravings, leading some test participants who received the vaccine to take 10 times as much cocaine in the hopes of overriding the vaccine and getting high, or to bankrupt themselves while trying to do so.

According to the study, published in the Archives of General Psychiatry, some participants in the study bumped more yeyo than the researchers conducting the study had every seen before. Others lost all their money buying one cut of charlie after another in the vain hopes of finding a package that actually got them high.

Amazingly, none of the test subjects overdosed.

Of the 58 subjects who received the vaccine, only 11 managed to stay off of the Bolivian marching powder for more than half of the time they participated in the study.

The vaccine works like any other vaccine, by stimulating the production of antibodies. However, unlike most vaccines, the antibodies intercept cocaine in the bloodstream, not viruses. Only 22 of the 58 test subjects that received the vaccine actually made the antibodies. And with half of those staying straight more often than not, that means 11 of the 58 experimental test subjects took their snow blowing to the next level. Not exactly the best odds for a drug.

Despite the Jeezy-esque ski trip of 20 percent of the experimental group, the researchers behind the study still think TA-CD has potential for motivated addicts. They believe that without any high from the sweet candy, the addicts will eventually break their dependence as if they weren’t blasting off at all. Plus, once they’re sober enough to feel the effects of all that veterinary deworming chemical, even the hardest-core addict might go looking for some real help.