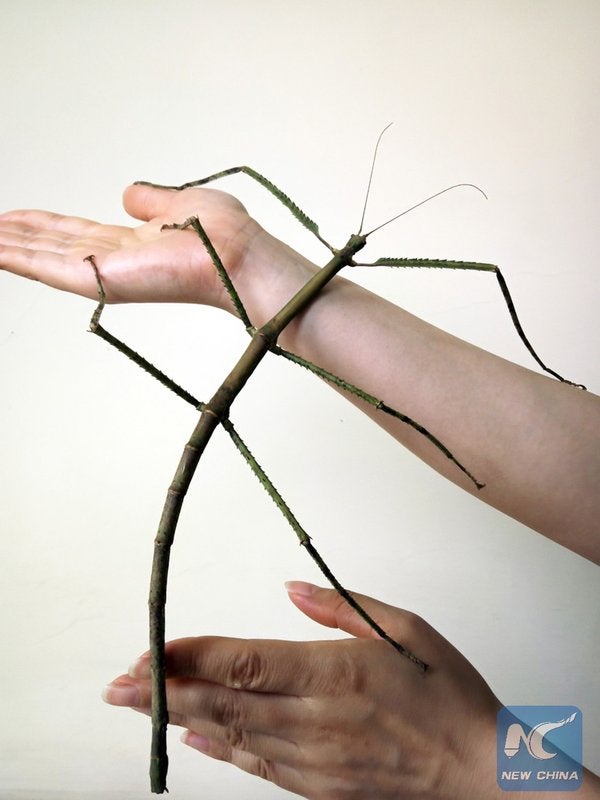 Until now, that honor had belonged to Malaysian stick insect named Phoebaeticus chani, or Chan’s megastick. At 62.4 centimeters, the newcomer extends the record by about 6 centimeters.

Dubbed Phryganistria chinensis Zhao, it was first spied in 2014. Zhao Li, of the Insect Museum of West China, had spent years searching for the massive insect described by locals. He finally spotted his quarry on a mountain in the Guangxi Zhuang region.

The insect returned with Zhao to the museum, where it laid 6 eggs. After hatching, even the smallest offspring cleared 26 centimeters.