Watch This Cat Play With An Optical Illusion [Video]

An important science question AND a cute cat video. 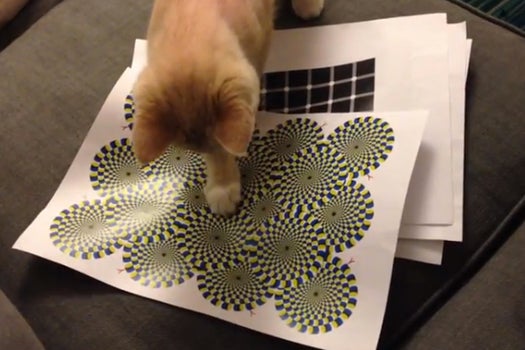 Not that you need an additional reason to watch a cat video, but this clip of a cat looking at an optical illusion could be scientifically valuable, too.

YouTube user rasmusab posted the clip of a cat attacking a version of the rotating snakes illusion like it just saw a laser pointer aimed at the ground, suggesting the cat might’ve seen the wheels “spinning” and tried to get a paw on them. Now rasmusab’s created a Google doc for people to replicate the experiment and report their findings. (We could get so many cat videos out of this experiment, you guys.) For the record, other studies have found that animals–owls, in particular–might see and respond to optical illusions the same way people do. 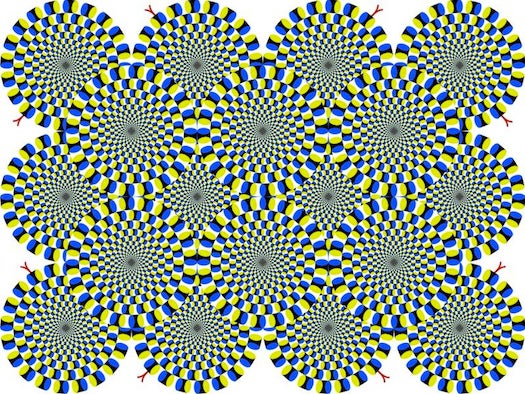 We love citizen science projects, and love them even more when they involve cats. Still, this might be a tough experiment to get accurate results for–cats, after all, sort of seem to like paper in general, so it’s tough to say if they’re reacting to stimuli. But it’s not like we could be against watching cat videos for science.