At Last, a Breed of Fruit Flies That Can Count Up to Four

Evolution, as ever, hard at work 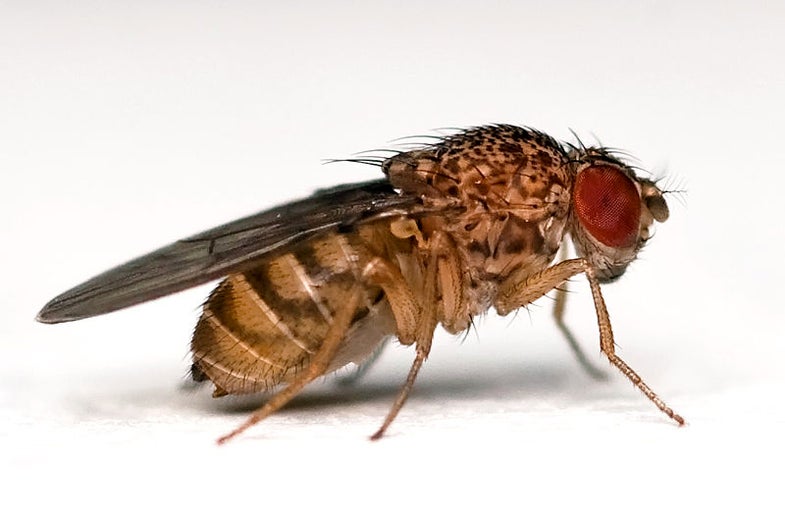 Geneticists in Canada have finally succeeded in an experiment that lasted for 40 generations. Generations of fruit flies, I mean. The flies were kept in containers, and lights were repeatedly flashed on them. When the number of flashes was two or four, the container was given a shake.

At that point, if you’re a creature that can count, you’d start hunkering down for a shake when you counted that the even-numbered flash was coming up. The flies didn’t do this — not until they had evolved to learn how, which took 40 generations.

The researchers, from Ontario’s Wilfrid Laurier University and the U. of California, say that this may shed light on the genetic factors influencing human mathematical ability. Personally, I’d think breeding numerate flies would be enough of an end in itself.