A newly designed metallic soap reacts to a magnetic field, a first in soap research that could lead to better... 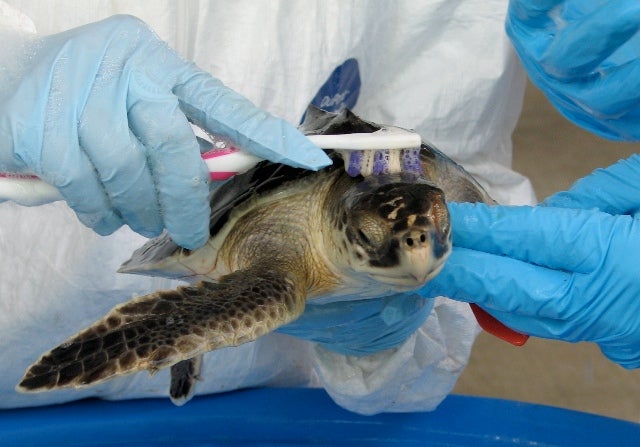 A newly designed metallic soap reacts to a magnetic field, a first in soap research that could lead to better control of cleanup chemicals in situations like aquatic oil spills. A magnet can overcome both gravity and the surface tension between water and oil to draw the soap away, ensuring it can be recovered after it’s used.

One of the main concerns in cleaning up oil spills (and other industrial waste) is the addition of new chemicals into the environment. Dispersants and surfactants — the technical word for soap — can also harm plants and animals, so researchers have long been looking for easy ways to retrieve them or break them down. Some soaps respond to changes in pH, others may break down in sunlight, and so on.

For the first time, scientists have developed a magnetic one, which can conceivably be hoovered up with a magnet after it’s done cleaning. It is made of iron-rich salts that dissolve in water and a host of other inert soapy solutions, the same types found in mouthwash or fabric softener, according to the University of Bristol. The iron creates metallic centers inside the soap particles.

Led by Bristol professor Julian Eastoe, the team tested their soap by placing it in a test tube and pouring in a less-dense organic solvent material on top, so the soap was sandwiched at the bottom. They placed a magnet near the test tube and watched the soap levitate through the less-dense layers and reach the magnet. The team wanted to investigate how this worked, so they examined the iron soap at the Institut Laue-Langevin, a French research facility that uses a neutron beam for imaging experiments. The researchers learned that clumping soap particles brought about their magnetic properties, according to a news release from ILL.

The magnetic soap probably won’t be appearing on supermarket shelves anytime soon, but it’s an interesting breakthrough that could lead to new cleanup solutions for a wide range of industries. A paper on the soap was published in the journal Angewandte Chemie. 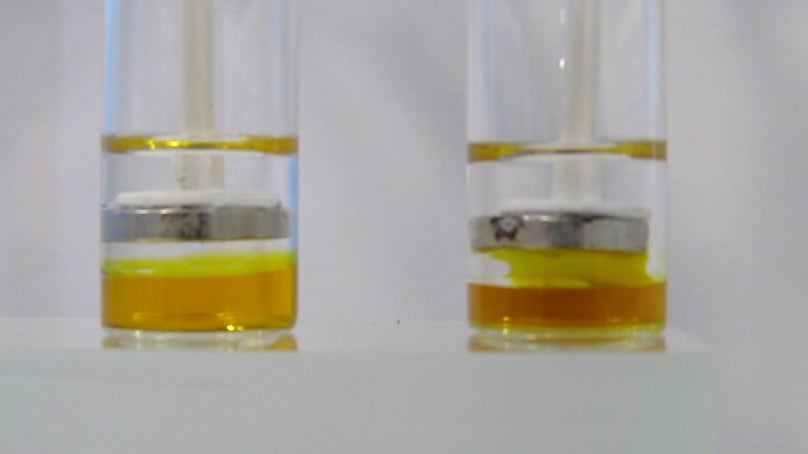 A magnet attracts the soap away from other solutions, including oil and water.