Have you, like us, been missing the rumble and hiss of a good old-fashioned NASA launch? Since the space shuttle... 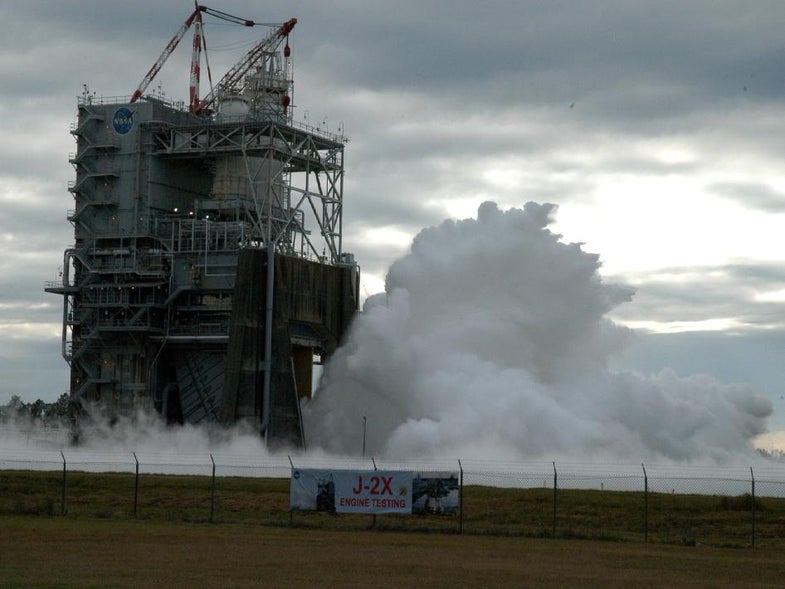 Have you, like us, been missing the rumble and hiss of a good old-fashioned NASA launch? Since the space shuttle retired this summer, there have been a few space payload deliveries, sure — but it’s just not the same when it’s not a human launch system we’re talking about. There was always something special about that guttural roar and plume of white steam streaming from the launchpad. Well here you go: NASA just released this video of their new rocket stage, designed to carry the agency’s next generation spacecraft into deep space.

The J-2X rocket, a derivative of the Saturn V stages designed for the Apollo era, will become part of the upper stage in NASA’s new Space Launch System. It will carry the Orion spacecraft and cargo into deep space someday.

NASA engineers conducted a 500-second test on Wednesday at Stennis Space Center in Mississippi. Now the agency will have to analyze all the data it collected during the several-minute test fire. Many more tests are still to come before the SLS is built, however. Until then, we can content ourselves with imagining how great this steam plume will look beneath the tall gleaming rocket that will once again send American astronauts into space. 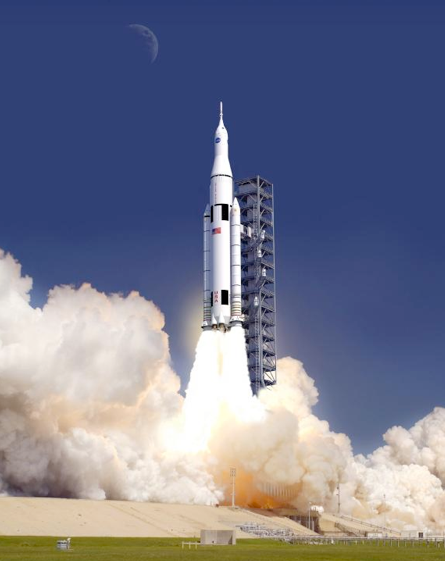