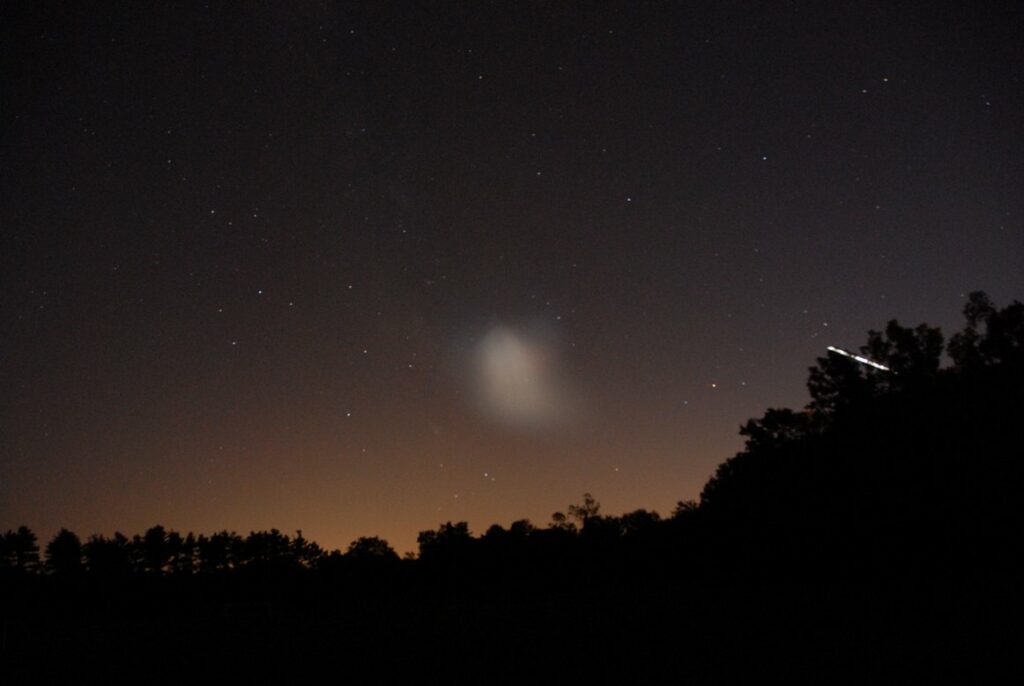 Wary stargazers who spotted a brilliant cloud of light on Saturday night can all chorus together: “Thank you, NASA.” The unusual sight that briefly lit up the sky over the eastern United States represented the first experiment intended to create a relatively rare and recently discovered noctilucent, or night-shining cloud.

Such mysterious clouds usually appear far above any other clouds at an altitude of up to 50 miles in Earth’s mesosphere. Sightings of the faint clouds have often occurred around sunset, although scientists also rely on NASA’s AIM satellite and the Navy’s STPSat-1 to study the brilliant clouds. 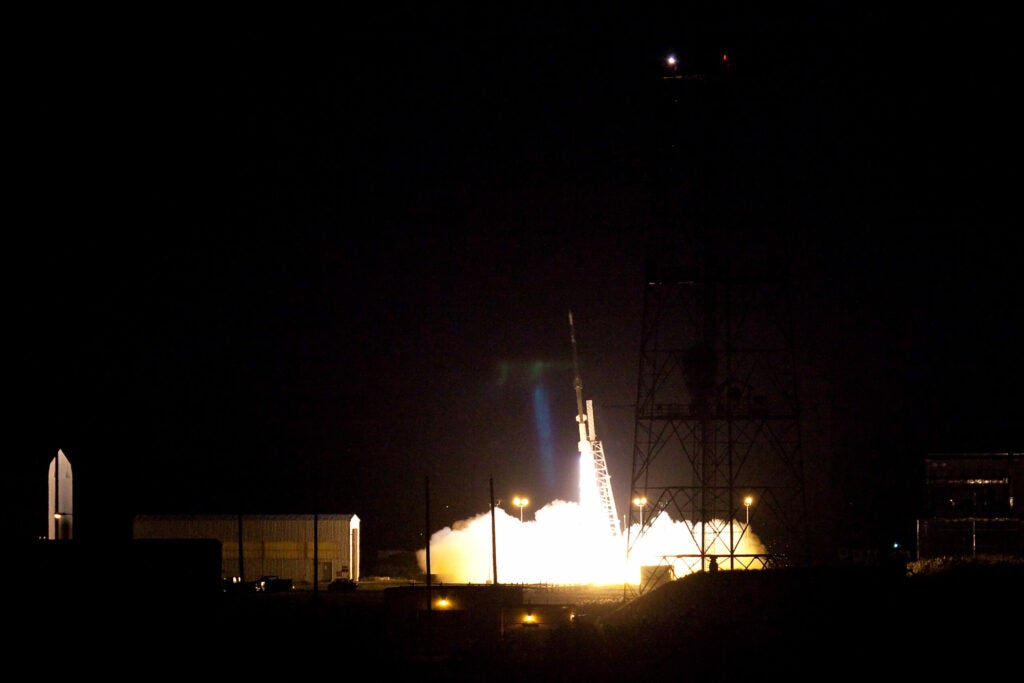 This first rocket experiment to recreate the phenomenon launched from NASA’s Wallops Flight Facility in Virginia. A sounding rocket spewed exhaust particles at a height of 173 miles above the Earth, and left a brilliant display for ground-based radar and cameras–not to mention startled people on the East Coast.

Ground observers described a bright artificial cloud resembling a cone or fan that soon faded out within a few minutes. But the Navy’s STPSat-1 will continue monitoring the manmade cloud from space, as part of the cooperative effort between NASA, the U.S. Naval Research Laboratory, the Department of Defense’s Space Test Program, and several universities.

Previous space shuttle launches have also sometimes led to enhanced night-shining clouds due to the water vapor in the exhaust plumes. That excludes the magnificent plume of pee released by the space shuttle Discovery.

For now, scientists hope to use this latest artificial cloud to better understand how the clouds evolve, and to develop simulations of how dust particles from rockets affect the Earth’s upper atmosphere.

Here’s what a naturally-occuring noctilucent cloud looks like, for comparison: 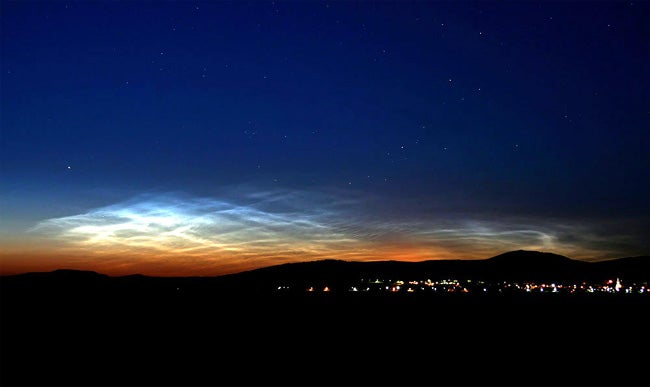