The VISIONS mission will give scientists an inside look at how the optical phenomenon influences Earth's atmosphere. 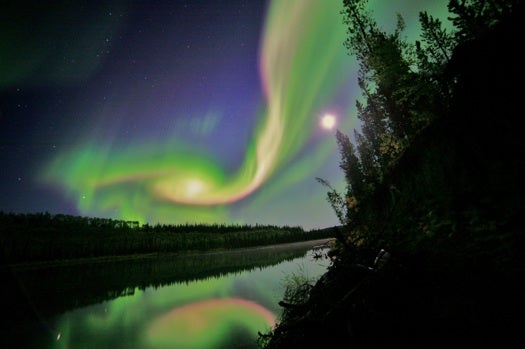 Aurora in the Yukon

NASA scientists in Poker Flats, Alaska, have been waiting since Saturday for the right weather conditions to launch a sounding rocket into the green aurora-lit skies, where it will fly to an altitude of 500 miles and capture data and imagery from within and above the northern lights.

The team’s primary mission is to learn about how the heat from the aurora slingshots oxygen atoms away from Earth’s upper atmosphere and into space.

The aurora itself is a result of electrons flowing in the opposite direction, from the outermost atmosphere toward Earth’s surface. Ions are always traveling along the planet’s magnetic field lines, but sometimes, traffic along the lines suddenly spikes, and inbound electrons come streaming toward Earth and collide with atoms of oxygen and nitrogen in the upper atmosphere, and those atoms get momentarily excited and release photons of red or green light to calm back down.

During its fifteen-minute flight, NASA’s VISIONS (short for “VISualizing Ion Outflow via Neutral atom imaging during a Substorm”)rocket will travel through all this auroral action and then fly above it, to an altitude of about 500 miles, where the auroral wind is generated. The scientists hope to discover how the aurora supplies enough energy to kick up the auroral wind, and to get a sense of how big the stream of outbound oxygen atoms is.

Since sounding rockets have no guidance system, the VISIONS team has to wait for the right weather–coinciding, of course, with an auroral event–to launch. Hopefully, those conditions will arrive before the launch window closes on February 17. The team is sending mission updates and photos throughout the wait: 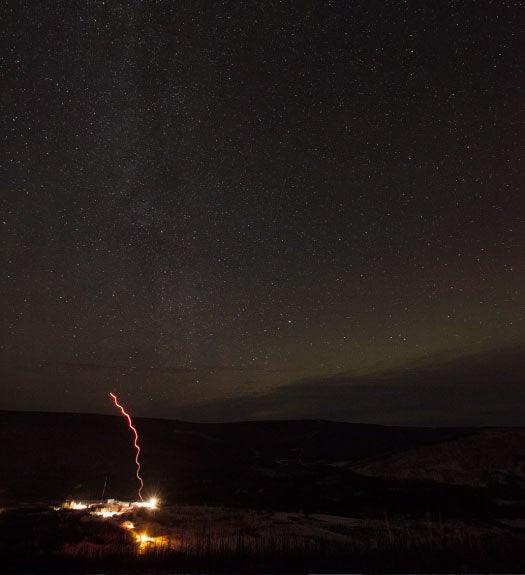 Scientists send up a lighted wind-weighting balloon to test the strength and direction of the wind. Since the rocket has no guidance system, the team has to measure the wind right before launch, and point the rocket accordingly. In the image below, the faint green of an auroral display spans a stretch of sky behind, but the light from the ascending balloon reveals that wind speeds aren’t high enough for a launch. 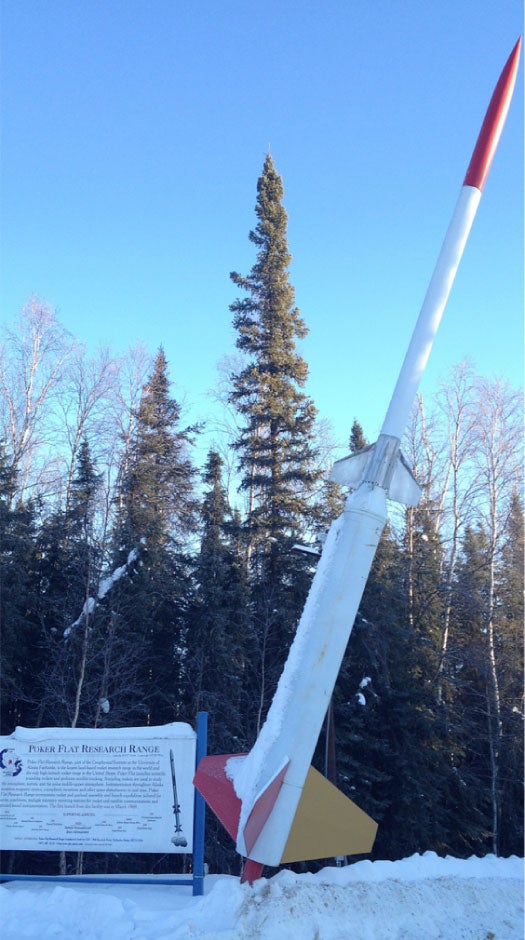 The VISIONS Rocket: Ready For Launch 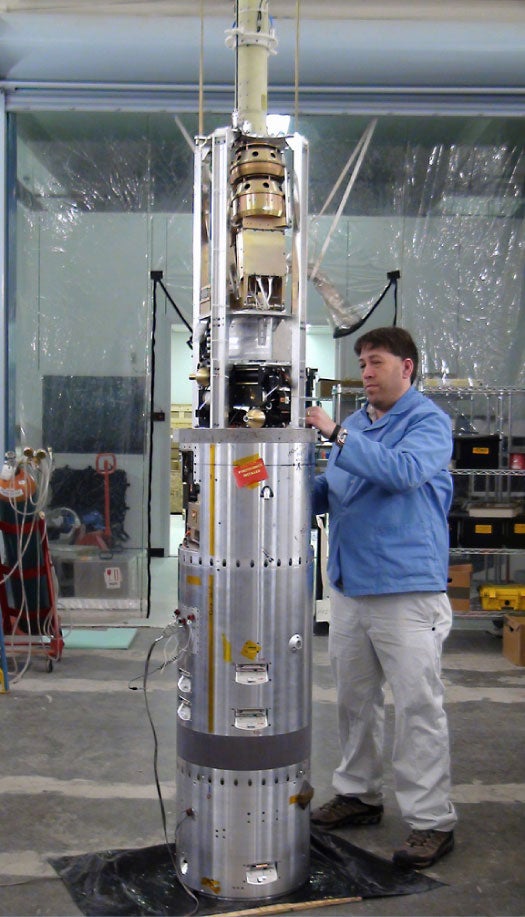 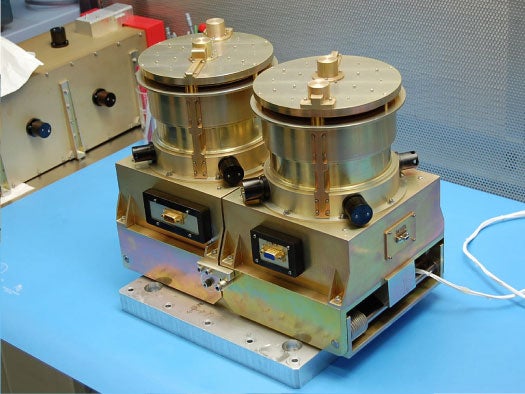