Scientists Successfully Induce Hibernation in Animals for the First Time

Then they wake them up again 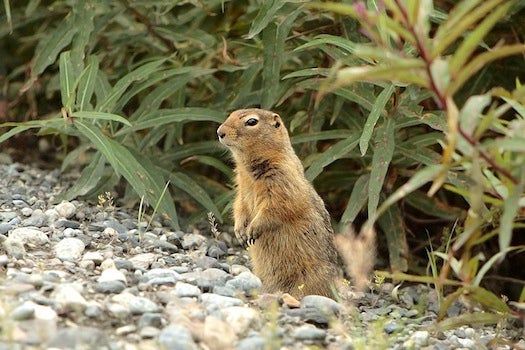 Scientists at the University of Alaska, Fairbanks have successfully caused a group of arctic ground squirrels, naturally hibernating animals, to wake from and then go back into hibernation. It’s the first time anyone has ever managed to induce hibernation, and it could have some pretty amazing medical benefits for humans as well.

Why is hibernation importnat? Hibernating animals can reduce their metabolism severely, which reduces heart rate and blood flow, enabling them to consume much less oxygen and survive in environments (especially in cold winters) that a non-hibernating animal would not be able to cope with.

These researchers discovered that the molecule that induces hibernation is adenosine, which is produced by all animals, including humans. When adenosine attaches itself to receptors in the brain, it causes the animal to feel sleepy. But in hibernating animals like the arctic ground squirrel, during hibernation season the body produces a huge amount of adenosine, which triggers a much more intense form of sleep–torpor, or hibernation. From that discovery, the scientists created an artificial form of adenosine as well as a synthetic version of caffeine, which was expected to have the opposite effect.

The results were actually a little mixed; the scientists definitely did managed to induce and reverse torpor in the ground squirrels, but that success was partly dependent on the season. During the middle of the hibernation season, torpor was successfully induced in every case, but only a third of the squirrels could be put back into hibernation during the early part of the hibernation season. The scientists are not quite sure yet how the season affects the animal’s susceptibility to the drug.

Next up is an attempt with rats, which will give a better sense of how the drug might work on humans. And there are indeed some serious medical uses for induced hibernation: After intense episodes like a heart attack or stroke, many lives could be saved if highly reduced blood flow could be induced. Why else would DARPA be looking into it?