We’re always suckers for a good art/science mashup, so perhaps it’s no surprise that we’re feeling pretty good about today’s... 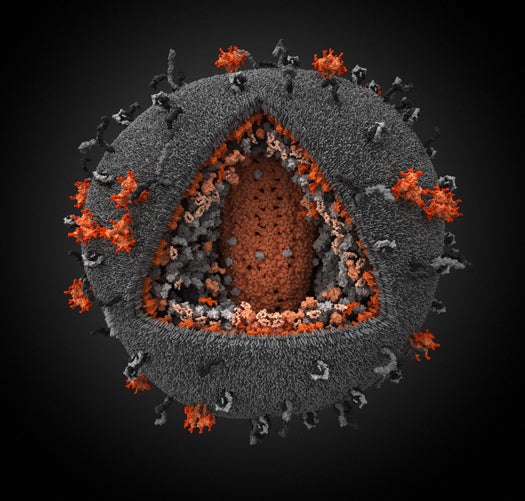 Created from a variety of sources in virology, X-ray analysis, and NMR spectroscopy, the spatial configurations of the the proteins are depicted in accordance with the most advanced understandings of their three-dimensional structures. This image won first prize in the illustrations category. Image courtesy of Ivan Konstantinov, Yury Stefanov, Aleksander Kovalevsky, Yegor Voronin – Visual Science Company
SHARE

We’re always suckers for a good art/science mashup, so perhaps it’s no surprise that we’re feeling pretty good about today’s release of the 2010 International Science and Engineering Visualization Challenge winners. This year’s winning entries included
the most detailed 3-D model of the HIV virus ever made (above), a sweeping infographic primer on the many ways fungi impact our lives, and a non-interactive media project that tracked 3,000 pieces of garbage from their origins in Seattle to destinations across the U.S.

The competition, sponsored by the journal Science and the National Science Foundation, annually recognizes visualizations that engage viewers by leveraging science in interesting and novel ways. Winners are supposed to exhibit not only originality and artistry, but also an effectiveness at communication scientific ideas and creating awareness.

The winners will be featured in a cover story in an issue of Science publishing tomorrow, but we went ahead and gathered some of our favorites here. Click through the gallery link to see some of the best science imagery the last year had to offer.

The World’s Most Detailed 3-D Model of HIV

Created from a variety of sources in virology, X-ray analysis, and NMR spectroscopy, the spatial configurations of the the proteins are depicted in accordance with the most advanced understandings of their three-dimensional structures. This image won first prize in the illustrations category. 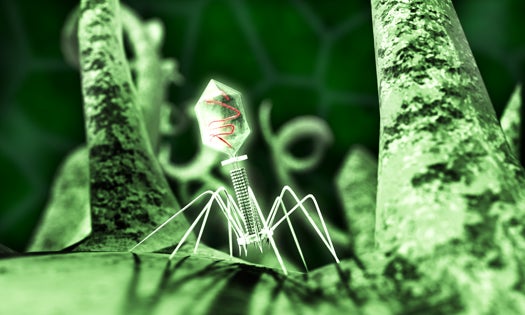 This honorable mention in the illustrations category shows an nterobacteria phage T4 virus taking on a bacterium. Bacteriophages infect bacteria, taking over their functions and using them to replicate and release more viruses. Fortunately, this somewhat-terrifying body-snatching process of happens at a scale far too small to see. 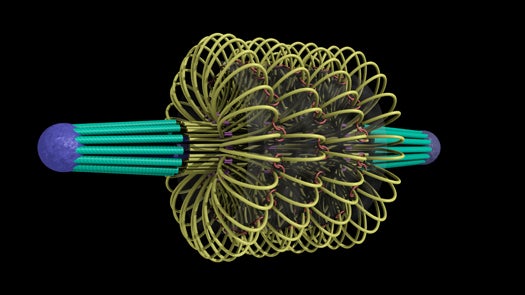 This computer-gen 3-D representation of the structure of a yeast mitotic spindle during metaphase took two years to develop. The yellow represents DNA and the purple depicts condensing proteins. We’re not sure what the rest of it means, but it definitely looks detailed enough to earn its honorable mention in the illustrations category. 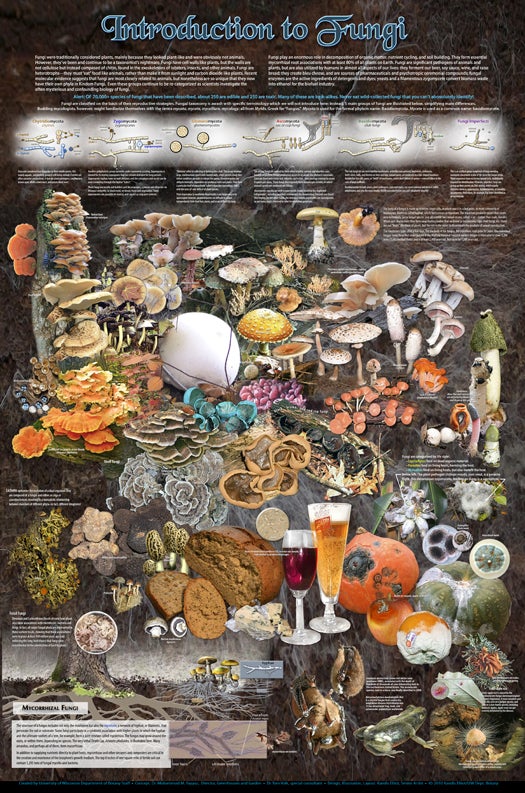 This infographic needs no introduction, for the details are all right there for the viewing. Winner of the Informational Graphics leg of the competition, it briefly describes the vast range of fungi in our world and how they impact our everyday lives in ways seen and unseen. 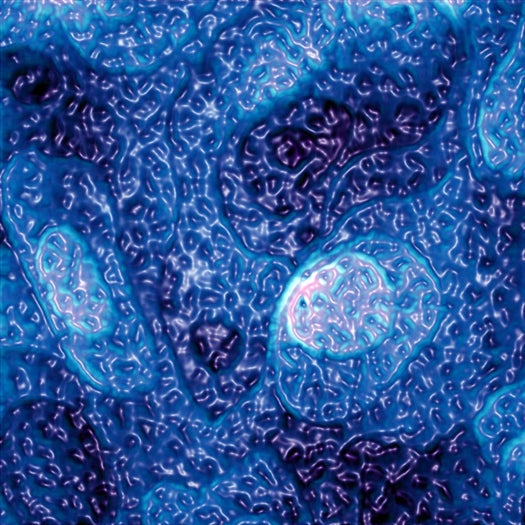 This blue canvas is actually gold. Winner of the photography category, this nano-pic shows two types of molecules on a gold surface forming a self-assembled monolayer that can be manipulated. The ability to manipulate the properties of a surface at the nanoscale could lead to all kinds of exciting materials science breakthroughs. 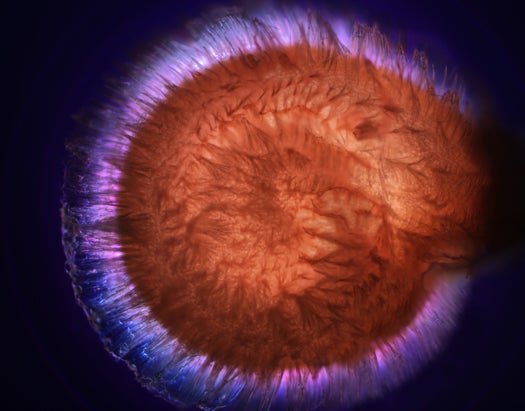 TRICHOMES (Hairs) on the Seed of the Common Tomato

Last in this lineup but certainly not least, this image of the tiny hairs on the surface of a common tomato seed might be our favorite. The hairs secrete a mucinous, membrane like film that helps anchor the seed to the soil and keeps insects at bay.
arts
Health
national science foundation
Photography
Science