More than three decades after scientists concluded that NASA’s Viking missions to Mars had found inconclusive evidence for the existence... 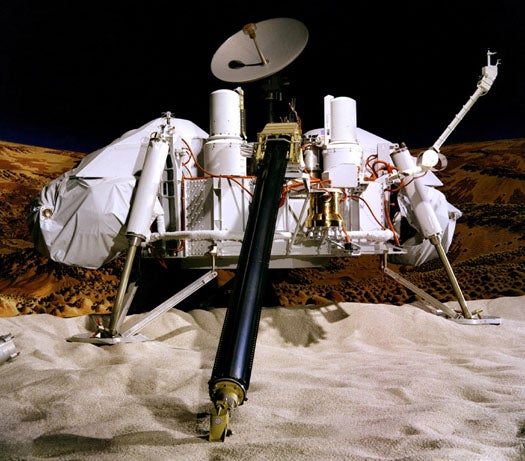 More than three decades after scientists concluded that NASA’s Viking missions to Mars had found inconclusive evidence for the existence of organic compounds on Mars, a new study says not only are there organics on Mars, but Viking found them back in the late 1970s and scientists completely missed them.

The new study of the Viking program’s finding was initiated after the August 2008 discovery of perchlorates in Martian soil by the Phoenix lander. Perchlorates are salts whose powerful oxygen-busting capacity that tends to combust organics.

The Viking team had no reason at the time to think Martian soil was perchlorate-rich, so the tiny trace chemicals they found in the Viking experiment were dismissed as contaminants from Earth. The new study asserts that they were combusted organic compounds, fingerprints of compounds leftover from contact with perchlorates in the soil.

To recreate the experiment, researchers used perchlorate-enhanced soil from the Atacama Desert in Chile, a region considered one of the best Mars analogs on Earth. That soil showed the same telltale fingerprints of combusted organics that the Viking experiment found, suggesting that the Martian soil also contains organics.

However, the researchers emphasize that organics are not the same as life (those following astronomy news over the past couple of months know what happens when NASA whips the blogosphere into a frenzy over rumors of finding signs of life elsewhere in the universe). They are simply organics, which could lead to a better understanding of Mars’ chemistry.

Viking’s failure to find organic compounds was the main argument against sending further missions to Mars to seek them, which has potentially cost researchers years of research time. Fortunately, the search for organics on Mars wasn’t completely abandoned; Mars Science Lab launches in November of this year, and its instruments will resume the study of Martian chemistry, including organics.