When the Tohoku earthquake struck Japan in March of last year, seismometer data allowed authorities to issue earthquake earnings within... 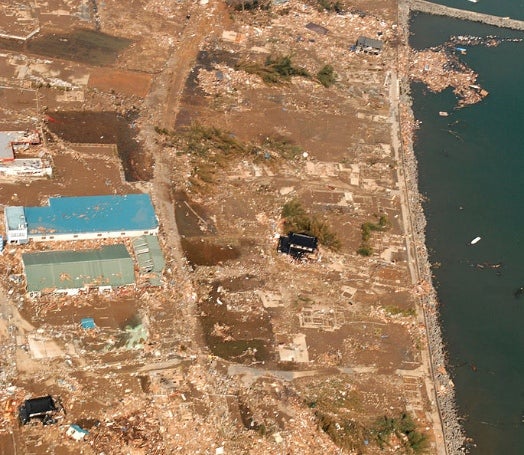 When the Tohoku earthquake struck Japan in March of last year, seismometer data allowed authorities to issue earthquake earnings within eight seconds of first realizing something was seismologically amiss. But their initial readings were not fully accurate, labeling the ‘quake a magnitude 7.1. It took authorities another 20 minutes to revise the magnitude to its real value of 9. Just ten minutes later, the tsunami hit.

They are currently testing a system via hundreds of GPS receivers that dot the Pacific Northwest, providing realtime measurements of ground movement in the Cascadia subduction zone, the tectonic region there with the potential to produce magnitude-9 ‘quakes. When the ground literally moves within the zone covered by the GPS receivers, that location data reaches the lab in just a tenth of a second.

The reason: seismometers are great at accurately fixing a value to small earthquakes. But they have trouble distinguishing between, say, a magnitude-7 and a magnitude-8, and even more trouble the higher you go up the scale. This is partially because big quakes may shake the terrain for longer rather than harder. And its a problem that GPS doesn’t really have to deal with.

By measuring the actual movement of the ground during an earthquake event via GPS, scientists can quickly and accurately define the magnitude of the earthquake, and of any aftereffects it might cause, like tsunami. In the case of Tohoku, the seismologists had underestimated the magnitude of the quake by nearly two full points. That means the early tsunami warnings that went out didn’t account for the full potential of the tsunami risk.

Using the Tohoku earthquake data as a model, the NASA/university research team nailed the true magnitude in just two minutes–ten times faster than the seismometer data in Japan allowed back in March 2011. With faster and more accurate earthquake assessments, authorities can issue better warnings for associated threats like tsunamis–and hopefully that ten-fold savings in time can translate to lives saved. More on this over at Nature.