Every now and again someone raises a stern warning about the amount of space junk orbiting Earth. Those warnings are... 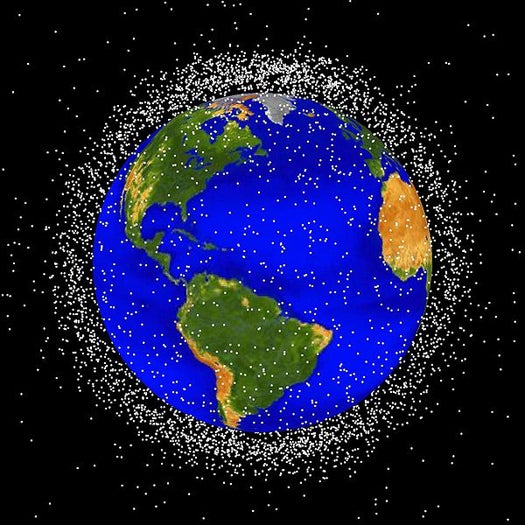 Every now and again someone raises a stern warning about the amount of space junk orbiting Earth. Those warnings are usually met with general indifference, as very few of us own satellites or travel regularly to low Earth orbit. But the DoD’s assessment of the space junk problem finds that perhaps we should be paying attention: space junk has reached a critical tipping point that could result in a cataclysmic chain reaction that brings everyday life on Earth to a grinding halt.

Our reliance on satellites goes beyond the obvious. We depend on them for television signals, the evening weather report, and to find our houses on Google Earth when we’re bored at work. But behind the scenes, they also inform our warfighting capabilities, keep track of the global shipping networks that keep our economies humming, and help us get to the places we need to get to via GPS.

According to the DoD’s interim Space Posture Review, that could all come crashing down. Literally. Our satellites are sorely outnumbered by space debris, to the tune of 370,000 pieces of junk up there versus 1,100 satellites. That junk ranges from nuts and bolts lost during spacewalks to pieces of older satellites to whole satellites that no longer function, and it’s all whipping around the Earth at a rate of about 4.8 miles per second.

The fear is that with so much junk already up there, a collision is numerically probable at some point. Two large pieces of junk colliding could theoretically send thousands more potential satellite killers into orbit, and those could in turn collide with other pieces of junk or with satellites, unleashing another swarm of debris. You get the idea.

To give an idea of how quickly a chain reaction could get out hand consider this: in February of last year a defunct Russian satellite collided with a communications satellite, turning 2 orbiting craft into 1,500 pieces of junk. The Chinese missile test that obliterated a satellite in 2007 spawned 100 times more than that, scattering 150,000 pieces of debris.

If a chain reaction got out of control up there, it could very quickly sever our communications, our GPS system (upon which the U.S. military heavily relies), and cripple the global economy (not to mention destroy the $250 billion space services industry), and whole orbits could be rendered unusable, potentially making some places on Earth technological dead zones.