With so many troops rotating into and out of two different war zones, mental health experts in the U.S. are... 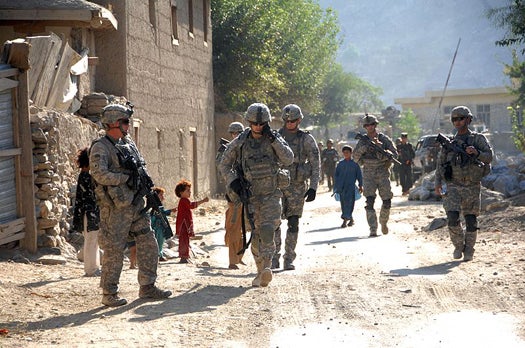 With so many troops rotating into and out of two different war zones, mental health experts in the U.S. are urgently trying to understand the causes – and a means to assuage or prevent – post-traumatic stress disorder (PTSD). Now, a group of researchers at the University of Minnesota and the Minneapolis VA Medical Center may have unlocked the secret to objective PTSD diagnosis: a biomarker in the brain that diagnoses the condition with more than 90 percent accuracy.

The seemingly arbitrary ways in which PTSD strikes, as well as the diverse manifestations of symptoms, make diagnosing it something of a crap shoot. Two people exposed to the same traumatic events – a particularly common occurence among soldiers during wartime – can respond to those experiences completely differently; one is able to return to normalcy while the other is crippled by varying degrees of PTSD. The condition can also remain hidden below the surface, festering without outward symptoms for years before bubbling to the surface. As such, researchers have been scrambling for a way to objectively identify the disorder quickly and effectively.

The Minnesota research group used magnetoencephalography (MEG) to measure the magnetic fields in the brains of a group of a few hundred people, about a third of which were U.S. veterans. MEG employs 248 sensors that record neural activity on a millisecond-to-millisecond basis, far faster than other brain scanning methods like functional magnetic resonance imaging or CT scans, which can only capture activity every few seconds.

Using that millisecond-to-millisecond data, researchers were able to identify biological trends in the brain that accurately identified those suffering from PTSD more than 90 percent of the time. A larger study is needed before researchers can call the results airtight, but better-than-90-percent efficacy offers a lot of promise. By helping doctors identify PTSD cases early on, steps can be taken to minimize the effects of the disorder on troops returning from combat theaters, greatly enhancing quality of life for tens of thousands of servicemen and servicewomen.