While the debate over the legality of waterboarding has raged fiercely since the Bush administration declared that it was not... 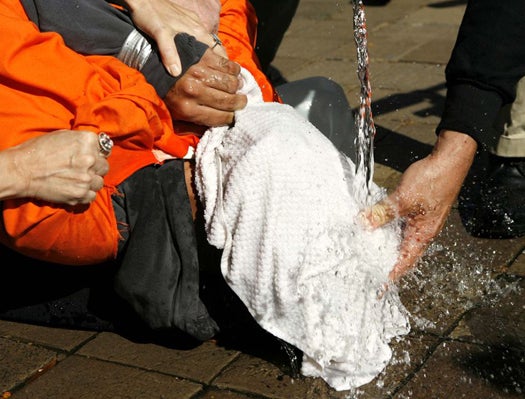 While the debate over the legality of waterboarding has raged fiercely since the Bush administration declared that it was not torture, experts have conducted a parallel debate over the effectiveness of torture as a means of interrogation. After all, legality aside — if it doesn’t work, why do it?

So far, the debate has largely used anecdotes as evidence, but a new paper looks to neurobiology to end the debate. Writing in the journal Trends in Cognitive Sciences, Shane O’Mara, a behavioral neurophysiologist at Trinity College in Dublin, Ireland, claims that torture like waterboarding is specifically designed to interfere with the same part of the brain responsible for memory and decision making.

According to O’Mara, repeated high levels of stress can shrink the hippocampus and prefrontal cortex regions of the brain. Those regions control memory recall and higher level decision making. By attacking those regions of the brain, torture makes the victim more supple and less cagey, but also prevents the detainee from recalling accurate memories and picking the right information to tell interrogators.

Additionally, as those region undergo changes in reaction to torture, the brain becomes more likely to fix false memories. Thus, repeated waterboarding and questioning, like that applied to 9/11 mastermind Khalid Sheik Mohammad, increases the likelihood of false information.

Even worse, interrogators face a great deal of stress from performing the torture. This subjects their brains to the same warping as the victims, making the interrogators more likely to believe the misinformation disseminated by the detainee.

O’Mara then goes on to say that the practice of placing scary insects on detainees may be even more counter-productive than the torture. Controlled exposure to insects is a classic method used by psychologists to help patients overcome fear. By locking the detainee up with an insect, the interrogators are actually helping detainees ignore the very fear they hope to instill.

O’Mara does not confront the moral dimension of torture in his paper, and merely looks to explain what does and does not lead to accurate memory recall in stressful situations. Whether the US government rejects torture as abhorrent, or continues its practice as a necessary evil for protection against a dangerous world, this paper indicates that the torture techniques used up to this point have almost certainly caused more harm than good.