Howard Hawks famously said that all a good movie needs is three great scenes and no bad ones. Well, according... 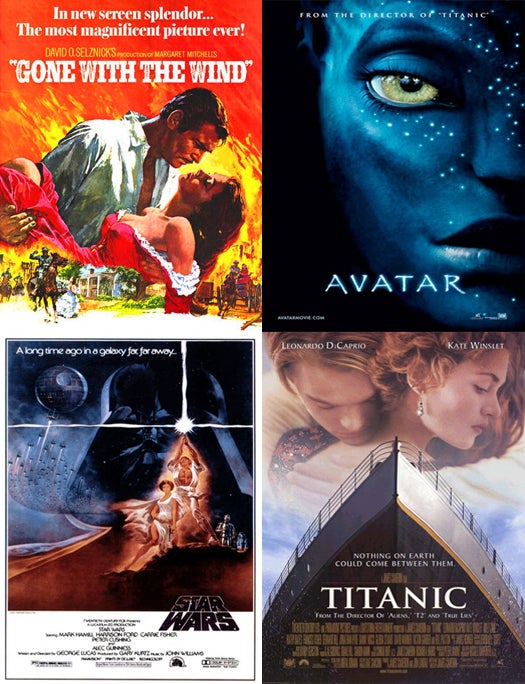 Howard Hawks famously said that all a good movie needs is three great scenes and no bad ones. Well, according to James Cutting, a psychologist at Cornell University in Ithaca, New York, they also need to conform to a special mathematical formula. In a forthcoming paper, Cutting reveals that most modern Hollywood blockbusters conform to a mathematical model for attention span called the 1/f fluctuation.

In his research, Cutting measured the shot length of the 150 highest-grossing movies between 1935 and 2005. He then graphed the varying shot lengths of each movie as a wave. For modern blockbusters, those waves correlated with the 1/f fluctuation attention span waves produced by the University of Texas, Austin, during the 1990s. And the more recent the movie, the closer the movie’s editing schemes matched the 1/f fluctuation.

Cutting doesn’t believe that this increasing conformity to the 1/f fluctuation resulted from a conscious decision on the part of the directors. Rather, he theorizes that films which fall into people’s viewing sweet spot better hold their attention, and thus seem more gripping, and make more money. Then the other directors naturally copy the pace of the more exciting, more profitable movies, and the 1/f fluctuation trend spreads.

However, this formula seems a better predictor of box office than quality. For instance, Cutting found that the Star Wars prequels all conformed nearly perfectly to the 1/f fluctuation. Sure, all three of those movies made a ton of money, but man, did they suck.