How To Fix a Broken Collider: the LHC’s Restart Checklist

Before scientists can put the Large Hadron Collider back to work this month solving the mysteries of particle physics, the... 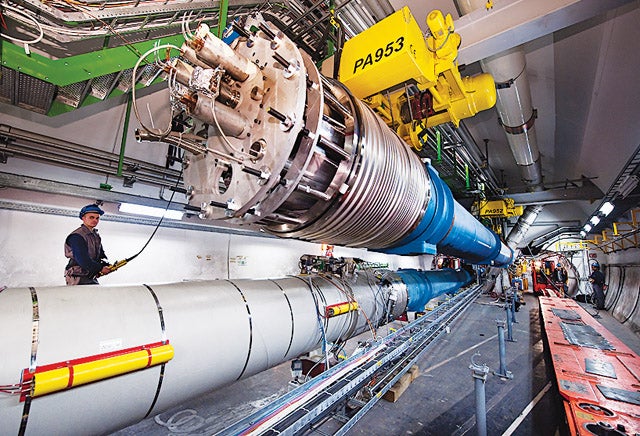 Transport of a magnet from LHC sector 3-4 to the surface in order to be repaired. BRICE
SHARE

Before scientists can put the Large Hadron Collider back to work this month solving the mysteries of particle physics, the LHC’s engineers face critical repairs to the $5-billion device. First up: Fix the 53 superconducting magnets trashed in September 2008 when a power cable broke, causing the magnets to warm above their –458˚F operating temperature and lose conductivity, or “quench.” Then pipes for helium coolant melted, further damaging the magnets.

Here, the other key upgrades and a few of the thousand chores still to go: 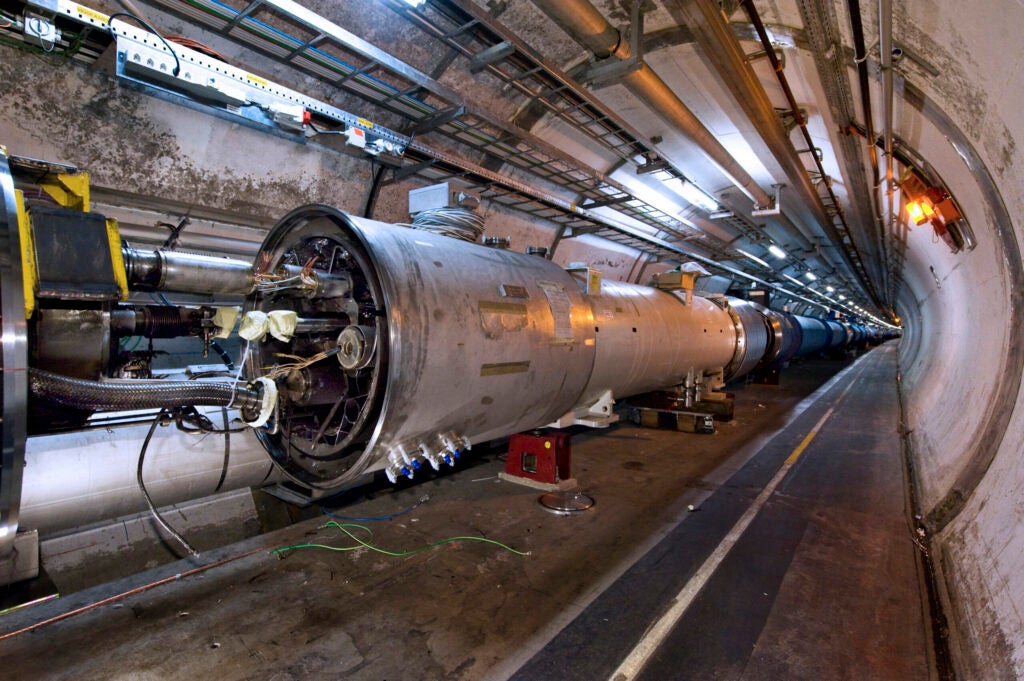 When 53 of the Large Hadron Collider’s magnets overheated and lost connectivity due to a broken power cable last September, it vaporized the stainless steel in the structures and the resulting pressure moved some magnets, causing internal damage. For every three dipole magnets in the LHC, there is one quadrupole magnet, like this one, which is used to focus the proton beam that shoots through the magnets. 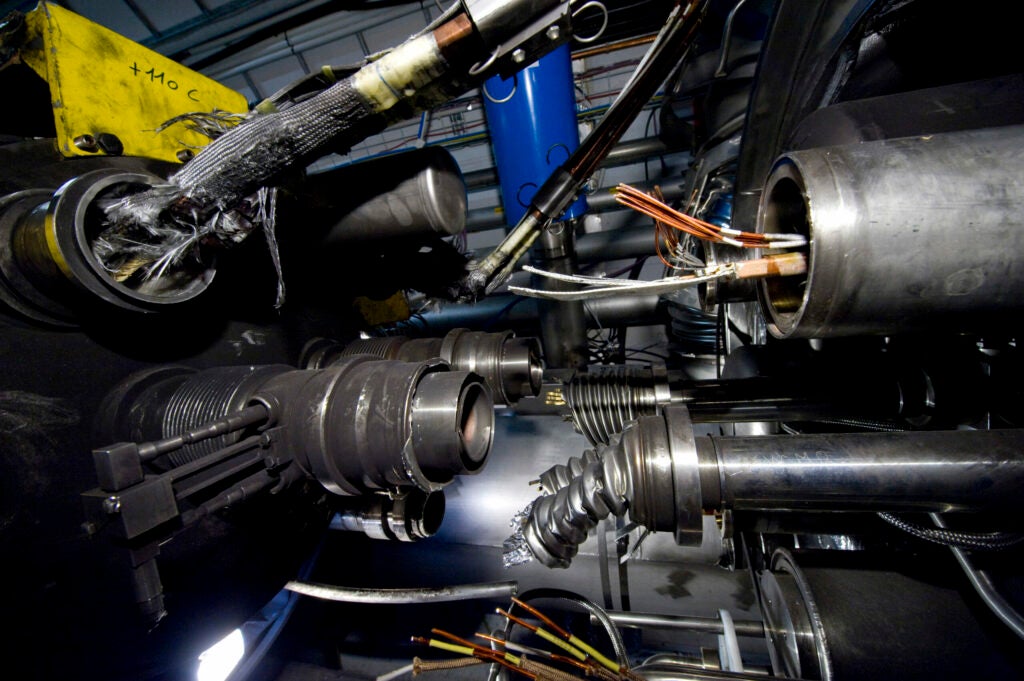 Breakdown: Wires and cables melted in the accident

As the stainless steel vaporized, parts that served as connections between two magnets melted as well. The result was a layer of black dust that covered the structures in that area, which look silver when clean. 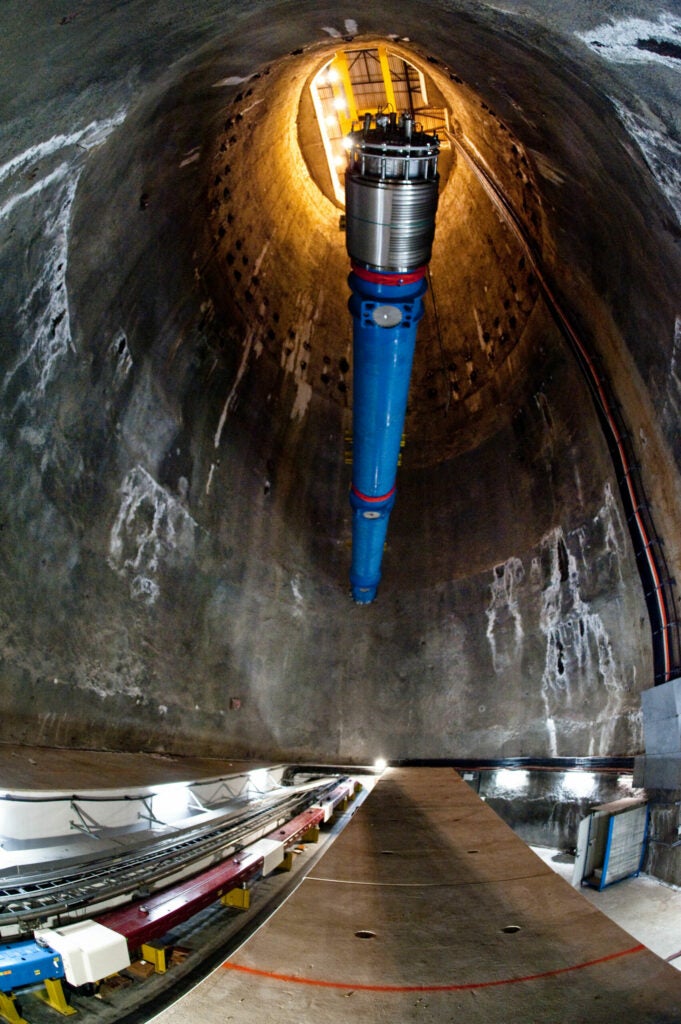 The first step in repairing the damaged magnets was isolating them from each other and moving them above ground. Here you see a 15-meter, 35-ton dipole magnet being lifted approximately 100 meters to ground level, all the time perfectly parallel to the floor. In total, 39 dipole magnets were damaged and later repaired. 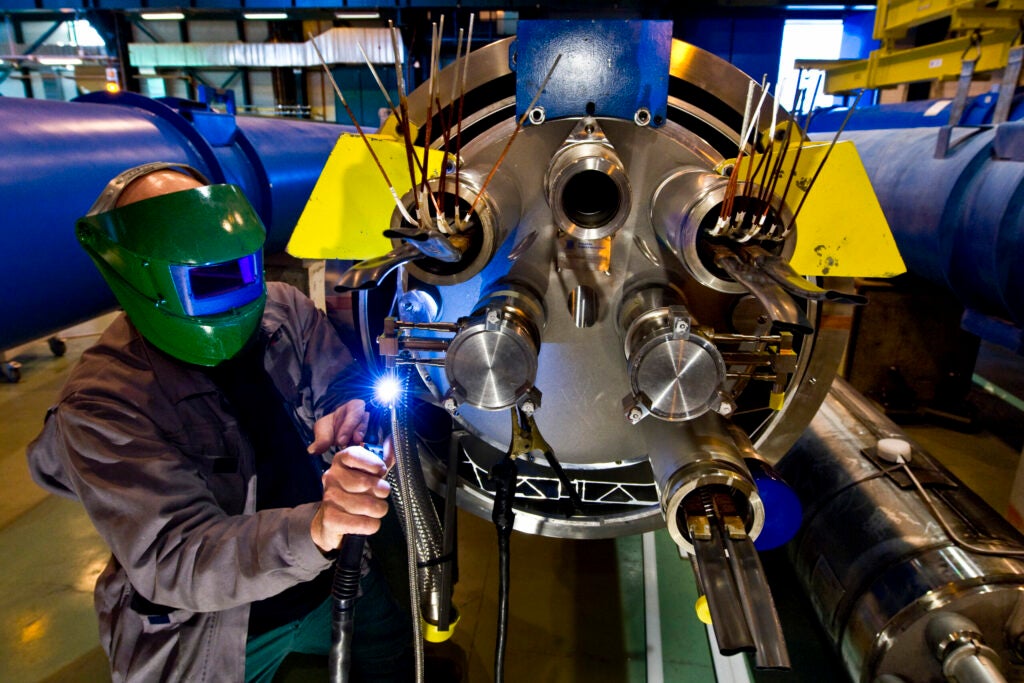 Recovery: Repairwork in an above-ground warehouse on the French-Swiss border

Cern’s damaged magnets underwent repairs at a nearby above-ground site. This man is working on the end of a dipole magnet, which contains six conductors, each of which carried 8,000 amps but were capable of conducting up to 13,000. In superconducting magnets like this one, the internal materials are kept at some of the lowest temperatures imaginable, decreasing resistance and allowing them to generate electricity with virtually no loss of heat. 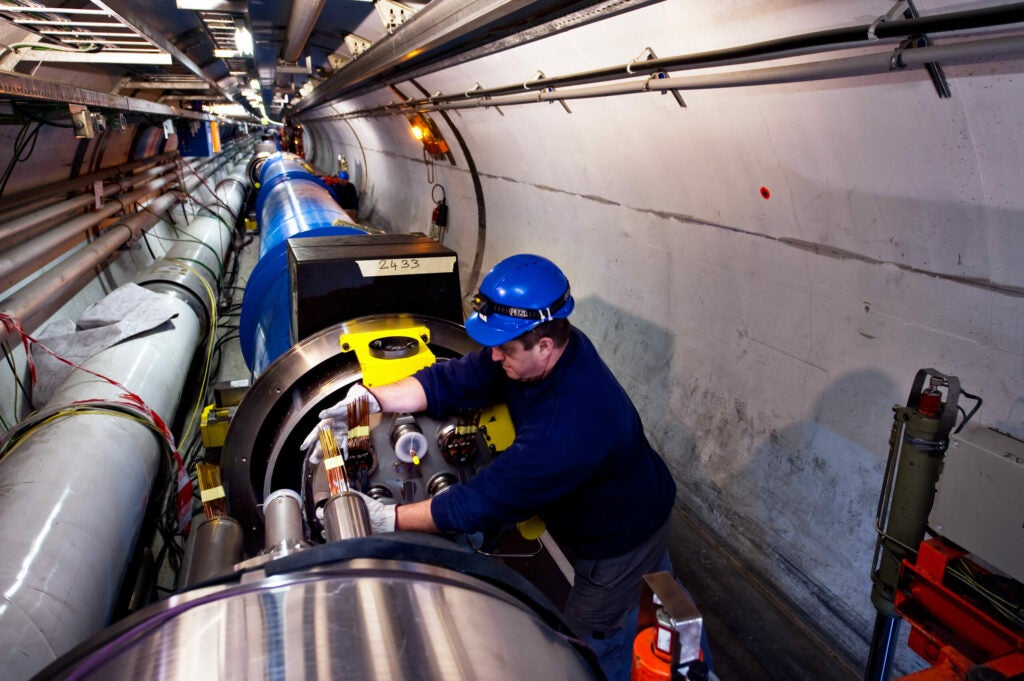 Installation: Replacing a magnet in the 17-mile tunnel

After repairs, workers return the magnets to their original locations, sliding them in slowly between their neighbors. They are situated next to the QRL, a white tube that transports the liquid helium used to cool the magnets. Once in place, the electrical wires will be soldered together and the next round of connections will commence. 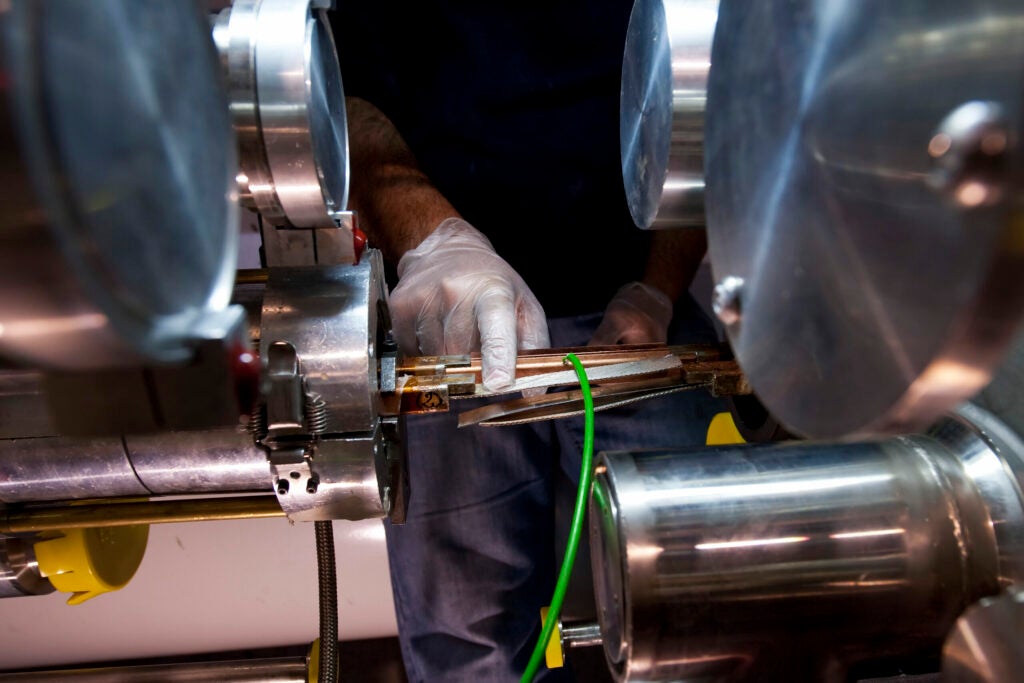 Before the magnets can be used again, they must be properly reconnected and tested. In superconductors, cables like the one this worker is touching must be connected to both magnets. They are then surrounded by copper, which is heated under pressure to solder all the parts together. The process of repairing all 53 magnets took place over the past year, but restoration of the magnets in Sectors 3-4 of the LHC that are seen here was closed on June 23, 2009.
cern
large hadron collider
November 2009
Science
superconducting magnets